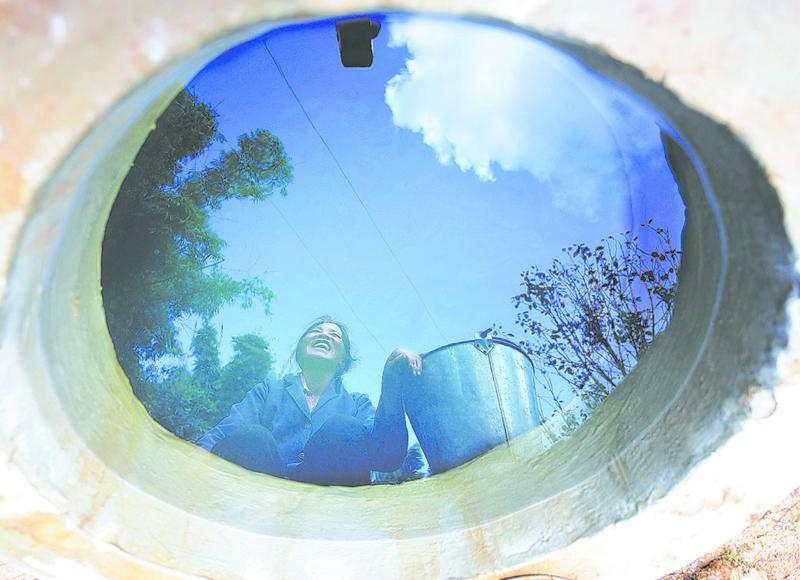 A woman draws safe water from a water cellar established by PepsiCo and the China Women's Development Foundation at a village in Yunnan province. (PHOTO / PROVIDED TO CHINA DAILY)

According to the latest statistics from the United Nations, there are more than 663 million people who lack a safe water supply close to their home, which means they spend countless hours queuing or trekking to distant sources, and/or coping with the health impacts of using contaminated water.

As one of the earliest global food and beverage industry giants to enter the Chinese market, PepsiCo has invested heavily in sustainable development. In October 2016, Pepsi-Co announced a global sustainability agenda, to foster continued business growth in a way that responds to changing consumer and societal needs.

One of the important components of the commitment is to lower the company's impact on the environment and to protect natural resources through enhanced operational efficiency with its suppliers and business partners.

PepsiCo strives to improve the water-use efficiency of the direct agricultural supply chain by 15 percent in high-water-risk sourcing areas by 2025; to improve the water-use efficiency of direct manufacturing operations by 25 percent by 2025 (in addition to the 25 percent improvement achieved since 2006); and to replenish 100 percent of the water it consumes in the manufacturing operations within high-water-risk areas, ensuring that the water is replenished in the same watershed from which it was extracted, by 2025.

The PepsiCo Foundation and its partners will work to provide access to safe water to a total of 25 million people in the world's highest water-risk areas by 2025.

From 2006 through 2015, PepsiCo reduced operational water use globally by 26 percent per unit of production. From 2011 to 2015, PepsiCo saved US$80 million through various measures to conserve water, US$3 million more than the original target.

PepsiCo is also the first food and beverage company to introduce LEED, or Leadership in Energy and Environmental Design, into China. The PepsiCo Asia Research and Development Center in Shanghai and six factories nationwide have been certified as "green plants" by LEED－global authorities on environmental design－as they reduce water and energy consumption by more than 20 percent compared with standard industrial facilities.

Seven food plants of Pepsi-Co China have reduced water use by more than 67 percent in 2017 compared to their use in 2006.

In terms of sustainable agriculture, PepsiCo China has introduced dripping and sprinkling irrigation technologies to its domestic potato farms, reducing water consumption by up to 50 percent compared to the traditional model of flood irrigation.

From 2013 to 2016, the Ministry of Agriculture and Pepsi-Co co-hosted three training sessions on sustainable agriculture and potato farm management in Inner Mongolia, sharing its experience in water conservation and irrigation with agro-technicians and management professionals from more than 10 provinces and autonomous regions.

PepsiCo also has a 17-year partnership with the Water Cellar for Mothers Program by the China Women's Development Foundation. Contributions from the PepsiCo Foundation, PepsiCo China and company employees have exceeded 55 million yuan (US$8.75 million)－funds have built more than 2,300 water cellars, funded construction or upgrading of more than 200 centralized small-scale water supply facilities, enabled 125 school safe drinking water projects, and trained nearly 180,000 people in the countryside about water conservation.

About 900,000 people in 10 provinces, including Sichuan, Yunnan and Gansu, have directly benefited from these charity contributions.