By Evelyn Yu in Hong Kong 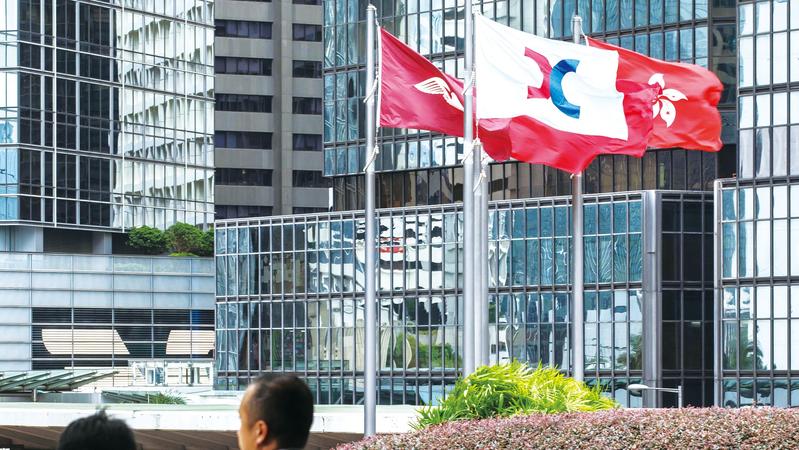 This undated photo captures the flag of the Hong Kong Exchanges and Clearing Limited (right) is hoisted next to China's flag (center) in Hong Kong. (PAUL YEUNG / BLOOMBERG)

Tencent Doctorwork has entered into a collaboration agreement with Union Medical Healthcare; they aim to open 20 Internet-backed clinics in the next two to three years in Hong Kong.

Currently Tencent Doctorwork has three clinics in Beijing, Chengdu and Shenzhen, and plans to increase the number to 300 clinics in the next three years.

Eddy Tang, chairman and chief executive of Union Medical Healthcare, said he was excited to work with Tencent as it can effectively modernize the healthcare system in Hong Kong, a sector that has “lagged behind” with many daily operations still involving a lot of paperwork.

Tang did not disclose the amount of Tencent’s investment, saying he did not “rule out” the possibility that Tencent will invest as an equity investor in the future collaboration.

The clinics would enjoy the social media giant’s unparalleled internet traffic that could direct patients to the businesses.

Tang disclosed that Union Medical would work with Tencent in Wechat, the mainland’s biggest social network, and use other ways to leverage Tencent’s massive internet traffic. It is a common practice for Tencent to embed mini programs that could direct users to the websites of its affiliated firms.

As the country attached great importance to development of the Guangdong-Hong Kong-Macao Bay Area, Tang believed such intelligent clinics in Hong Kong could also seize great opportunities in “medical tourism”, attracting customers from nearby regions to its general practice clinics.

Tencent has been seen ramping up its presence in medical and healthcare sector. Hong Kong medical services company C-Mer Eye Care Holdings, which counted Tencent Holdings chairman Pony Ma Huateng as one of its cornerstone investors, saw its stock soar 76 percent on its trading debut.