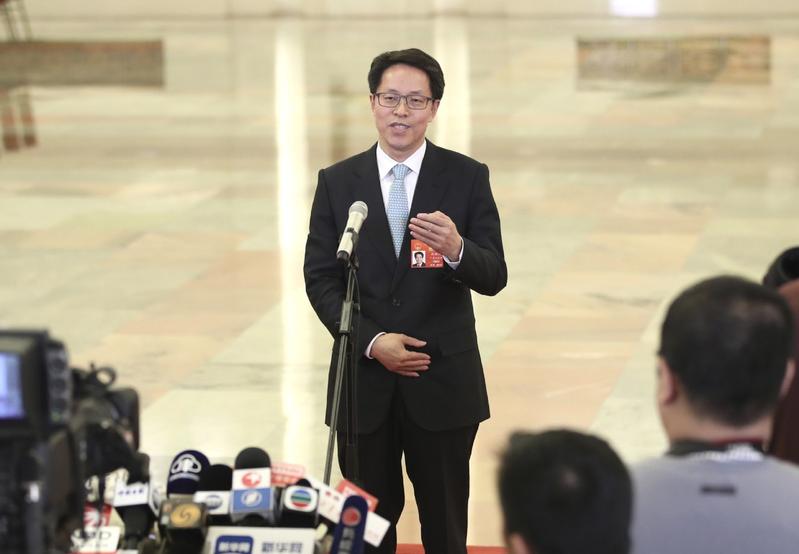 The central government will give unwavering support to Macao for its transition to a more diversified economy, the head of the nation's top body in charge of Hong Kong and Macao affairs vowed on Friday.

Zhang Xiaoming, director of the Hong Kong and Macao Affairs Office of the State Council, stressed the central government's policy direction at the "ministers' passage" at the Great Hall of the People during the annual two sessions in Beijing. He believes that the SAR will have a prosperous future under the nation's support.

Macao has pushed ahead with the plan to transform Macao into a world-class tourism and leisure center, and a commerce and trade cooperation services platform between China and Lusophone countries, Zhang said.

The SAR also has put considerable efforts in emerging industries, such as Traditional Chinese Medicine research, characteristic finance, and culture and creative industry.

Zhang said that the central government will give full support to these plans to help the SAR achieve greater development.

Meanwhile, this August marks the election of the fifth Chief Executive of the Macao SAR. Zhang said he believes the election will be held in accordance with laws.

He also reiterated that the new chief executive should love the country and the SAR. He or she must be trustworthy and capable of governing the city.