SAR is riding high in developing technology and innovation 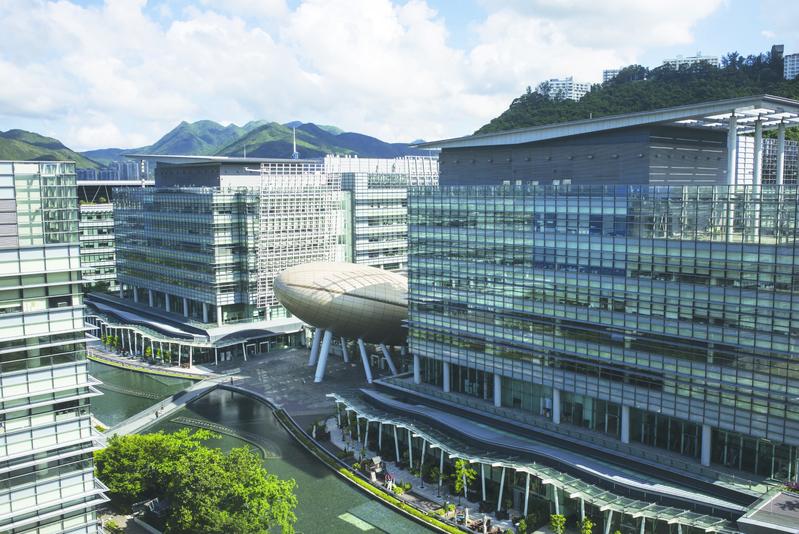 The iconic Charles K Kao Auditorium stands among buildings in Hong Kong Science Park. The technology hub will accommodate more laboratories set up by world-renowned researchers by the end of this year as it expands. (JUSTIN CHIN / BLOOMBERG)

Hong Kong is pulling out all the stops in finetuning policies and ramping up infrastructure, education and support for talents to cement its status as a global technology and innovation hub, as the city prepares to celebrate the 22nd year of its return to the motherland.

Policy-wise, Hong Kong is going the extra mile in promoting scientific and technology cooperation with the Chinese mainland

The special administrative region’s aspiration to be a world inno-tech center resonates with the central government’s Guangdong-Hong Kong-Macao Greater Bay Area blueprint under which Hong Kong strives to develop innovation and technology industries, as well as high-end services, to augment the nation’s manufacturing base on the east bank of the Pearl River Delta, with Shenzhen and Dongguan as its core.

Policy-wise, Hong Kong is going the extra mile in promoting scientific and technology cooperation with the Chinese mainland.

Applications to launch biotechnology and artificial intelligence projects under the Agreement on Commencing Jointly Funded Projects between the Ministry of Science and Technology and the Innovation and Technology Bureau of the HKSAR Government closed earlier this month. The pact, which was signed in September last year, aims to provide funding support for collaborative research and development projects north of the boundary.

From February, the Technology Voucher Program has been turned into a regular funding program under the Innovation and Technology Fund, with the funding ceiling raised from HK$200,000 (US$26,000) to HK$400,000 per applicant, while eligibility has been widened to cover companies incorporated and registered in Hong Kong under the Companies Ordinance and statutory bodies set up in the city.

“In the past two years, we’ve invested more than HK$100 billion in information and technology programs and initiatives. My government has also introduced tax deductions of up to 300 percent for local research and development work undertaken by private companies. Subject to Legislative Council approval, a HK$3 billion matching grant will be made available to match private donations to universities in R&D,” Chief Executive Carrie Lam Cheng Yuet-ngor said at the Hong Kong Young Academy of Sciences inauguration ceremony and Science and Technology Forum earlier this month.

In infrastructure, the first phase of Hong Kong Science Park’s expansion program, as well as an on-site InnoCell, a data technology hub and advanced manufacturing center at Tseung Kwan O Industrial Estate, is set to be completed before 2022.

In addition, Cyberport 5 will help the city’s inno-tech hub to accommodate more technology companies and startups. It is expected to offer about 66,000 square meters of floor area by the time of its commission. A microelectronics center is also planned to house smart production lines to back the government’s reindustrialization program.

Government financial support to bolster scientific and technology education to provide adequate talents for the inno-tech sector is also on the cards.

“We’ve injected additional recurrent funds of at least HK$8.3 billion into the education sector since I assumed office in 2017,” said Lam.

“On top, we’ll inject another HK$500 million for the establishment of Information Technology Innovation Labs and related activities in all publicly funded secondary schools.”

Besides funding for cultivating talents, Hong Kong runs a three-year pilot scheme to help eligible technology companies to fast track the admission of overseas and mainland technology talents to undertake R&D work in the SAR.