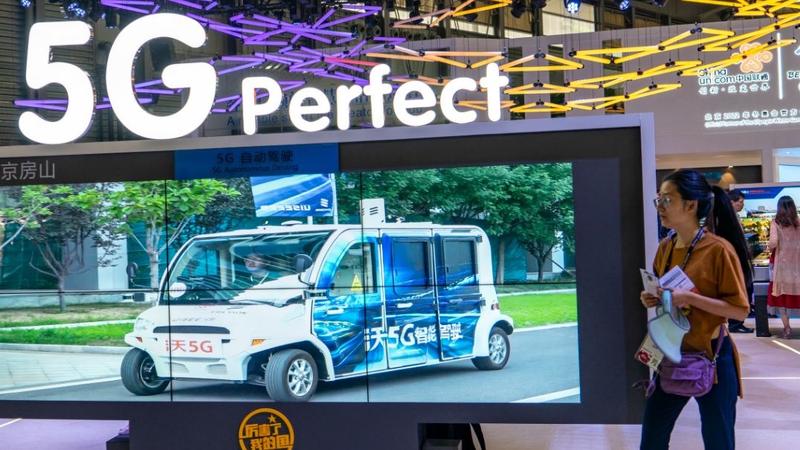 In this undated photo, a visitor walks past a China Unicom LED display at a high-tech exhibition in Beijing. (PHOTO / PROVIDED TO CHINA DAILY)

China is exploring a merger between two of the nation’s three wireless carriers, according to people familiar with the matter, as the nation seeks to speed up the development of 5G and gain an advantage over the US in the race to dominate the mobile technology.

The country’s top leaders are reviewing a proposal to combine China United Network Communications Group Co and China Telecommunications Corp but no decision’s been made and a merger may not happen, said the people, who asked not to be identified discussing a private matter.

The combination of Unicom and China Telecom would create a carrier with more than 590 million mobile-phone subscribers, a number that would be second only to China Mobile among wireless operators worldwide

At stake is the ability to shape and control 5G, the high-speed wireless technology billed as the key to revolutionizing how we use everything from home appliances to cars. Concerns that China could get the upper hand led to US President Donald Trump to block Broadcom Inc’s bid to buy chipmaker Qualcomm Inc, in what would have been the biggest-ever acquisition in the technology industry.

"5G success is one of the most important goals to China and the merger is the perfect solution to what China wants to achieve," said Edison Lee, an analyst at Jefferies Hong Kong Ltd, who’s been flagging the possibility of a merger between the two companies since July and as recently as last month. "As we head into another step up in the US-China trade war, we believe the State Council would be more eager to think fresh and more radically about how to accelerate 5G rollout."

The Hong Kong-listed vehicles of the two state-run companies, both of which trail China Mobile Ltd in scale, surged on Tuesday. China Unicom (Hong Kong) Ltd climbed 5.9 percent, the biggest gain since November 2016, while China Telecom Corp rose 4 percent to the highest close since Jan 29. Their combined market value increased to more than US$77 billion.

Chinese media has speculated on a possible merger, though executives at Unicom and China Telecom have played those down as recently as last month at their earnings briefings. On Tuesday, Unicom said it isn’t aware of a merger, a comment echoed by China Telecom. The State-owned Assets Supervision and Administration Commission, which oversees China’s state-owned enterprises, and the Ministry of Industry and Information Technology didn’t reply to queries.

The combination of Unicom and China Telecom would create a carrier with more than 590 million mobile-phone subscribers, a number that would be second only to China Mobile among wireless operators worldwide. The proposal being reviewed argues that a merger could speed up the government’s ability to push through its 5G ambitions because a combined company could make the necessary investments more easily than separately, the people said. 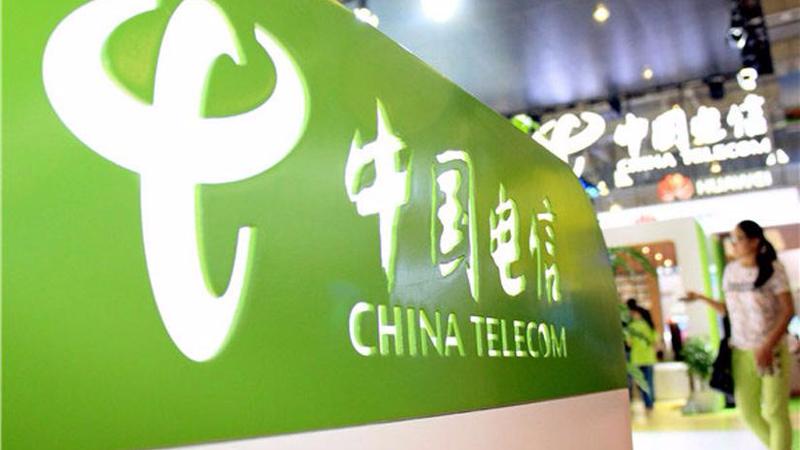 The Chinese government has been considering the merger of the two carriers for years but escalating tensions with the US have raised the urgency of the matter, the people said. For example, the US’ recent temporary export ban on ZTE Corp, which nearly crippled the company because of its reliance on American technology, helped give China reason to make 5G development a higher priority, the proposal argues, according to the people.

A merger would also signal that the Chinese government would be willing to sacrifice the benefits of local competition over the speed of 5G adoption by reducing its number of phone operators to two. Most markets worldwide have three to four carriers.

China holds a narrow lead over the US and South Korea in 5G readiness, thanks to proactive government policies and industry momentum

China’s had its share of setbacks during its campaign. Huawei Technologies Co, the world’s largest maker of equipment for phone networks, and ZTE were banned last month from selling their gear to a US ally, Australia, which cited security concern. Huawei and ZTE, which aren’t able to sell their network gear to US carriers as well, have disputed they represent any such risk.

In its opposition of the Broadcom-Qualcomm deal, the US argued that the acquisition would likely cut Qualcomm’s spending on research and development, indirectly giving Huawei a greater advantage in the race to develop 5G wireless standards and equipment.

The deal would have left "an opening for China to expand its influence on the 5G standard-setting process," the Committee on Foreign Investment in the United States, or CFIUS, wrote in a letter dated March 5. Because of the "well-known US national security concerns about Huawei and other Chinese telecommunications companies, a shift to Chinese dominance would have substantial negative national security consequences,” it said.

Not everyone is cheering a potential merger.

"We don’t see any rationale for a merger of the two," Steven Liu, an analyst at China Securities International in Hong Kong, wrote in a note on Tuesday. "Instead, we believe a merger of the two could disorder the industry’s competitive landscape and restore monopoly and inefficiency."

Communications technology is part of "Made in China 2025" program to make the country a leader in a range of high-tech industries. China holds a narrow lead over the US and South Korea in 5G readiness, thanks to proactive government policies and industry momentum, according to a report by research firm Analysys Mason.

Beyond geopolitics, a merger between Unicom and China Telecom would form a more formidable challenger to China Mobile, which boasts more than 900 million subscribers, in the world’s biggest mobile-phone market. It may also raise concerns at recently listed China Tower Corp , whose business model makes the company benefit from more carriers, not fewer. China Tower shares fell by a record 6.8 percent.