Eleanor Watson, a curator with London’s Design Museum, shares the experience of putting together her first Global Grad Show — a celebration of innovation for social and environmental good by university graduates held as part of Dubai Design Week from November 12 to 16 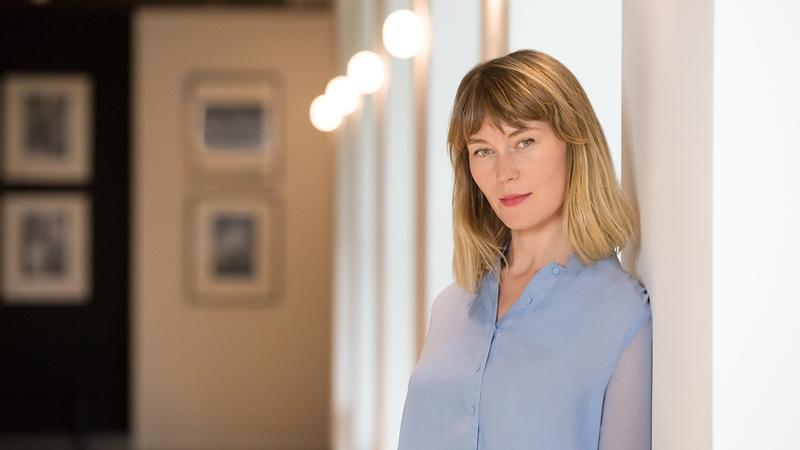 Do you remember any project leaping off the page while judging the entries?

There was one that made me smile — “Familie Hempel” (designed by Marie Radke, University of Arts, Berlin). It’s four pieces of furniture celebrating mess in the house. The student pointed out that since everyone probably has such a chair at home and demonstrates such behavior, why don’t we acknowledge this and stop pretending that we have this perfect Airbnb lifestyle where everything is completely clear and tidied away?

A project like this draws attention to the fact that an interesting design can be enjoyed for the sheer aesthetic pleasure, or as you pointed out, for its humor…

Humor is an important way of making people engage with questions. For instance, “Self-Esteem Shapers (by Camille Menard, Ecole Boulle) features a circular mirror and bungee cords. It’s an exercise tool that confronts users with the vanity of what they are doing. The designer has also made a series of short films with subject specialists questioning the clean-living boom at the moment. Why is it that young people are so obsessed with managing their bodies? I think it’s about people thinking they are losing control. If you don’t have control over your government, your environment or the really big major forces, you can try to take control of your body.

There seems to be a focus on women's health in GGS 2019.  Did you seek out projects like “Stand Up(right) for a Safer Childbirth” (Malin Bjorklund, Konstfack University of Arts, Crafts and Design); “CAMSY: Cardiac Monitoring System” (Silvana Clavuot, Zurich University of the Arts), or “Hark: An Over-the-Counter Rape Kit” (Antya Waegemann, School of Visual Arts, New York), or did they all come together organically?

We were spoilt for choice this year. We had over 1,200 submissions of which we selected 150. I did not have to go seeking anything, they all came to us. We were just looking for the strongest issues identified by the students and an intelligent solution for it — that’s the main benchmark. Of course, you want to make sure that there is geographical diversity and also diversity in terms of the types of issues they are tackling, whether it’s education, healthcare, environmental responsibility or gender equality.

The focus on women’s health is long overdue. The vast majority of medical trials are conducted on men. A lot of medical devices are suited to men’s bodies rather than that of women which could be extremely dangerous. For example, “Camsy” (is an attempt to find a solution for the fact that) women show very different symptoms compared to men when they have a heart attack. Often they don’t recognize nausea and dizziness as a symptom of heart attack. 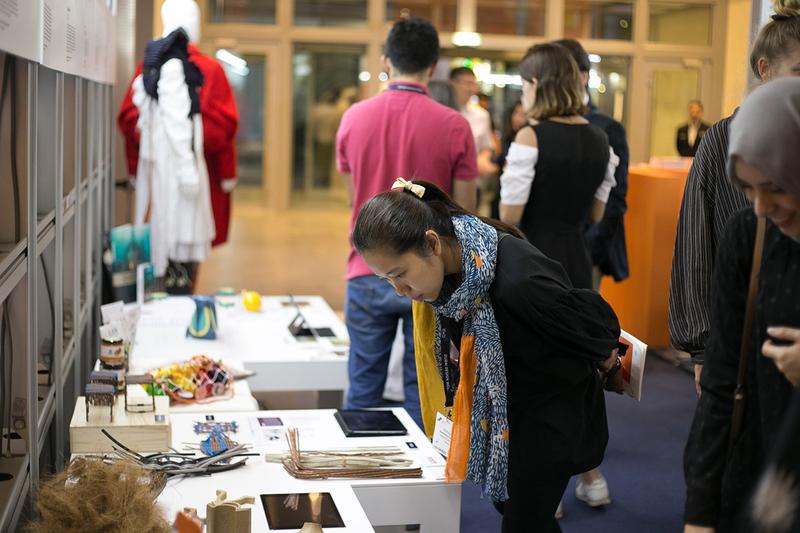 Was it a conscious decision to source projects from the emerging countries, such as “Zambeel” (Zeenat Nasir, University of Karachi) and “Weaving Electronic Waste” (Jitra Duangsang, Chiang Mai University)?

We make sure that universities across a huge geographical diversity apply (to the program) to be able to see what’s going on in the emerging markets. As a curator it was a pleasure to find these projects responding to needs I did not know existed. For example, I discovered that one-third of the population in Pakistan still cook using the three-stone technique (“Safe Cooking”, Sarmad H. Jaffry, University of Karachi). They pick up three stones from the side of the road, put some wood in the middle and light a fire to do their cooking. It’s risky and also hazardous (the cook risks inhaling toxic fumes). Jaffry has designed this very, very inexpensive light-weight portable cooking stove and the impact of that will be huge, given one-third of Pakistan’s population is a huge number.

You probably already know of the entrepreneurship program being run this year. All 150 selected exhibitors are advised to go through an online training, attend a boot camp, and pitch to the investors at the end of it. Twenty-five participants signed up, as not all designers want to be entrepreneurs.

Four of the selected projects are from UAE universities. Would you like to pick any one of these and tell us why you chose it?

There’s a very nice project from Fatma Alshamsi of Zayed University called “Multigenerational Vertical Freej”. She’s created a new housing typology that allows flexibility for the ageing population to be housed in a nice way. It’s basically building up hyper-local community spaces within the building so that when you are older it’s easier to be out and about and see your neighbors and family.

“Reimagine.farm” is another really great project by Barkin Simsek from New York University, Abu Dhabi, which is using fogponics. Hydroponics is an extremely efficient system now made even more efficient by using fog instead of running water.

There are quite a few AI-driven projects in GGS 2019. I wonder what your thoughts are about concerns that wider application of AI and robotic technology will reduce the number of jobs. 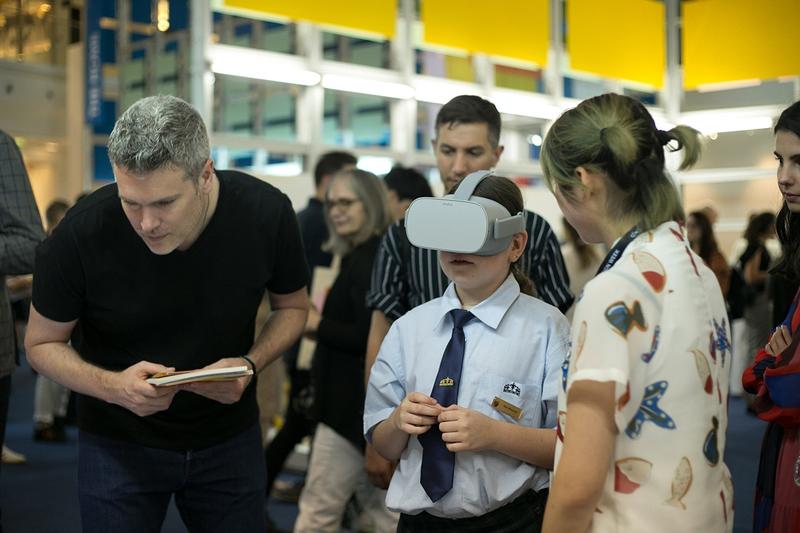 It’s a reality that AI and automation will remove a number of currently-existing jobs. There is a nice project by Mael Henoff of Central Saint Martins called “Democratizing Technology”. He worked with a community group in Jaywick, UK. Already 60 percent of the population there have lost their jobs or will not be able to find jobs because of large-scale automation. Mael helped the community build a DIY crypto-currency-miner so that they could make money rather than having to rely on their previous jobs.

I think the way of not being scared of something is to demystify it, try to make people feel they are more in control. The talk about AI and the big tech companies planning to use them make it seem that they are all-seeing and all-knowing, impenetrable. Take, for example, Google Translate. (When it arrived), everyone said Google Translate is amazing but it also meant you will never need a translator again. But Google Translate was built up by having translators put in the information, by generating loads and loads of data through human input. It’s not an abstract force…

The idea of en masse robotization of industry is probably the antithesis of that of “the maker”, which is about putting one’s individual, potentially imperfect, stamp on an already existing product. Would you like to illustrate this with a few examples from the exhibition?

We are all aware that there are huge systems that are in a very large part controlling our lives. I think projects like these are a response by young people who feel a need to take back a certain degree of control. Maker revolution is about people wanting to have access to certain basic tools to be able to produce things for themselves.

Would you say the flawed nature of these products is where part of the charm lies?

I think in a way it’s resistance to all new electronic products which look very sleek. At the same time they are deliberately designed in a way that you can’t fix it yourself. There’s no obvious way of dismantling it so there’s no obvious way of understanding the contents. It’s designed in a way that you have to buy another one in three years’ time and people are becoming weary of that. (They feel) this sleekness is hiding something and better for things to be flawed for you to take control and ownership of them.

How do you see Global Grad Show’s role in disseminating design education and raising design awareness in the future?

I very much hope that GGS will keep playing a role in showing the general public the absolute breadth of design. I think the strength of the program is in showing that design is many different things. It really does affect huge parts of how you live your life.

There were so many schoolchildren among visitors on the opening day. When you say you’re putting on a design exhibition, a lot of people might say, ‘oh, I imagine there will be lots of chairs!’ Designers do a lot more than that. It would be great if anyone who visits the show goes home and thinks, ‘oh, that app I use to get home has been designed, and the way that I drink my water has been designed.’ It’d be great if people start thinking like that.