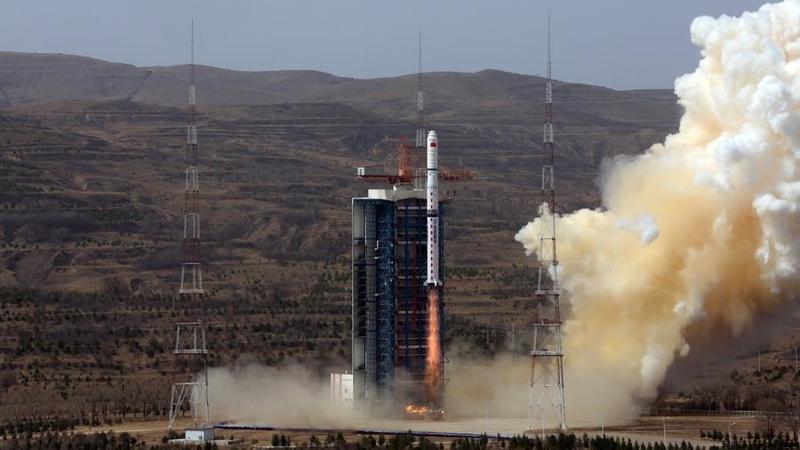 In this photo taken on March 31, 2018, three Gaofen-1 imaging satellites are launched off on the back of a Long March 4C rocket from the Taiyuan Satellite Launch Center in northern Shanxi province. (PHOTO / XINHUA)

BEIJING - China Wednesday received the first package of data from the three high-resolution Gaofen-1 satellites launched on March 31, according to the Institute of Remote Sensing and Digital Earth of the Chinese Academy of Sciences.

The package of data with a total size of 166.31 gigabytes was received by the remote sensing satellite ground station in Miyun on the outskirts of Beijing.

The three satellites form a constellation and will be used in fields such as land and resources surveys, disaster monitoring, emergency response, environmental protection and agriculture.

The satellites, developed by China Aerospace Science and Technology Corporation, have a designed life of six years.

Ground stations in Miyun, Kashgar, Sanya, Kunming, as well as one in the Arctic, are responsible for receiving the data.