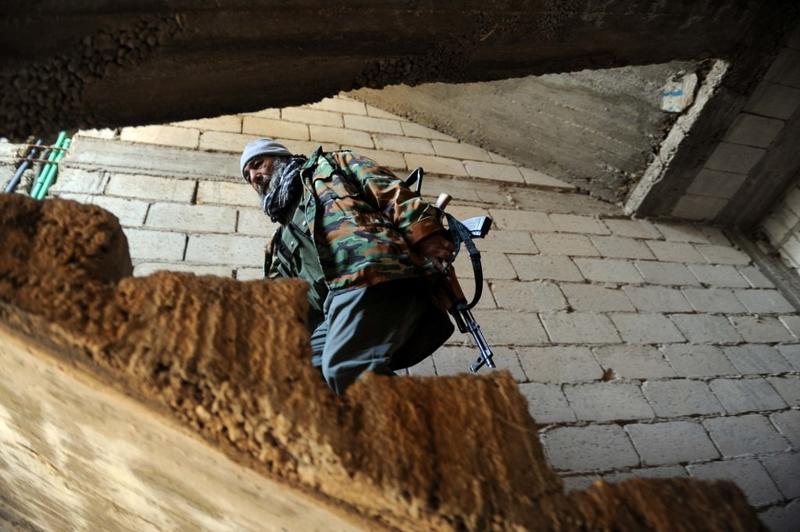 A militant with the Free Syrian Army walks up a flight of stairs in the northwestern city of Idlib, on Feb 21, 2012. (BULENT KILIC / AFP)

Maj Gen Viktor Kupchishin, the head of the Russian military's Reconciliation Center in Syria, said the Syrian army was fighting back against the offensive in Idlib province.

Kupchishin said militants captured by Syrian troops spoke of a plan to stage fake chemical attacks in the towns of Saraqib and Jarjanaz and blame them on government forces. He claimed the militants had created a special "Chemical Wing" to produce and stockpile toxic agents.

The US State Department disputed that claim, calling it an attempt to distract attention from efforts by Syrian President Bashar Assad begin using chemical arms again.

The US continues "to see signs that the Assad regime may be renewing its use of chemical weapons, including an alleged chlorine attack in northwest Syria on the morning of May 19, 2019," a State Department statement said later Tuesday. It said US officials are still investigating that incident.

The statement said the Russian allegations "are part of a continuing disinformation campaign by the Assad regime and Russia to create the false narrative that others are to blame for chemical weapons attacks that the Assad regime itself is conducting."