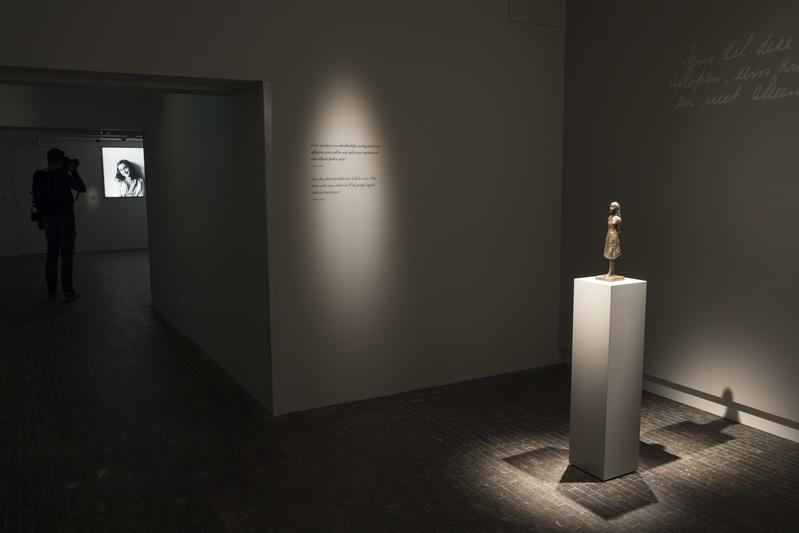 A photographer, rear left, takes pictures of a room where images of Anne Frank are projected, as a statue of Anne Frank is seen, right, at the renovated Anne Frank House Museum in Amsterdam, Netherlands, Nov 21, 2018. (PETER DEJONG / AP)

AMSTERDAM — The museum built around a secret annex in a canal-side house where Anne Frank hid from Nazis during World War II has been renovated to better tell the teenage Jewish diarist's tragic story to a new generation of visitors who may know little about the horrors of the Holocaust.

Museum executive director Ronald Leopold said Wednesday the aim is to "provide more information about the historical context and background of the story we represent, which is the story of Anne Frank."

What has remained the same is the museum's moving centerpiece: the Spartan secret annex where Anne wrote her world-famous diary. 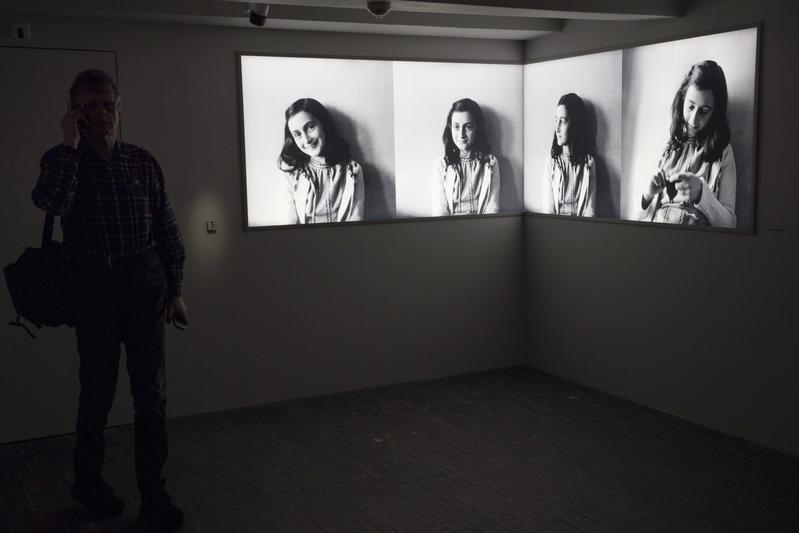 Anne, her sister and their parents hid in the annex with four other Jews from July 1942 until they were arrested in August 1944 and deported to concentration camps. Only her father, Otto Frank, survived.

"Of course we did not change the hiding place itself — the annex — which is the most authentic place where Anne Frank was in hiding and where she wrote the diary," Leopold said.

In a major overhaul spanning two years, the museum got a new entrance and changes to rooms including the darkened space that displays the iconic books that made up Anne's diary. 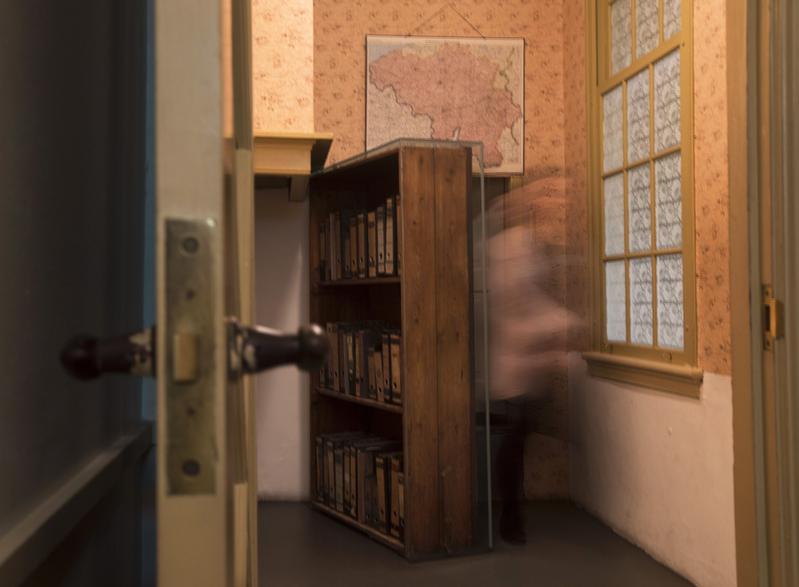 The museum also has revamped the way it tells the story of the Frank family, and by extension the Nazi persecution of Jews.

"What we tried to do is ... use the family history as kind of a window onto a larger history," said Tom Brink, the museum's head of publications and presentations.

That larger history includes the Nazi-occupied Dutch capital during the war "and, of course, European history because all Europe was affected by the Nazi rule," Brink said.

As well as the physical changes, the museum now has an audio tour which pieces together fragments from the diary, family stories and historical perspective. That allowed curators to keep physical exhibits sparse while still explaining the Franks' story and putting it in historical context.

We wanted to preserve the character of the house, which is very much its emptiness

"We wanted to preserve the character of the house, which is very much its emptiness," said Leopold. "I think its emptiness is probably the most powerful feature of the Anne Frank House."

For example, a room that served as the office for Anne's father's company used to contain office furnishings. Now it is virtually empty with just a few photos on the wall. One shows a group of Jewish men in Amsterdam kneeling, their hands on their heads, watched over by a Nazi soldier carrying a rifle.

On another wall is a map drawn up by Amsterdam civil servants for the city's Nazi occupiers with black dots representing the places where Jews lived.

The museum remained open throughout the renovations. Dutch King Willem-Alexander will formally open the refurbished landmark on Thursday.

After the war, Otto Frank had his daughter's diary published, and it went on to become a symbol of hope and resilience that has been translated into more than 70 languages. The building housing the secret annex was turned into a museum in 1960.

Telling Anne's story remains relevant more than 60 years after Anne and her sister both perished in the Bergen-Belsen concentration camp after contracting typhus.

View of the secret annex with it's blacked out windows at the renovated Anne Frank House Museum in Amsterdam, Netherlands, Nov 21, 2018. (PETER DEJONG / AP)

Earlier Wednesday, the head of the European Jewish Congress, Moshe Kantor, warned at a conference in Vienna that "Jewish communities in Europe are increasingly concerned about their security and pessimistic about their future."

Leopold said the museum, which receives 1.2 million visitors annually, has an important role to play in combatting anti-Semitism.

"We run a museum and we know how powerful the influence of this museum is," he said. "A visit ... really has a huge impact on young people and encourages them to fight discrimination, anti-Semitism, racism in their own communities."