Japan sees no talks soon on its export curbs to ROK 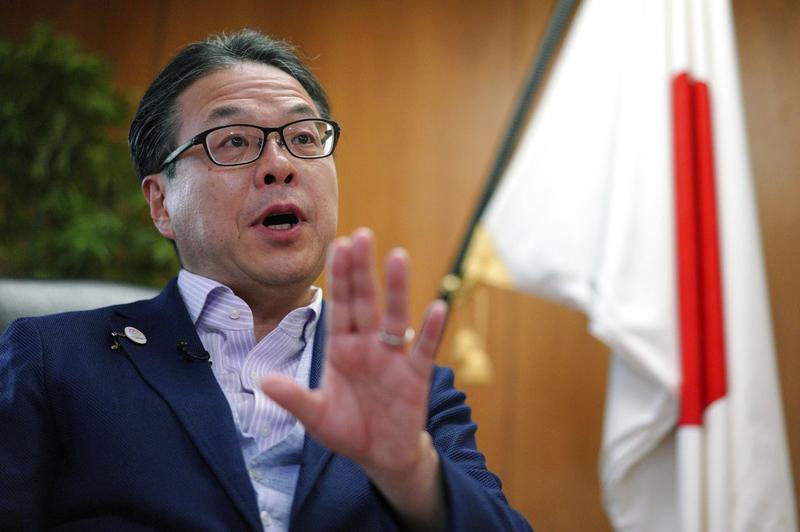 Japan’s Trade Minister Hiroshige Seko speaks during an exclusive interview with The Associated Press at his office in Tokyo, Aug 23, 2018. (EUGENE HOSHIKO / AP)

TOKYO / SEOUL - Japan doesn’t see a quick resumption of talks with the Republic of Korea (ROK) on export restrictions for materials vital to its tech sector, as a deadline approaches for Tokyo to step up curbs on its neighbor.

Economy Minister Hiroshige Seko told reporters Tuesday that export controls were not a matter for international organizations. His comments came the day after ROK President Moon Jae-in called for jointly commissioning an investigation by an international organization, saying Japan had chosen materials needed for “the core elements of the Korean economy’s competitiveness.”

Japanese Prime Minister Shinzo Abe’s government has said its move stems from concerns about ROK’s control over sensitive materials and that it could make a decision as soon as July 24 on whether to remove Seoul from a so-called “white list” of trusted export countries treated as presenting no risk of weapons proliferation.

The first face-to-face discussions between Japan and ROK about the export controls on Friday exposed deep divides between the two US allies, with each side providing differing accounts of what was said.

ROK has been stepping up pressure on Japan to withdraw the newly imposed trade controls, which require approvals for all sales of certain materials used in many high-tech products.

Moon said Monday the measure threatens to shatter economic cooperation between the neighbors and could damage Japan more than ROK. Moon accused Japan of abusing its leverage in trade to punish ROK over their historical dispute.

The Abe government argues it must impose new licensing requirements on ROK purchases of three specialty production materials to ensure they don’t fall into the wrong hands.

Japan says the three materials subject to its export control measure can only be sent to trustworthy trading partners. Japanese officials have suggested there may have been transfers of sensitive materials from ROK to the Democratic People's Republic of Korea in a violation of UN sanctions on the DPRK. Seoul has dismissed as groundless such a view and proposed a UN investigation on it.

"From the beginning it was clearly stated that this review was for national security purposes, to appropriately implement export controls," Seko told reporters. "It has been consistently explained from the beginning that this is not a countermeasure and yesterday's remark from President Moon was not on point."

Seko said he did not expect Japanese companies to be harmed by the tighter export controls.

ROK plans to file a complaint with the World Trade Organization and raise the issue at next week's WTO General Council in Geneva. Trade officials from the countries failed to resolve the dispute in a working-level meeting in Tokyo on Friday. 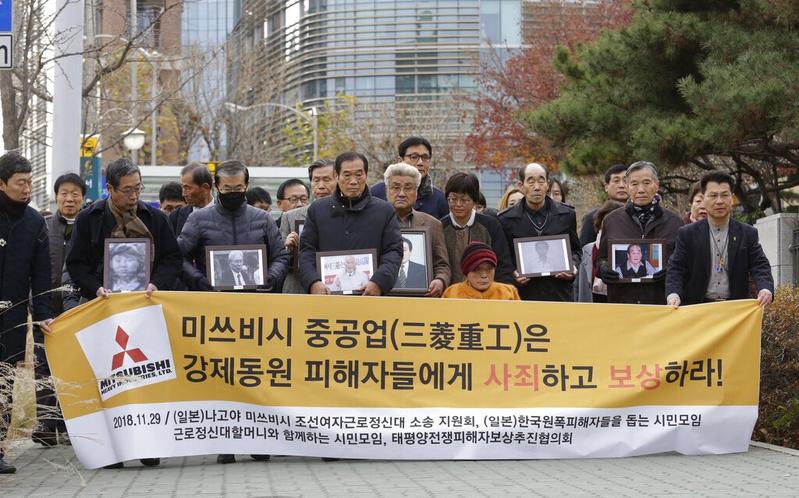 In this Nov 29, 2018, file photo, victims of Japan's forced labor and their family members arrive at the Supreme Court in Seoul, the Republic of Korea. Colonial-era Korean laborers on July 16, 2019, are seeking a court's approval for the sales of local assets of their former Japanese employer after it refused to comply with a court order to compensate them for forced labor decades ago. The sign reads "Mitsubishi Heavy Industries should compensate and apologize to victims of forced labor." (AHN YOUNG-JOON / AP)

Colonial-era Korean laborers are seeking a court's approval for the sales of local assets of their former Japanese employer after it refused to comply with a court order to compensate them for forced labor decades ago.

The development comes amid growing tensions between ROK and Japan. Tokyo recently tightened controls on high-tech exports to ROK, a move Seoul believes is retaliation for the ROK court rulings last year. Japan says it is not retaliation.

Lawyers and supporters of the Koreans who worked for Mitsubishi Heavy Industries during Japan's 1910-45 occupation of Korea said in a joint statement Tuesday they'll soon ask a ROK court to authorize the sales of some assets that ROK has seized from Mitsubishi.

The assets are some of Mitsubishi's trademark rights and patents.

The lawyers and activists said they have sent three requests for negotiations on the compensation to Mitsubishi but it hasn't responded. Three plaintiffs died of old age this year, they said.

"We express our deep regret over the fact that our efforts to try to find a rational solution via dialogue for the development of South Korea-Japan ties have foundered repeatedly," according to the statement.

If a court approves, Mitsubishi's assets will be put up for auction to raise funds to pay compensation to the former forced laborers. The whole process is expected to take about six months, according to Kim Yeong Hwan, an activist with a group that signed the joint statement.