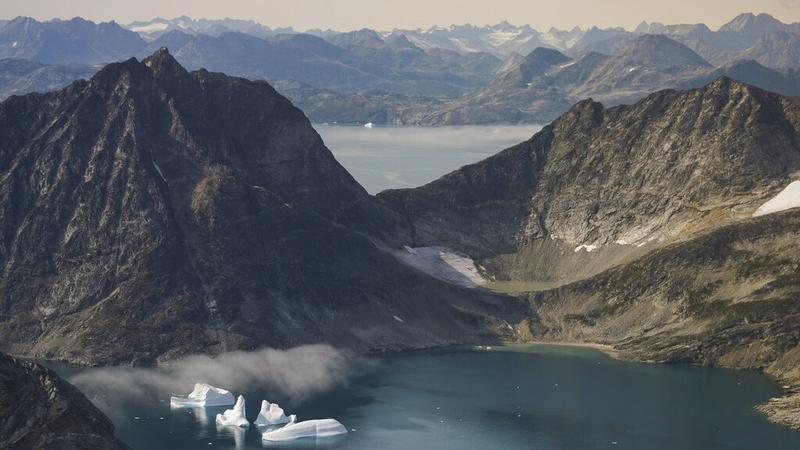 In this photo taken on Aug 14, 2019, icebergs are photographed from the window of an airplane carrying NASA Scientists as they fly on a mission to track melting ice in eastern Greenland. Greenland has been melting faster in the last decade and this summer, it has seen two of the biggest melts on record since 2012. (MSTYSLAV CHERNOV / AP)

A Wall Street Journal report outlining the US president’s apparent interest in striking a deal has left Danes bewildered, with a former prime minister asking whether it was a joke

A Wall Street Journal report outlining the US president’s apparent interest in striking a deal has left Danes bewildered, with a former prime minister asking whether it was a joke. Another prominent opposition member said the report indicates that Trump is “insane,” while a member of the government bloc called it a “terrible idea.”

But according to the Wall Street Journal, which cites people familiar with the deliberations, Trump has repeatedly expressed interest in striking a deal to purchase the island, and even asked his White House counsel to explore the idea.

Trump’s suggestion “must be an April Fool’s Day joke,” albeit out of season, tweeted Lars Lokke Rasmussen, who was prime minister until June and now heads the opposition in Denmark. Meanwhile in the US, the idea is being taken seriously in some corners. Republican Representative Mike Gallagher tweeted that the suggestion isn’t “crazy,” adding that the US “has a compelling strategic interest in Greenland, and this should absolutely be on the table.” Democrats appeared less enthusiastic, with Representative Steve Cohen tweeting that the idea was one for the “cryonic memorial.” 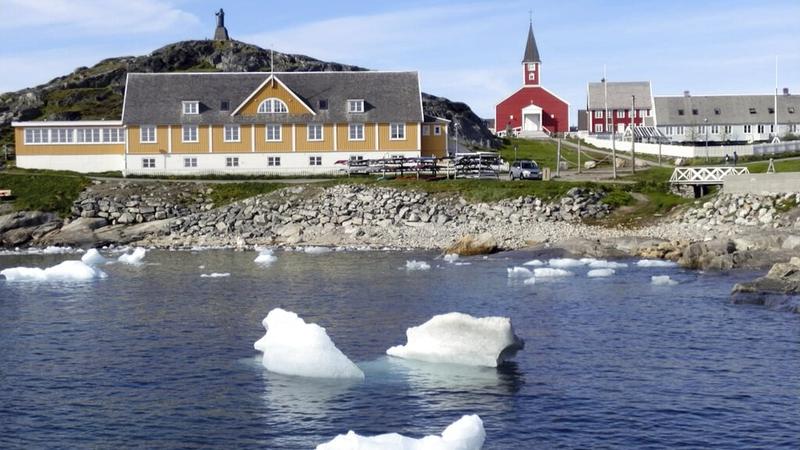 In this image taken on June 13, 2019, small pieces of ice float in the water off the shore in Nuuk, Greenland. (SANDY VIRGO / AP)

The Wall Street Journal report comes as Trump prepares to make his first formal visit to Denmark, where he will meet with Prime Minister Mette Frederiksen and attend a state dinner hosted by Queen Margrethe II on Sept 2-3. The meeting will focus, among other things, on Greenland, where the US has built several military bases and weather stations since WWII. In 1968, a B-52 bomber carrying nuclear weapons crashed near the Thule air base in northwestern Greenland, causing radioactive contamination.

Frederiksen, who became prime minister after her Social Democratic party won elections in June, will make her first official visit to Greenland next week during which she’ll conduct formal talks with the island’s premier, Kim Kielsen. Greenland has home rule, but defense and foreign affairs remain under Danish governance. The island has representation in Washington DC and in the European Union.

ALSO READ: The planet is burning, but not all hope is lost

More than 80% of Greenland’s 2.2 million square kilometers are covered in ice, and the island has attracted considerable attention recently amid concerns that climate change is causing that ice to melt at a record pace. Greenland’s population of just 56,000 is concentrated around its coast lines.

The Wall Street Journal noted that it’s unclear how Trump would go about acquiring the Danish territory and said that neither the White House nor the State Department responded to a request for comment.