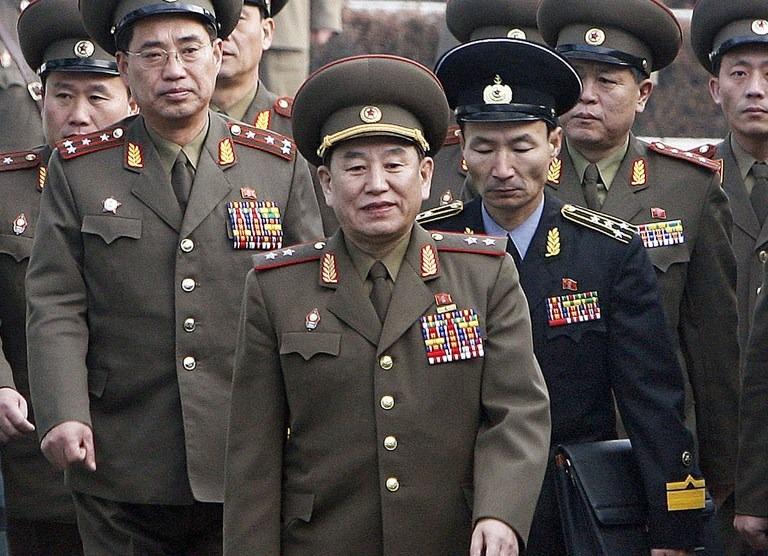 SEOUL - The Republic of Korea (ROK) said it approved the Winter Olympic visit by the Democratic People's Republic of Korea's (DPRK) Kim Yong-chol, vice chairman of the Central Committee of the ruling Workers' Party of Korea, in the pursuit of peace and asked for public understanding.

Kim Yong-chol, vice chairman of the Central Committee of the ruling Workers' Party of Korea will lead a high-level delegation at the closing ceremony of the Winter Olympics in Pyeongchang on Sunday

"Under current difficult circumstances, we have decided to focus on whether peace on the Korean peninsula and improvement in inter-Korean relations can be derived from dialogue with (the visiting North Korean officials), not on their past or who they are," said Unification Ministry Baik Tae-hyun in a media briefing on Friday. DPRK is also referred to as North Korea.

An ROK lawmaker briefed by the country's spy agency said on Friday that Kim was the "right person" for inter-Korean and denuclearisation talks, according to Yonhap news agency.

"Kim Yong-chol is the top official regarding inter-Korean relations and he is being accepted (here) as the right person to discuss various issues like easing military tension, improving inter-Korean ties and denuclearisation," said Kang Seok-ho to reporters from Yonhap and other agencies.

His visit will coincide with a visit by US President Donald Trump's daughter, Ivanka, who is scheduled to arrive in ROK later on Friday to attend a dinner with Moon and later, the Winter Olympics' closing ceremony.

The Blue House has said there are no official opportunities for US and DPRK officials to meet.

DPRK leader Kim Jong-un said he wants to boost the "warm climate of reconciliation and dialogue" with ROK after a high-level delegation returned from the Winter Olympics, while the United States has stressed the need to intensify pressure to force DPRK to give up his nuclear weapons.

Last year, DPRK conducted dozens of missile launches and its sixth and largest nuclear test in defiance of United Nations sanctions. However, it has now been more than two months since its last missile test in late November.

ALSO READ: China hopes for talks between DPRK, US