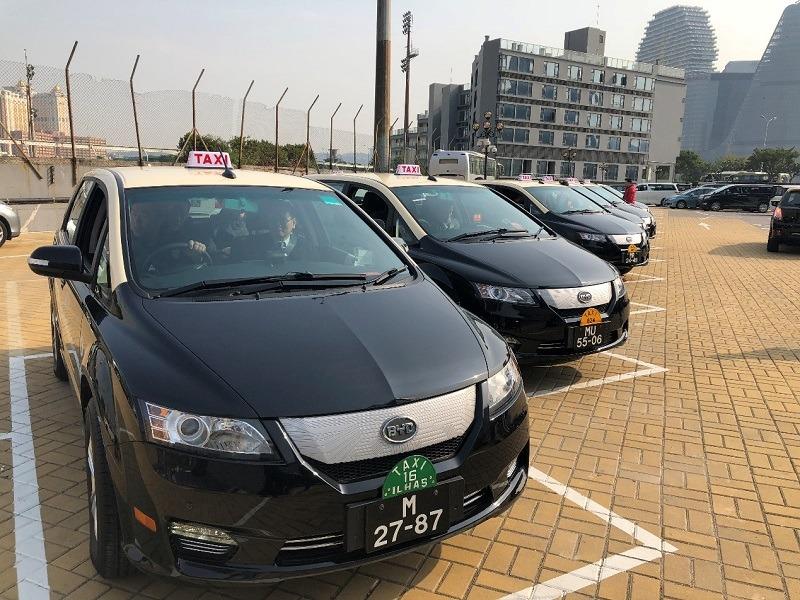 Ho Chan-leong, executive director of Synertec Management, said at the vehicle delivery ceremony in Macao that it is “just the beginning of our grand project”; they will introduce more BYD electric taxis to the special administrative region in future.

The first 16 electric taxis are BYD E6 models, which already run in several countries including Singapore, Thailand and Spain. The company said the E6 can travel as far as 400 kilometers on a single charge, enough for a taxi’s daily operation. 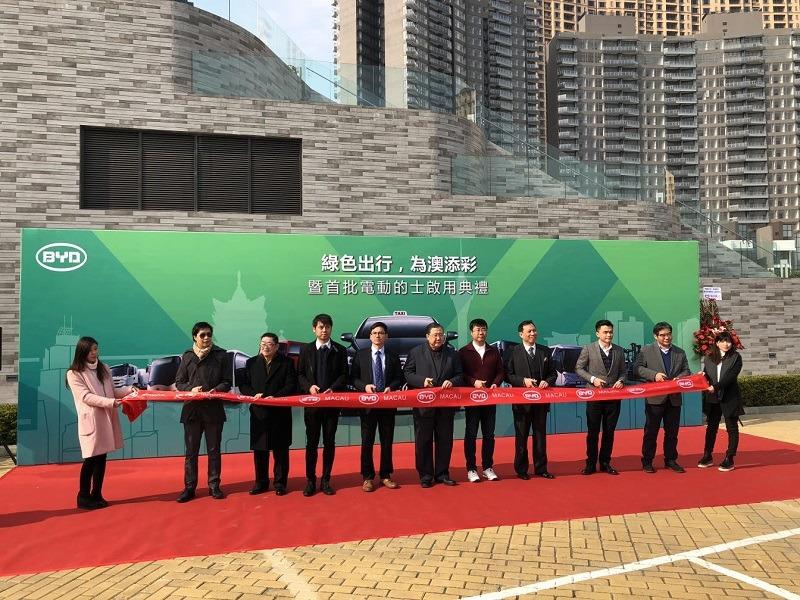 Officials pose for a photo during the launch of Macao's first all-electric taxi fleet on Feb 6, 2018. (PHOTO / CHINA DAILY)

The fleet accounts for just 1 percent of the city’s 1,600 taxis but the Shenzhen-based vehicle maker is expanding to other aspects of the city’s transportation system.

Tourism companies in the city have ordered 20 e-buses from BYD, which is expected to deliver the vehicles this year.