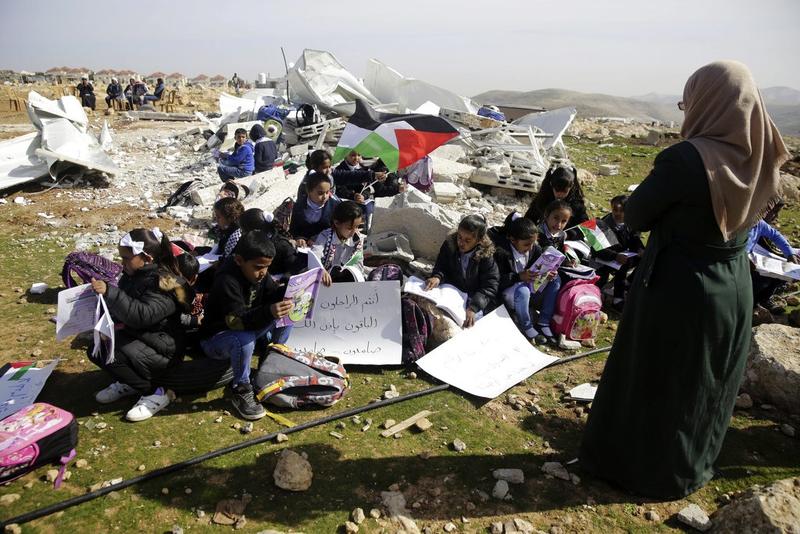 JERUSALEM - Israel on Sunday said it plans to legalize an isolated West Bank outpost in response to the murder of one of its residents in a shooting attack last month.

Prime Minister Benjamin Netanyahu told his weekly Cabinet meeting that his government will legalize Havat Gilad to "allow the continuing of normal life there."

"Whoever thought that through the reprehensible murder of a resident of Havat Gilad, a father of six, that our spirit can be broken and we can be weakened, is making a bitter mistake," Netanyahu said.

Last month, Rabbi Raziel Shevah, 35, was shot dead from a passing vehicle as he drove near his home in the unauthorized settlement outpost near the Palestinian city of Nablus. The Israeli military is still searching the area for suspects.

Israel captured the West Bank, along with the Gaza Strip and east Jerusalem in the 1967 Mideast war, areas the Palestinians want for a future state. Israel has established about 120 West Bank settlements, which it considers legal. In addition, about 100 settlement outposts have been erected without official approval but Israel generally tolerates them. Most of the international community considers all Jewish West Bank settlements illegal.

Havat Gilad, a community of a few hundred Israelis, is among these rogue outposts and is located deep inside the West Bank, away from areas Israel expects to keep under any peace deal with the Palestinians. Critics see their expansion as complicating peace efforts.

The anti-settlement group Peace Now called the effort to legalize the outpost a "cynical exploitation of the murder."

Meanwhile, Israel on Sunday demolished a two-classroom school in a Bedouin community in the West Bank, saying the EU-funded structure was built illegally without proper permits and that it was in a precarious condition. The school served nearly 30 third and fourth grade students who were moved to a nearby guesthouse and barbershop to continue classes.

A statement from Cogat, the Israeli defense body responsible for Palestinian civilian affairs, said the demolition was approved after it had been challenged in Israel's Supreme Court.

The EU delegation to Israel called on the country to "meet its obligations as occupying power vis-a-vis the Palestinian population."

"Children should not be left without classrooms," it said in a statement.

Roberto Valent, an official with the UN humanitarian agency OCHA, said he was "deeply concerned" by the demolition. In a statement, he said the Israeli-issued permits were "nearly impossible to obtain" and that demolitions such as Sunday's, among other Israeli policies, "have created a coercive environment that violates the human rights of residents and generates a risk of forcible transfer."

The demolition took place near the settlement of Maaleh Adumim, in the 60 percent of the West Bank known as Area C that remains under full Israeli control. Israel has imposed severe restrictions on Palestinian development in this area, home to dozens of Israeli settlements.

The EU funds the construction of many homes, schools and other structures in the area and says the projects are needed for humanitarian reasons and economic development.

Israel says that any assistance to Palestinians in Area C must be coordinated with authorities.