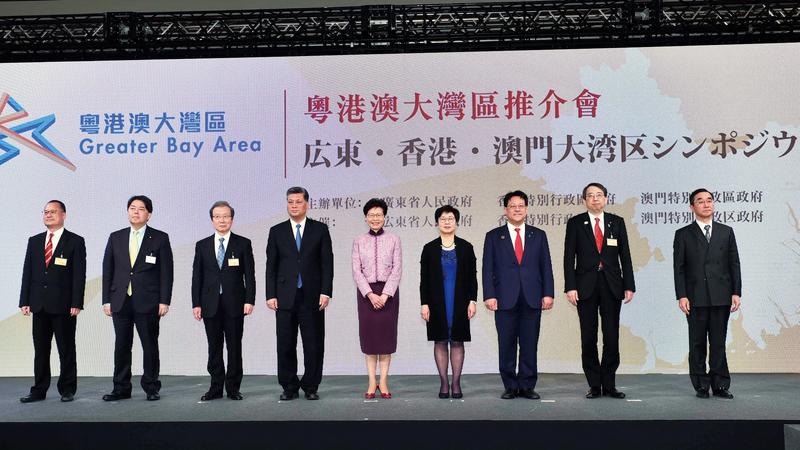 The symposium on April 9 was jointly organized by the governments of Guangdong province and the SAR governments of Hong Kong and Macao. Guangdong Governor Ma Xingrui and Macao Secretary for Administration and Justice Sonia Chan Hoi-fan also attended the event.

This was the first joint overseas promotion of the Bay Area after the release of the outline development plan for the Bay Area by the central government in February. It was attended by leading government officials from all three places. Hong Kong and Japanese business chambers also participated, with over 1,000 executives and leaders from various sectors at the event.

Lam said the Bay Area was a new engine to propel close ties between Hong Kong and Japan. She urged Japanese companies to exploit their relationships with Hong Kong to take advantage of the business opportunities in the Bay Area. 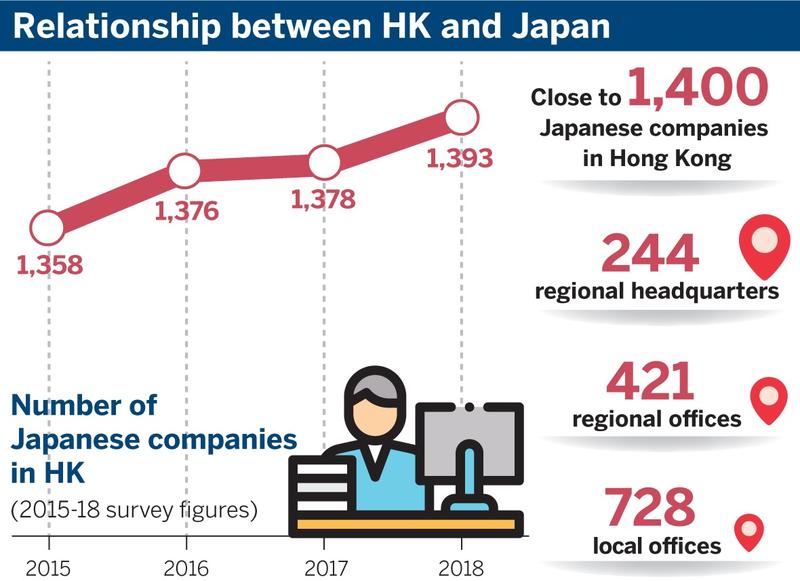 She said that Hong Kong would contribute to the Bay Area development by leveraging its multiple roles as an international financial, logistics and trading center. It would also exploit its position as a global innovation and technology hub and center for international legal and dispute resolution services in the Asia-Pacific region.

“The city has a global business network with 13 economic and trade offices around the world and over 8,700 overseas and mainland companies currently doing business in Hong Kong. Four of the city’s universities are among the world’s top 100, and many have a strong research capability,” Lam said.

“In addition, the technology development and corporate culture in Japan will also provide a boost to the development of the Bay Area,” Tang said.

With an area of 56,000 square kilometers, the Bay Area is endowed with most intensive cluster of airports and ports in the world. It is an enormous market with a population of 71 million and a gross domestic product of US$1.6 trillion at the end of 2018, equivalent to 12 percent of the country’s GDP.