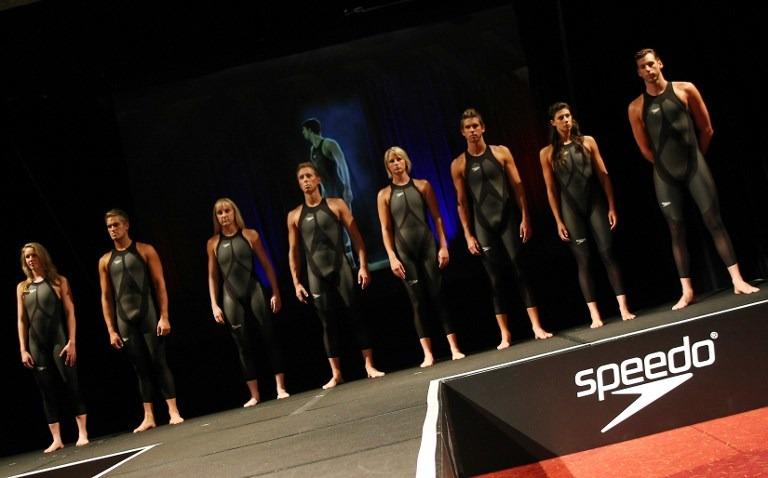 LONDON -- It caused moral outrage a century ago when it made its world debut.

Now one of the first original Speedo swimsuits is set to make a splash at the new V&A Dundee museum which opens in September.

Curators at the new Scottish museum revealed Sunday that a Speedo swimsuit from the 1920s will feature in its Scottish Design Galleries.

The Racerback caused moral outrage when it was first revealed in the 1920s and was banned from some beaches for being too revealing, revolutionised the swimwear industry.

A Racerback swimsuit, being loaned to V&A Dundee by Leicestershire Museums Service, is believed to be the only one in a British collection.

It was the swimsuit that made Speedo, an Australian company founded by Scottish immigrant Alexander MacRae, a household name and paved the way for future controversial innovations.

MacRae, born in 1888, grew up in a small fishing village in the West Highlands before moving to Australia in 1910, and setting up a hosiery knitting mill.

The firm supplied the Australian Army with socks during the First World War before catering for the growing popularity of beach sports.

At the time swimsuits were made of wool and had sleeves to protect the wearer's modesty.

Instead, the Racerback had straps that crossed at the back and was made of cotton or silk, which absorbed less water. The design was also significantly more tight fitting than other swimwear and included the distinctive Speedo tick logo.

In 1936 Speedo caused yet more controversy when it dressed the Olympic men's Australian team in swimming shorts instead of the traditional one-piece during the Berlin Games.

V&A Dundee assistant curator Meredith More said: "MacRae was one of many Scottish entrepreneurs who moved abroad to make his fortune. Capitalising on Australia's growing beach culture, he created a ground-breaking swimsuit design that appealed to competitive swimmers and sunbathers alike.

"The Racerback challenged moral codes in the 1920s, when mixed bathing was only just becoming acceptable, but nobody could deny his hydrodynamic design allowed swimmers to achieve faster times."

In 1932 Claire Dennis was almost disqualified from the Olympics in Los Angeles for wearing a Speedo deemed to show too much shoulder.

It was not just athletes who were won over by the new design, which was also marketed to surfers and sunbathers.

A Speedo catalogue described the Racerback as giving "maximum body exposure" making it the ideal choice for those in search of a tan.

A Racerback swimsuit, being loaned to V&A Dundee by Leicestershire Museums Service, is believed to be the only one in a British collection.

The Speedo will be one of around 300 beautiful and innovative objects from the V&A's world-famous collections of art, design and performance, together with objects from other lenders.