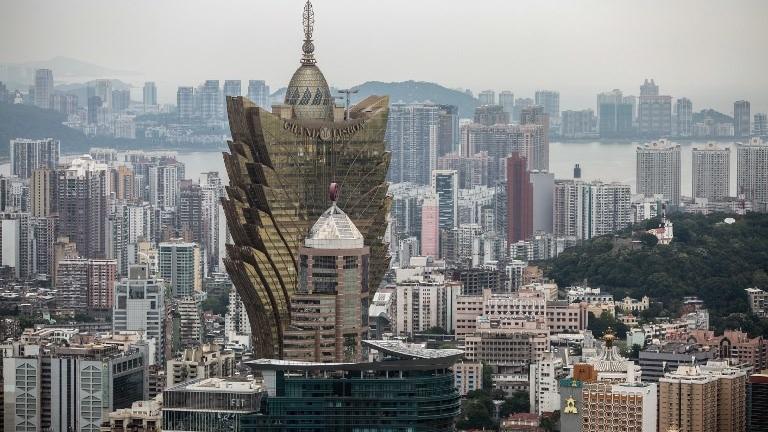 A general view shows the skyline and the Grand Lisboa casino in Macao on May 12, 2015. (ANTHONY WALLACE / AFP)

MACAO - The government of the Macao Special Administrative Region (SAR) on Thursday expressed its strong opposition to the US human rights reports, according to a statement by the Government Spokesperson's Office of the Macao SAR.

The reports published by the US Department of State made irresponsible remarks on the Macao SAR affairs that are China's internal issues, the statement said.

In the past 20 years since the establishment of the Macao SAR, the principles of "one country, two systems" and "Macao people administering Macao" with a high degree of autonomy have been successfully implemented in the Macao SAR, the statement said, adding that Macao people enjoy the rights and freedom which are fully guaranteed by the constitution and the Basic Law.