US suspends security aid to Pakistan over militant groups 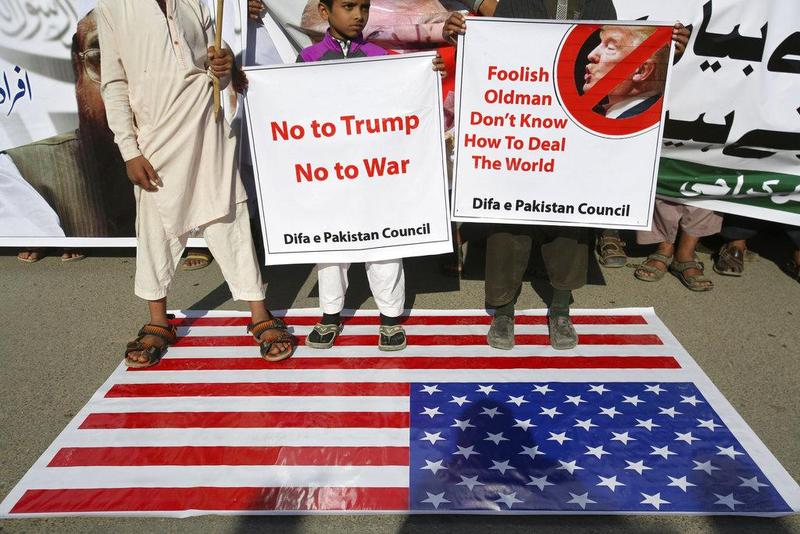 WASHINGTON - The United States said on Thursday it was suspending an undisclosed amount of security assistance to Pakistan, which two officials said was worth more than US$255 million, until Islamabad takes action against the Afghan Taliban and the Haqqani network.

The US State Department announced the decision, saying it reflected the Trump administration's frustration that Pakistan has not done more against the two groups, which have long used sanctuaries in Pakistan to launch attacks in neighboring Afghanistan that have killed US, Afghan and other forces.

State Department spokesperson Heather Nauert said in a press briefing that the suspension of military equipment or transfer of security-related funds will continue "until the Pakistani Government takes decisive action against groups, including the Afghan Taliban and the Haqqani Network."
However, she said "there may be some exemptions that are made on a case-by-base basis if they're determined to be critical to national security interests," and the suspension will not last "forever."

She also said that although the exact sum of the assistance is still being figured out, the total figure will be more than US$255 million.

The department also said the numbers were still being calculated and included funding from both the State and Defense departments.

US officials said two main categories of aid are affected: foreign military financing (FMF), which funds purchases of US military hardware, training and services, and coalition support funds (CSF), which reimburse Pakistan for counter-terrorism operations. They said they could make exceptions for money that went to critical US national security priorities.

A glance at US budget figures suggest the amounts frozen could exceed US$1 billion.

READ MORE: Pakistani military talks of 'response' to any US action

Briefing reporters, US officials stressed the suspension did not affect civilian aid to Pakistan and that the money could go through if Islamabad took decisive action against the groups.

"Our hope is that they will see this as a further indication of this administration's immense frustration with the trajectory of our relationship and that they need to be serious about taking the steps we have asked in order to put it on more solid footing," a senior State Department official told reporters.

"We're hoping that Pakistan will see this as an incentive, not a punishment," he added.

Two other officials, speaking on condition of anonymity, said the amount suspended would total more than US$255 million.

Earlier this year Washington suspended US$255 million in FMF.

The Trump administration briefed Congress on its decision on Wednesday.

Pakistan is largely shrugging off proposed US aid cuts but frets that Washington could take more drastic measures to deter what it sees as the South Asian nation's support for Taliban militants in neighboring Afghanistan.

Tense ties between the uneasy allies nosedived on Jan 1 when US President Donald Trump lashed out on Twitter against Islamabad's "lies and deceit" despite US$33 billion in aid and the White House warned of "specific actions" to pressure Pakistan.

Bilateral relations have been sour since Washington released its so-called new South Asia strategy and suspended its military assistance of US$255 million to the Asian country.

In response, Pakistan summoned the US ambassador to Pakistan late Monday to lodge a protest, saying Pakistan has taken action against all militant groups without any discrimination and its sacrifices are being ignored.