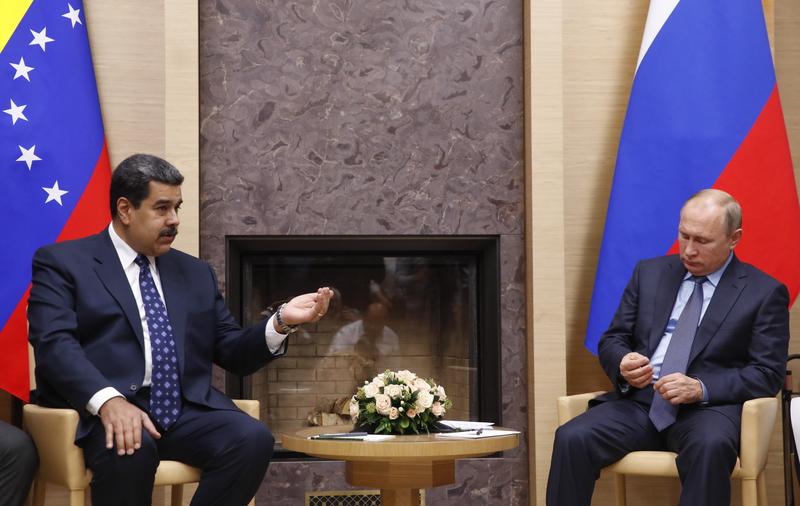 MOSCOW — Russian President Vladimir Putin offered firm support Wednesday for Venezuelan leader Nicolas Maduro, who is visiting Moscow to shore up political and economic assistance even as his country has been struggling to pay billions of dollars owed to Russia.

Maduro has become increasingly isolated in the world under growing sanctions led by the US and the European Union which accuse him of undermining democratic institutions to hold onto power, while overseeing an economic and political crisis worse than the Great Depression.

At the start of their talks, Putin told Maduro that Moscow is aware that the "situation in Venezuela remains dire."

Maduro responded by saying that his government has overcome the challenges it faced."We support your efforts to achieve rapport in society and reach out to the opposition," the Russian leader said. "Naturally, we condemn any terrorist action, any attempts to use force to change the situation."

"We have faced various threats and aggression, but we have learned how to deal with them," he said. "We are standing firmly, we are winning."

The Venezuelan leader added that he was looking forward to expanding economic ties with Russia.

Russia is a major political ally of Venezuela, and Russia's largest oil company, Rosneft, is heavily invested in the South American nation's oil fields, which produce less crude each month. 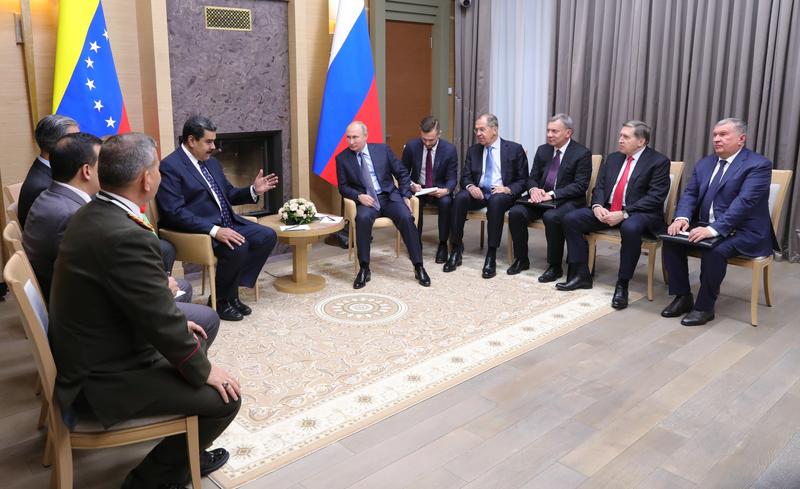 Once people realize Maduro can't deliver on what he promised, they may lose interest in supporting him

Eric Farnsworth, Council of the Americas and Americas Society

Even as crude production shrinks, Venezuela must maintain deliveries to Russia, China and Cuba to meet debt payments and appease political allies, while also shipping oil to the United States for hard currency that Maduro needs to run his country.

"Once people realize Maduro can't deliver on what he promised, they may lose interest in supporting him," said Eric Farnsworth of the Council of the Americas and Americas Society, a Washington-based think tank. "I think that's what he fears more than anything."