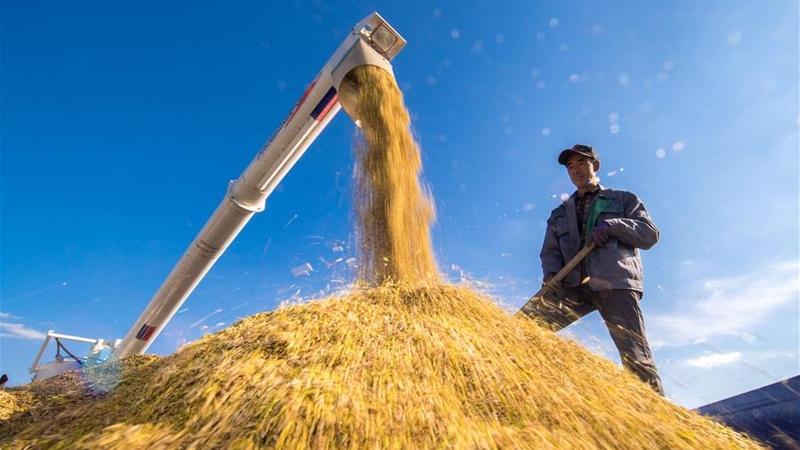 ROME — Global food prices reversed a five-month trend in October, increasing on a monthly and an annual basis, the United Nations Food and Agriculture Organization (FAO) said on Thursday.

The increase "marked the first significant month-on-month rise in the value of the index since May 2019, as surges in the prices of sugar, cereals and, to a lesser extent, meat and vegetable oils more than offset a small decline in the value of the dairy sub-index," the UN agency explained.

The "FAO Cereal Price Index" rose by 4.2 percent in October, as wheat and maize export prices moved up sharply on the back of reduced crop prospects in several major producing countries.

Meanwhile, prices for rice dropped due to subdued demand and prospects of an abundant basmati harvest.

Sugar prices increased by 5.8 percent compared to the previous month "amid expectations of much tighter supplies in the year ahead, due mainly to anticipated large reductions in sugar output in India and Thailand," according to the UN organization.

Dairy prices dropped by 0.7 percent from September, marking the second consecutive month of decline, but still up 5.6 percent compared to October 2018.

In a separate report published on Thursday, the FAO lowered its forecast for global cereal production in 2019 by more than 2 million tons -- for the second consecutive month -- in connection with "reduced prospects for coarse grains and, to a lesser extent, wheat production." However, the agency said that annual global cereal output was still expected to rise by 1.8 percent compared to 2018.

The FAO's forecast for global wheat production in 2019 was also lowered by almost one million tons to 765 million tons, up 4.5 percent from 2018, according to the agency.

The monthly FFPI is calculated on the basis of global prices for 23 food commodity categories, which cover 73 different products.