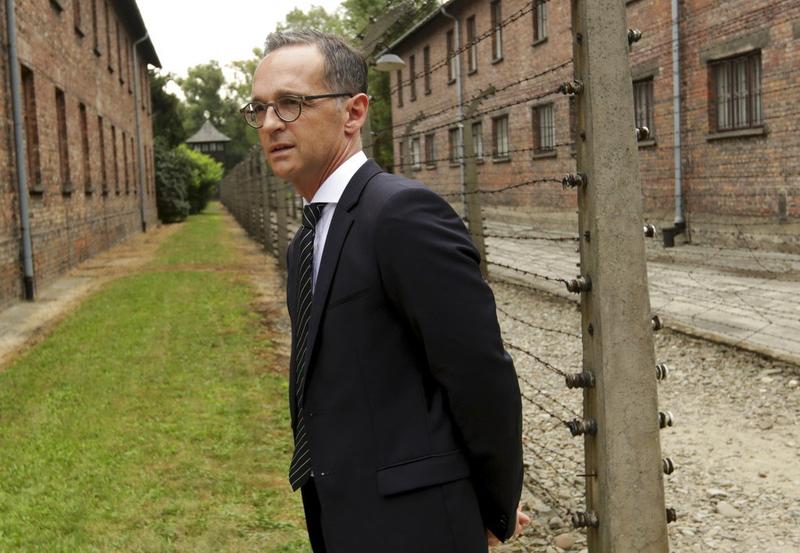 WARSAW, Poland — German Foreign Minister Heiko Maas has labelled the Nazi death camp of Auschwitz-Birkenau in Poland as "hell on earth," during a visit Monday intended to ensure the atrocities committed by his nation more than seven decades ago are not forgotten.

He was guided at the somber site in southern Poland, which was under Nazi German occupation during World War II, by a Polish Auschwitz survivor, Marian Turski. More than 1.1 million people were killed there, mostly Jews but also Poles, Roma, Soviet prisoners of war and others.

More than 1.1 million people were killed at Auschwitz Camp, mostly Jews but also Poles, Roma, Soviet prisoners of war and others

In the first visit to the camp by a German foreign minister in 26 years, Maas wrote in a memorial book that Auschwitz was "hell on earth" and a "German creation," according to Germany's dpa news agency.

"Full of sadness and shame, we bow before the women, men and children who were murdered by the millions by the National Socialists here and other places. From the legacy of the victims arises Germany's responsibility to stand up for the inviolable dignity of humankind - everywhere and every day. This responsibility never ends," he wrote.

The visit is particularly personal to Maas, who took over at the Foreign Ministry in March.

"I went into politics because of Auschwitz," he said at the time.

"For me Auschwitz is the ever-lasting warning to stand up for the untouchable dignity of people everywhere, personally and politically," Maas said in a statement before his visit. "We must keep alive the memory of the incredible atrocities, also for the next generations."

On Monday, he also visited a nearby center dedicated to St Maximilian Kolbe, a Polish priest killed at Auschwitz.

The two countries are neighbors, allies and important trading partners. Recently, relations have gotten strained as Polish officials have said Germany owes Poland up to US$850 billion in reparations for World War II. 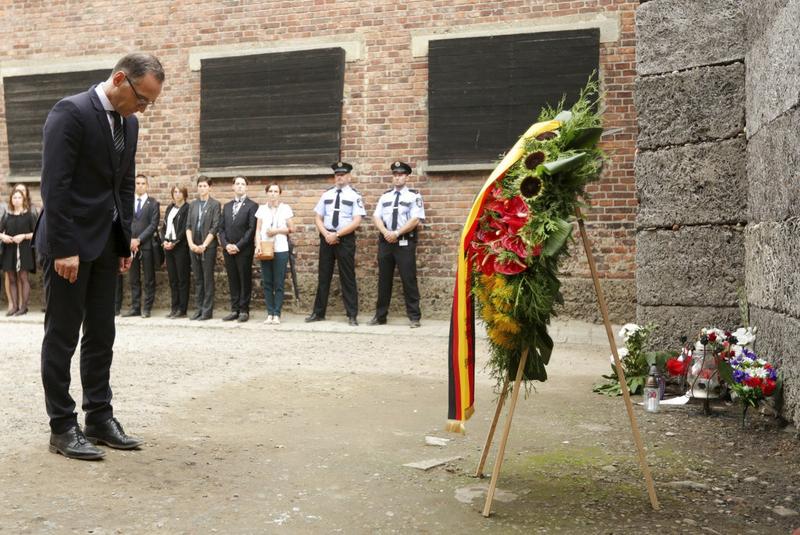 At a news conference Monday, Czaputowicz said the issue of reparations was not on the agenda but that it must eventually be addressed because Poles continue to feel a sense of injustice.

Berlin is also unhappy about changes by the ruling Polish party Law and Justice to Poland's judicial system which the European Union and others say erode judicial independence. The Polish government says it is reforming a corrupt and inefficient system.

Czaputowicz also repeated his calls for Germany to stop the Nord Stream 2 project, a joint Russian-German project that would increase Russia's ability to transport gas directly from Russia to Germany, bypassing Poland and Ukraine.