OPEC waiting for Russia before deciding how much oil to cut 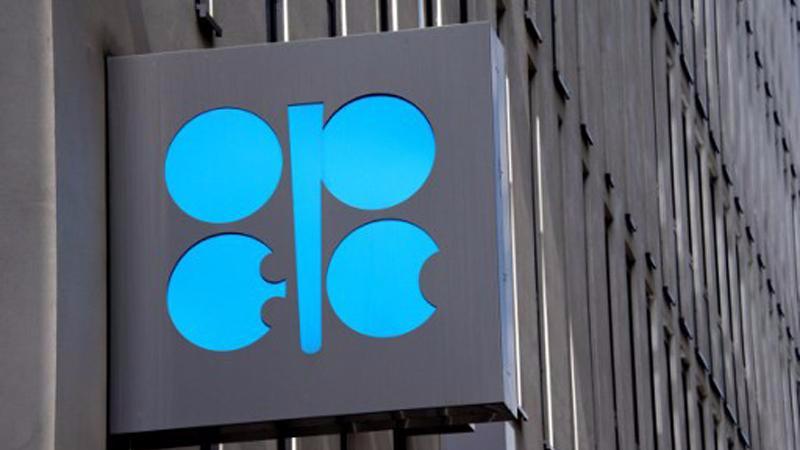 In this May 24, 2017 photo, OPEC logo is seen at the OPEC headquarters in Vienna on the eve of the Organization of the Petroleum Exporting Countries (OPEC) meeting. (JOE KLAMAR / AFP)

VIENNA – OPEC has made a planned cut in oil output effectively conditional on the contribution from non-OPEC producer Russia, delegates said on Thursday as the group gathered in Vienna for a meeting aimed at supporting battered oil prices.

Five delegates said the group was waiting for news from Russia as Energy Minister Alexander Novak had flown back from Vienna for a possible meeting with President Vladimir Putin.

Novak returns to Vienna on Friday for talks between OPEC and its allies, following discussions among OPEC producers on Thursday.

"I am optimistic. There will be a deal, but it is unclear how much OPEC and how much non-OPEC will contribute. It is still under discussion," one delegate said.

"The cut will be between 1.0 and 1.3 million bpd. We just have to see how it will be distributed," another delegate said.

The Middle East-dominated Organization of the Petroleum Exporting Countries (OPEC) plans to cut output despite pressure from US President Donald Trump to support the global economy by keeping oil prices low.

OPEC's de facto leader, Saudi Arabia, has indicated it wants the organization and its allies to curb output by at least 1.3 million bpd, or 1.3 percent of global production.

Riyadh wants Moscow to contribute at least 250,000-300,000 bpd to the cut but Russia insists the amount should be only half of that, OPEC and non-OPEC sources said.

The cuts would take September or October 2018 as baseline figures and last from January to June, Oman's Oil Minister Mohammed bin Hamad Al-Rumhy said on Wednesday.

Oil prices have crashed by almost a third since October to around US$61 per barrel as Saudi Arabia, Russia and the UAE have raised output since June after Trump called for higher production to compensate for lower Iranian exports.

ALSO READ: OPEC chief says cartel must stay together as US sanctions Iran

Iranian exports have plummeted after Washington imposed fresh sanctions on Tehran in November.

Russia, Saudi Arabia and the United States have been vying for the position of top crude producer in recent years. The United States is not part of any output-limiting initiative due to its anti-trust legislation and fragmented oil industry.

Washington also gave sanctions waivers to some buyers of Iranian crude, further raising fears of an oil glut next year.

"Hopefully OPEC will be keeping oil flows as is, not restricted. The world does not want to see, or need, higher oil prices!" Trump wrote in a tweet on Wednesday.

Possibly complicating any OPEC decision is the crisis around the killing of journalist Jamal Khashoggi at the Saudi consulate in Istanbul in October. Trump has backed Saudi Crown Prince Mohammed bin Salman despite calls from many US politicians to impose stiff sanctions on Riyadh.