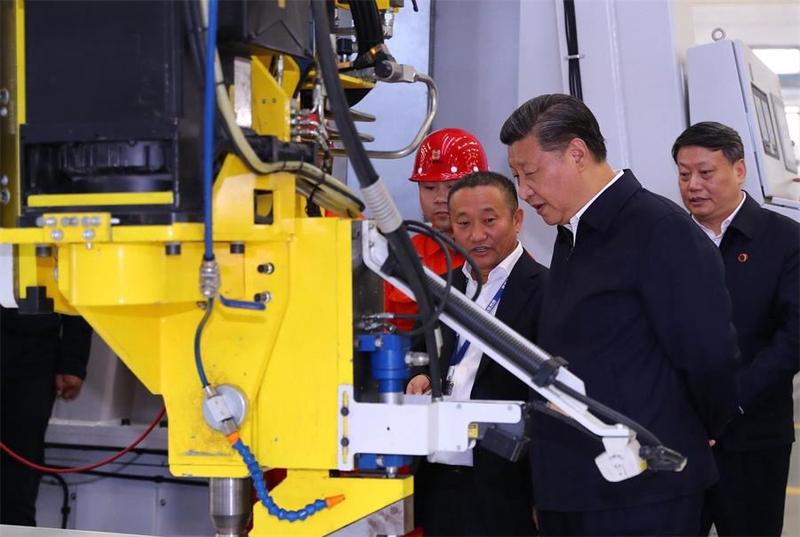 Xi, also the general secretary of the Communist Party of China Central Committee, made the remark in Shenyang, Liaoning province, on Friday while chairing a meeting on pushing forward the revitalization of the Northeast.

Measures should be adopted so that different types of talent can be retained in the area and work with contentment, Xi said

The reform in the area should be deepened across the board on the basis of improving the business environment, he said.

Thoughts on reform should prioritize efforts that can help deepen supply-side structural reform, foster new engines for economic growth, stimulate the vitality of various market entities, enhance the people's sense of gain and spur and protect the initiative of officials and the public, he said.

Measures should be adopted so that different types of talent can be retained in the area and work with contentment, he said.

The fostering of new growth engines should be the priority, Xi said, adding that through innovation, the real economy in the area must be developed so it will be stronger and better, and emerging industries must receive greater incentives for quicker development.

He said it is also important to develop modern metropolitan areas and step up cooperation in key areas. There should be greater alignment between the revitalization of the Northeast and national strategies including the coordinated development between Beijing-Tianjin-Hebei, the Yangtze River Economic Belt and the development of the Guangdong-Hong Kong-Macao Greater Bay Area.

Ecological development and grain production should receive greater support, and the growth of ice and snow industries must be accelerated, he said.

The region should better integrate itself with the joint building of the Belt and Road and work toward new heights in opening-up so that multilateral, win-win cooperation can be achieved, he said. 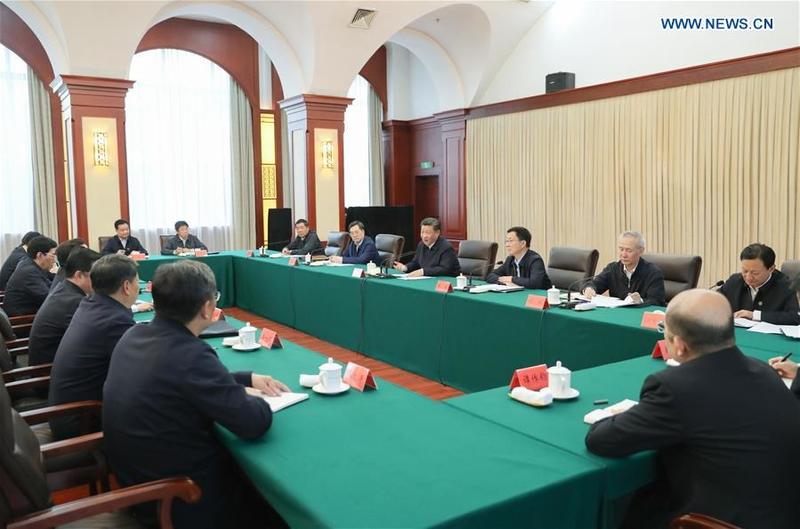 Xi also highlighted the importance of shoring up weak links in improving living standards. Pension funds should be issued in full and on time, and poverty reduction tasks must also be delivered in a timely fashion, he said.

The investment in public infrastructure must be further stepped up, and the region will receive support in urban infrastructure development, such as rail transit networks, central heating system and broadband.

Xi also underlined the importance of the political building of the Party and improving the political ecosystem, as well as the need to improve the level of leadership and professionalism among government officials.

There should be zero tolerance for corruption, and corruption cases must be dealt with firmly, he said.

Xi began his three-day inspection of the three Northeast provinces — Heilongjiang, Jilin and Liaoning — on Tuesday.

He reaffirmed the country's unwavering support for the private sector on Thursday as he visited China Zhongwang Holdings Ltd in Liaoning.

China will continue to create a good legal environment and further refine the business environment for private businesses, and it will unwaveringly develop the public sector and encourage, support, guide and protect the growth of the private sector, he said.

During an inspection of a subsidiary of China National Petroleum Corp in Liaoyang, Liaoning, Xi also reiterated the importance of making State-owned enterprises stronger, better and larger.