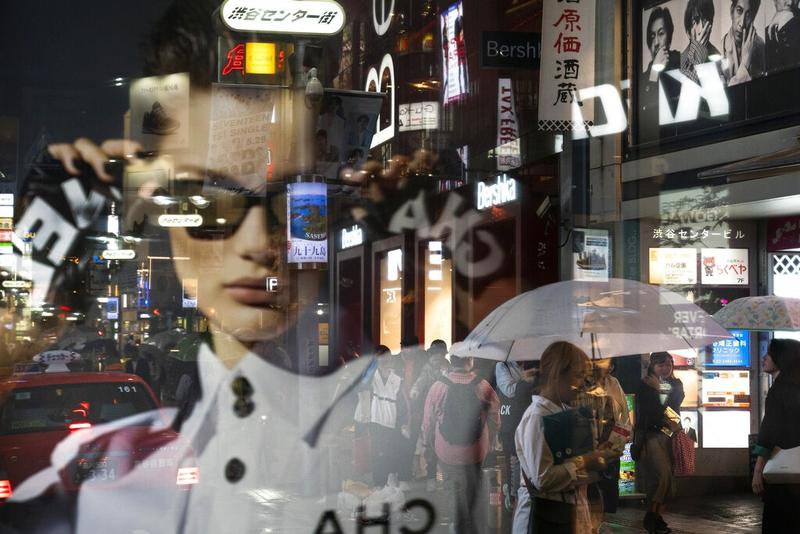 Pedestrians are seen through an advertisement as they walk along the busy streets of the Shibuya district in Tokyo, June 9, 2019. (JAE C HONG / AP)

The Summer Olympics will return to Tokyo next year for the first time since 1964. The world's best athletes will be on display, of course, but so will Japan's sprawling capital — a dense mix of the traditional and the eccentric.

Small shrines and ancient temples nestle alongside gleaming towers and high-tech gadgetry. Pedestrians meander through a labyrinth of alleyways lined with places to eat or drink, while passengers wedge silently into subway cars or ride on sleek bullet trains. 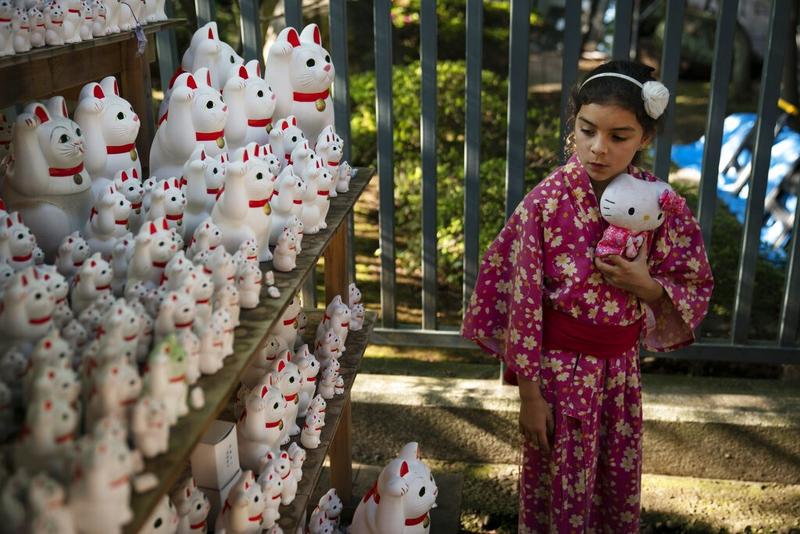 It all seems to fit together in near-perfect harmony, says Associated Press photographer Jae Hong, who is beginning a yearlong assignment to capture the flavor of Tokyo before the games begin.

"It seems like the whole city is run by people reading the same manual, and everybody follows it," Hong said. 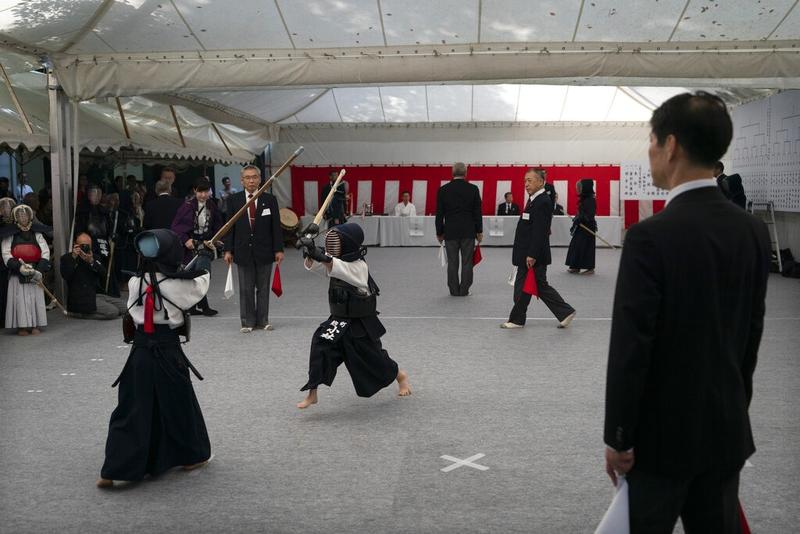 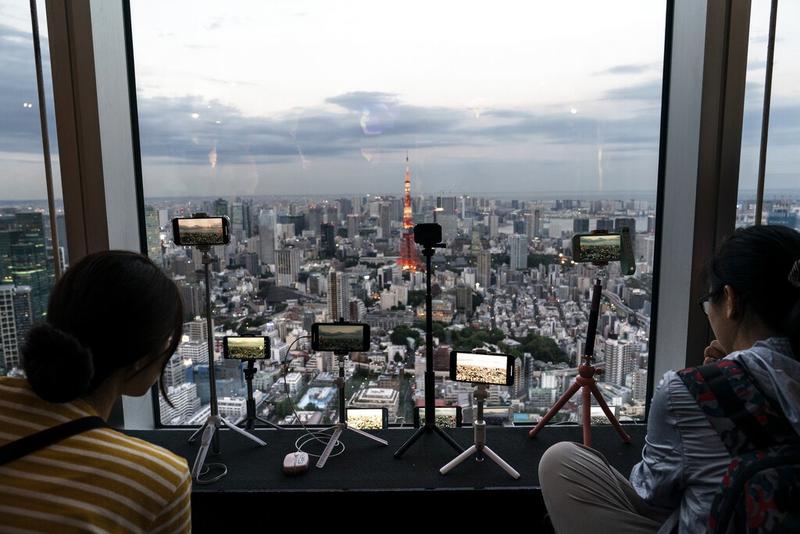 Smartphones are propped on tripods in the observation deck of the Mori Tower to capture Tokyo's skyline view in Tokyo, June 17, 2019. (JAE C HONG / AP) 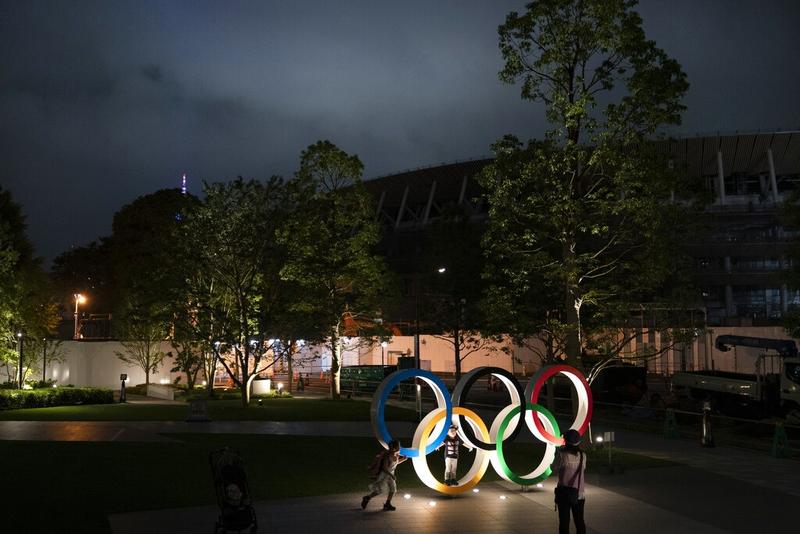 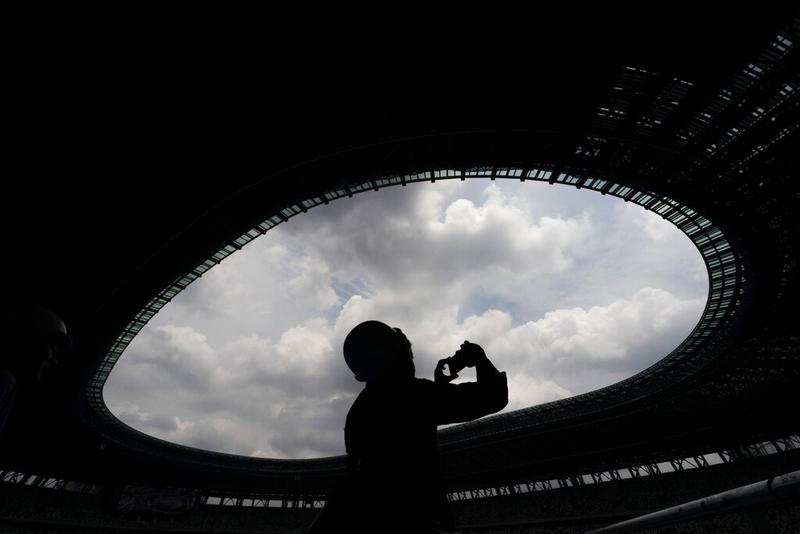 A journalist is silhouetted while taking photos of New National Stadium in Tokyo, July 3, 2019. The stadium will host the opening and closing ceremonies at the 2020 Summer Olympics. (JAE C HONG / AP) 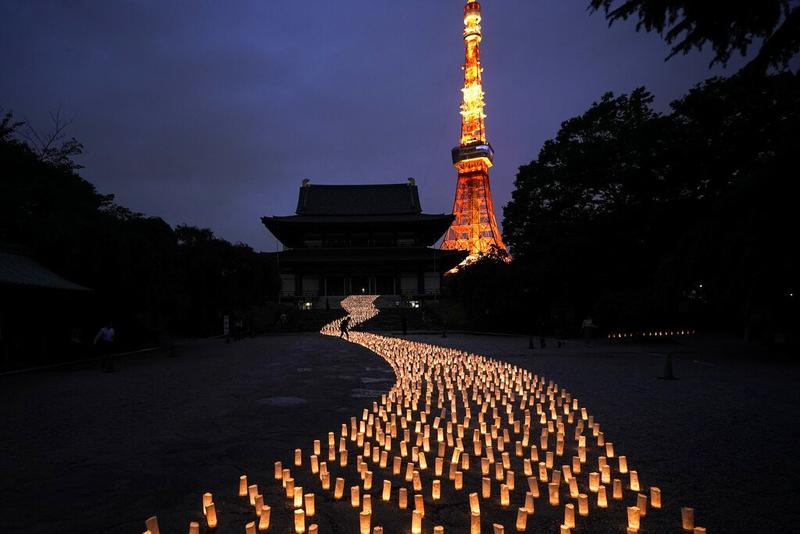 Thousands of candles are arranged in the shape of the Milky Way to celebrate Tanabata, a Japanese star festival, at Zojoji Temple in Tokyo, July 5, 2019. (JAE C HONG / AP) 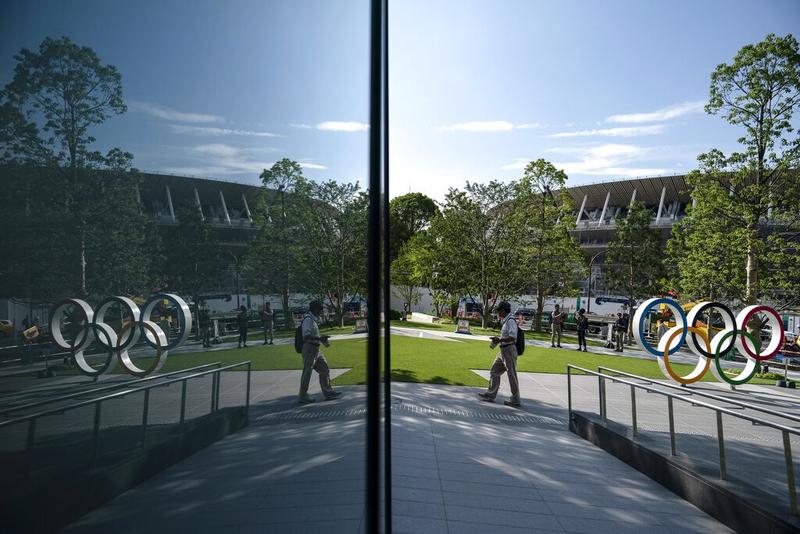 In this June 17, 2019, file photo, the Olympics rings and New National Stadium are reflected on the facade of a building in Tokyo. The stadium will host the opening and closing ceremonies at the Tokyo 2020 Olympics. (JAE C HONG / AP)