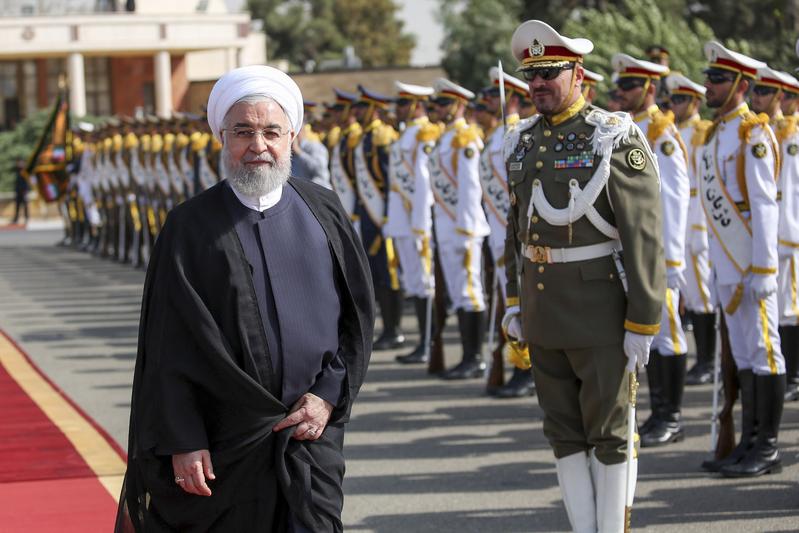 In this photo released by the official website of the office of the Iranian Presidency, President Hassan Rouhani reviews an honor guard at the Mehrabad airport while leaving Tehran, Iran, for New York to attend United Nations General Assembly, Sept 23, 2019. (PHOTO / IRANIAN PRESIDENCY OFFICE VIA AP)

"We believe that the solution for (tensions in) the region will come from within the region. Those coming from outside of the region will never bring peace and security," Iranian President Hassan Rouhani said

"We hope we could unfold this initiative and announce to the world that Iran is seeking a durable peace in the region and is ready to attend a dialog (with the regional states over the initiative) in the presence of the United Nations," Rouhani said ahead of leaving Iran's capital Tehran to New York to attend the 74th session of the UN General Assembly.

Rouhani said Sunday that Iran's initiative, aimed at securing the Strait of Hormuz and establishing regional peace and cooperation, would be proposed in the UN meeting.

"We believe that the solution for (tensions in) the region will come from within the region," he said on Monday.

"Those coming from outside of the region will never bring peace and security," he said, adding that "the Americans have been in the region since 2001 ... and could not establish security anywhere in the region."

Rouhani departed for New York on Monday morning to attend the UN General Assembly. He will deliver a speech in the gathering.