HK students urged to focus on studies, stay away from strike 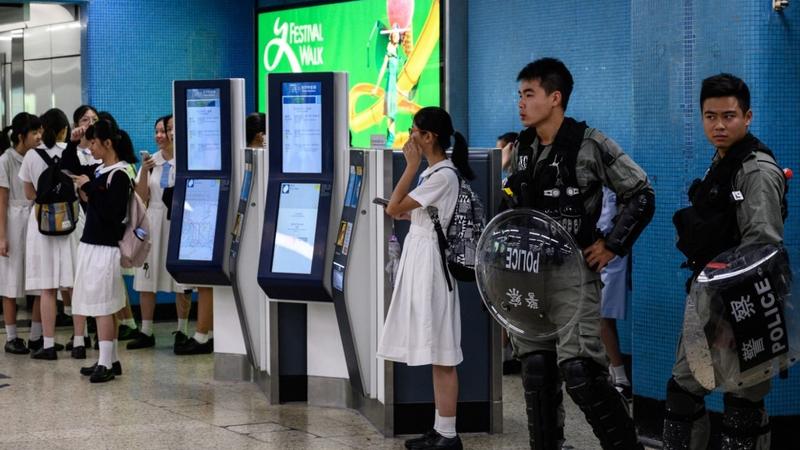 Policemen in riot gear stand guard as a group of high school students gather inside the Kowloon Tong MTR station ahead of a disruption protest in Hong Kong on Sept 2, 2019. Hong Kong protesters threw morning rush hour train travel into chaos. Local dignitaries have urged Hong Kong students to cherish the opportunities of education and stay away from the planned class boycotts. (PHILIP FONG / AFP)

HONG KONG - Local dignitaries have urged Hong Kong students to cherish the opportunities of education and stay away from planned class boycotts.

The appeals were made in response to a campaign to boycott classes scheduled to begin Monday, the first day of the new semester. The organizers hope to rally students to take the protest against the now-shelved extradition bill beyond summer vacation.

Students should cherish the opportunity to study and better prepare themselves for the future, said Chan.

Lam Suk-yee, former president of the Hong Kong Federation of Trade Unions, hoped students would be able to go to school safely and employees to their places of work. By doing so, they would be taking real action to help reject violence and restore stability to Hong Kong, said Lam.

Yu Kwok-chun, a standing committee member of the Chinese General Chamber of Commerce, said he was saddened to see how young students were deluded and exploited by some politicians in recent months during the protests.