China is becoming a global player in the construction of high-speed networks. Wang Keju reports. 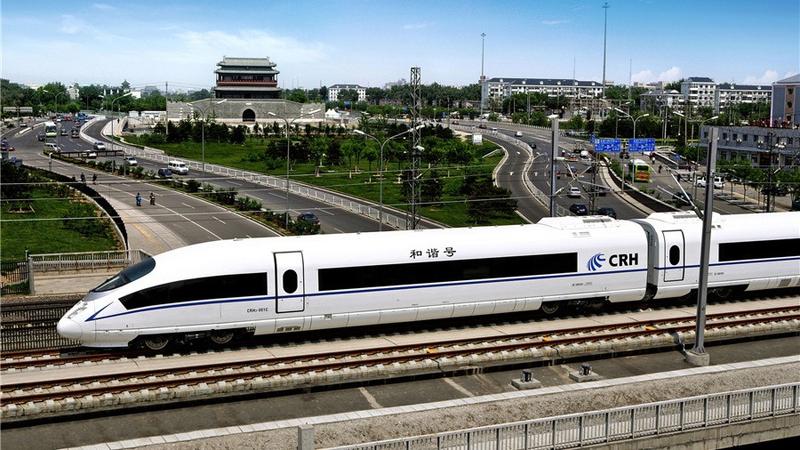 A bullet train passes the Yongding Gate on the Beijing-Tianjin intercity railway in 2008. (YUAN RUILUN / XINHUA)

Editor's note: To celebrate the 70th anniversary of the founding of the People's Republic of China, we will publish a series of stories reflecting on changes and developments in fields such as law, education, transportation and the environment. This is the second in the series.

When the last piece of beam was capped on the Badaling Great Wall Railway Station late last month, all the main structures of the Beijing-Zhangjiakou High-Speed Railway line had been completed.

Linking Beijing and Zhangjiakou in the northern province of Hebei, the upgraded 110-year-old railway will play an important role in the transportation infrastructure for the 2022 Beijing Winter Olympics.

Set to open to the public by the end of the year, it will feature the world's first automatically driven, driver-monitored trains, running at a top speed of 350 kilometers per hour.

The original railway, the first of its kind designed and built solely by Chinese engineers during the Qing Dynasty (1644-1911), began operations in 1909 after four years of hectic construction work led by Zhan Tianyou, known as the "father of China's railroad".

At the time, construction of the railway without the assistance of foreign experts was considered a "mission impossible" because of the complicated geological conditions. Faced with dramatic topography and a shortage of machinery, Zhan and his colleagues employed a technique known as "zigzagging" to negotiate steep gradients.

Against all odds, they completed the railway two years ahead of schedule. From a top speed of just 35 km/h more than 100 years ago, in the near future the line is set to witness trains running at speeds 10 times faster than the old, steam-powered locomotives.

"The line is the starting point of China's rapidly expanding rail network. The evolution of the railway mirrors the rapid development of the national economy and our progress in modern science and technology," said Wang Hongyu, the railway's chief designer. 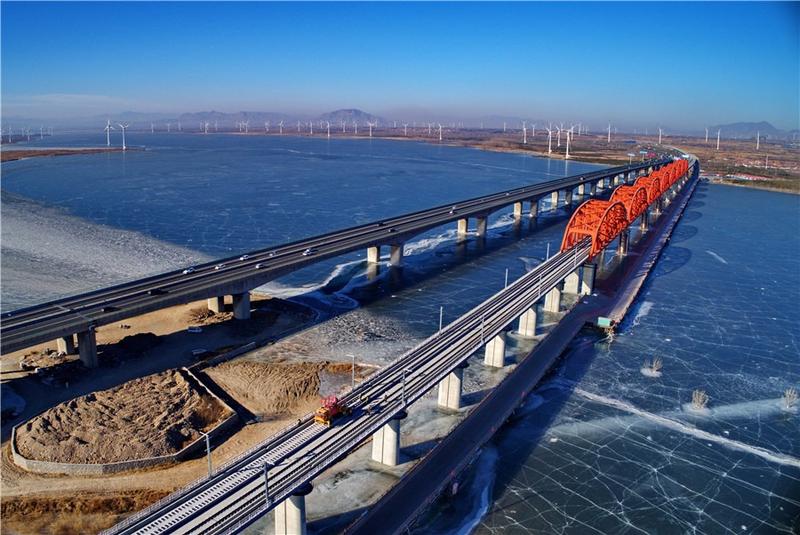 Though the country - a late convert to the virtues of rail travel - spent 21 years on the approval process for its first domestically built railway, it is fast becoming a leader in railway technology and is forging ahead with a high-speed network few countries can rival.

By the end of last year, China's rail network stretched 131,000 km, five times longer than in 1949, and high-speed lines accounted for 29,000 km, more than 60 percent of the global total, according to a National Bureau of Statistics report last month.

"In less than a decade, we constructed more high-speed rail lines than Japan and European countries built in 40 years," said Zhao Jian, a professor of rail transportation economics at Beijing Jiaotong University.

China is completing its plan to build a nationwide high-speed rail network that started with the opening of the first Beijing-Tianjin intercity railway in 2008. The project has greatly reduced journey times between major cities, and the bullet train has become one of the favorite modes of travel for Chinese and foreign visitors alike.

The final tracks are joined for the Beijing-Zhangjiakou High-Speed Railway on the Qinghuayuan Tunnel in Beijing in June. (ZOU HONG / CHINA DAILY)

The 40-day travel rush between Jan 21 and March 1 for Spring Festival, China's most important holiday and the most challenging time for transportation departments, saw more than 410 million rail journeys, with about 60 percent being made in high-speed trains, the company added.

Zhao said that in terms of destinations on the Chinese mainland, high-speed railways offer lower prices and more choices than airlines. Moreover, people can walk around on the train and the ride is smooth and comfortable, which makes the service more appealing to the public.

Construction of the high-speed rail network also provides an instructive model for other countries, according to Zhao, who said the network has reduced journey times, helped to integrate regional economies, boosted the flow of talent and information, and reshaped China's economic map.

In July, a World Bank report noted that China's Medium-and Long-Term Railway Plan, which looks ahead by up to 15 years, provides a clear and consistent framework for the development of the system, and the remarkable achievement is of great importance.

Visitors take photos alongside a model of a bullet train during a ceremony for the Sino-Thai Railway project in northeastern Thailand. (LI MANGMANG / XINHUA)

Meanwhile, construction costs for the high-speed rail network are lower in China, standing at about two-thirds of the cost in other countries, the report said, citing an average of US$17 million to US$21 million per kilometer.

Sun Zhang, a professor at the Transportation Research Institute of Tongji University in Shanghai, said, "Since China completed construction of its first overseas high-speed railway in Turkey in 2014, Chinese railway contractors have increased their presence in overseas markets."

The China-Laos Railway, the China-Thailand Railway and a high-speed line linking Jakarta and Bandung in Indonesia, which uses Chinese high-speed rail standards and technologies, have been picking up steam, he said, adding that the projects will spur economic growth along the rail routes.

Zhang Bo, a researcher with the Locomotive and Car Research Institute at the China Academy of Railway Sciences, said the world's rail facilities and core technologies used to be dominated by companies in the United States, Europe and Japan, and that in the beginning China had to purchase trains from manufacturers in those countries.

"However, our engineers redesigned the machinery and succeeded in building wholly self-developed trains capable of reaching a top speed of 350 km/h," he said. "Made-in-China trains and technologies have already made their way to more than 100 countries, including Turkey, Indonesia, Russia, Iran and India."

After deciding to construct a high-speed rail industry from scratch in 2004, China has overtaken Japan, the first country to build bullet trains, in terms of both operating speeds and total track length.

The country has also stepped up efforts to take the game to the next level by upgrading conventional train services to a speed of 400 km/h and developing maglev (magnetic levitation) trains with a designed top speed of 600 km/h, Zhang added.

However, Sun, the professor, said that compared with developed countries of a similar size, the length of China's railways in operation is still insufficient, and more-balanced rail construction will be required to improve accessibility to inland areas.

Next year, China will have 150,000 km of rail tracks in operation, including 30,000 km of high-speed lines reaching more than 80 percent of large and medium-sized cities. Those numbers are expected to rise to 175,000 km and 38,000 km respectively by 2025, according to the National Development and Reform Commission.

By next year, the high-speed network will carry 65 percent of all rail passengers, and travel times between adjacent major cities will be shortened to one to four hours, while journeys between regional centers will take less than two hours, the NDRC said.