Air pollution tops number of complaints made to China govt 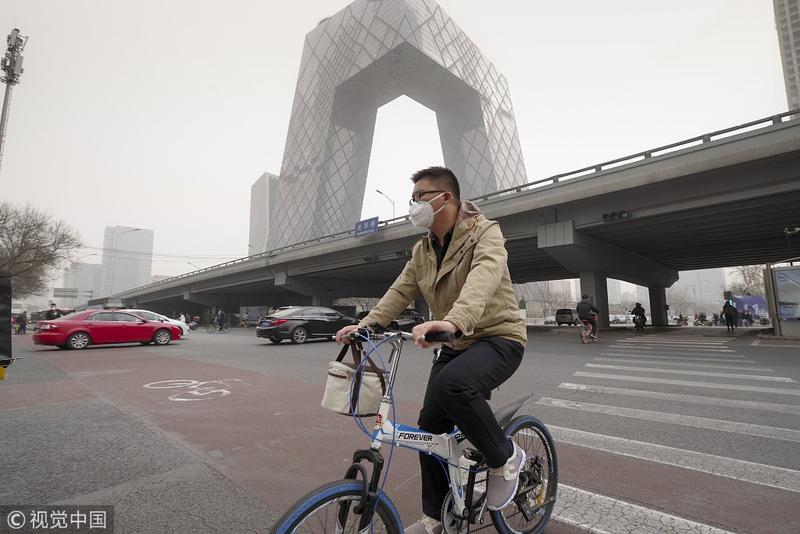 BEIJING – China's top environmental protection authority said complaints about air pollution accounted for more than half of all complaints reported to the government last month, although the total number of reports has dropped significantly.

Of the 35,182 reports that environmental authorities received in November, reports about air pollution accounted for 51.5 percent, according to a news release the Ministry of Ecology and Environment issued on Thursday.

The 337 cities being monitored had 25.6 days on average with good air quality last month, up 3 percentage points year-on-year, according to the Ministry of Ecology and Environment

More than one-third of the reports were about odor and peculiar smells, one-third about smoke and fine dust, and 19 percent about industrial waste gas, according to the ministry.

In Shanghai and the Xinjiang Uygur autonomous region, the highest percentage of reports submitted to the local authorities are about air pollution.

The reports were made through the ministry's WeChat account or the 12369 hotline, and one report could involve more than one problem.

Since 2009, the public has been able to report sources of pollution and participate in environmental supervision.

They can upload descriptions of pollution sources and details of the time and location through the WeChat account.

But the ministry also noted that the total number of environment-related reports in November dropped by 32 percent year-on-year.

The number of complaints about air pollution last month also decreased by 59 percent year-on-year, to about 18,000.

The decreasing number of complaints is in line with the better air quality last month.

The ministry said in a news release on Friday that the 337 cities being monitored had 25.6 days on average with good air quality last month, up 3 percentage points year-on-year.

But in January and February, the weather will be unfavorable for dispersing polluting particles, it warned.

Dealing with the main polluting sources, including chemical industries and coal-fired heating, are priorities for the government in its antipollution fight.

By the end of October, 5.24 million households in northern provinces including Hebei, Henan and Shandong had replaced their coal usage with greener methods, accounting for more than half the population.