US issues warrant to seize Iranian tanker held in Gibraltar 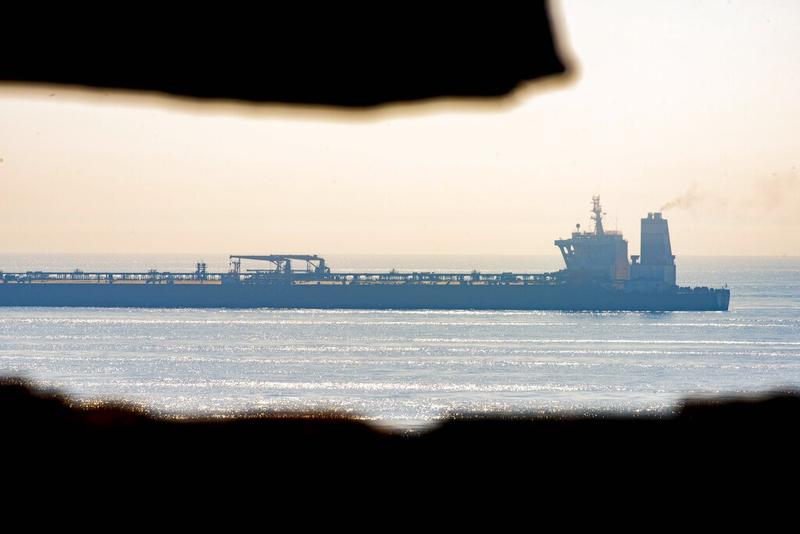 A view of the Grace 1 supertanker stands off the coast of the British territory of Gibraltar, Aug 16, 2019. (MARCOS MORENO / AP)

WASHINGTON — Newly released US court documents show the United States issued a warrant for the seizure of an Iranian tanker that British Royal Marines had seized last month in Gibraltar, citing evidence that it was transporting oil to Syria in violation of US sanctions.

The oil tanker Grace 1, the more than 2 million barrels of oil it carries and US$995,000 are subject to forfeiture based on a complaint by the US government, US Attorney for the District of Columbia Jessie Liu said in a news release on Friday.

The tanker was seized by British Royal Marines at the western mouth of the Mediterranean on July 4 on suspicion of violating European Union sanctions by taking oil to Syria, a close ally of Iran.

The oil tanker Grace 1, the more than 2 million barrels of oil it carries and US$995,000 are subject to forfeiture based on a complaint by the US government, US Attorney for the District of Columbia Jessie Liu said in a news release

In a court document obtained by Reuters, the US said there was evidence that showed that the tanker was scheduled to arrive in Syria in early July.

Iran has repeatedly denied that tanker's destination was Syria.

"As we said earlier ... Syria was not its destination and we have upheld the same ... and reiterated that it was nobody's business even if it was Syria," Foreign Ministry spokesman Abbas Mousavi was quoted as saying by Tasnim news agency on Friday.

Gibraltar authorities said on Thursday the US Department of Justice had applied to seize the tanker.

Washington had attempted to detain the Grace 1 on the grounds that it had links to Iran's Islamic Revolutionary Guard Corps (IRGC), which it has designated as a terrorist organization.

"The scheme involves multiple parties affiliated with the IRGC and furthered by the deceptive voyages of the Grace 1," Liu said. "A network of front companies allegedly laundered millions of dollars in support of such shipments."

"A seizure warrant and a forfeiture complaint are merely allegations. The burden to prove forfeitability in a civil forfeiture proceeding is upon the government," the news release reads.

Gibraltar, which said it first received a US Department of Justice request to seize the Grace 1 tanker on Thursday, lifted the tanker's detention order later in the same day.

But the vessel's fate was further complicated by a last-ditch US legal appeal to hold it.

The tanker shifted its position on Friday, but its anchor was still down off Gibraltar and it was unclear if it was ready to set sail soon.

The warrant for the seizure of the tanker, which carries 2.1 million barrels of oil, was issued by the US District Court for the District of Columbia and addressed to "the United States Marshal's Service and/or any other duly authorized law enforcement officer."