People take part in a Chinese lantern parade organized by the Art Institute of Chicago on Saturday. (WANG PING / XINHUA)

Chinese communities around the world welcomed the Year of the Pig on Feb 5, ushering in Lunar New Year with prayers, family feasts and shopping sprees.

The most important holiday of the Chinese calendar marks a fortnight of festivities as reunited families wrap dumplings together and exchange gifts and red envelopes stuffed with money. 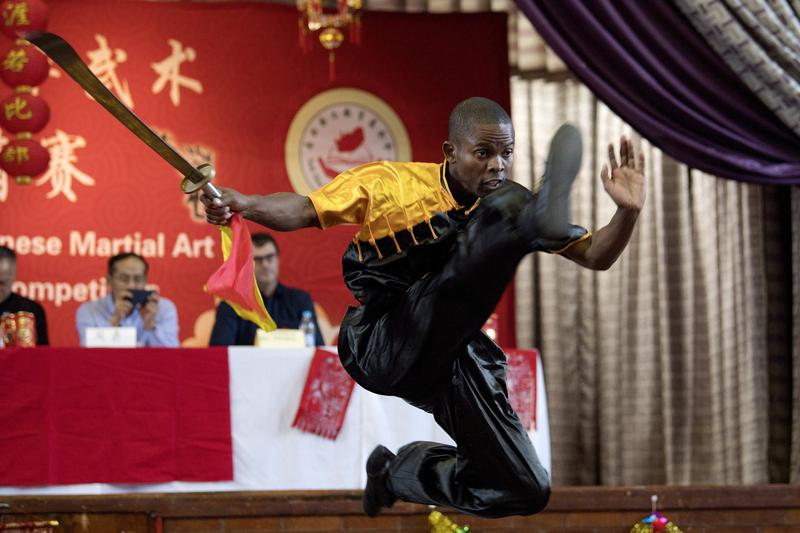 A competitor at a martial arts competition in Johannesburg on Saturday. (CHEN CHENG / XINHUA) 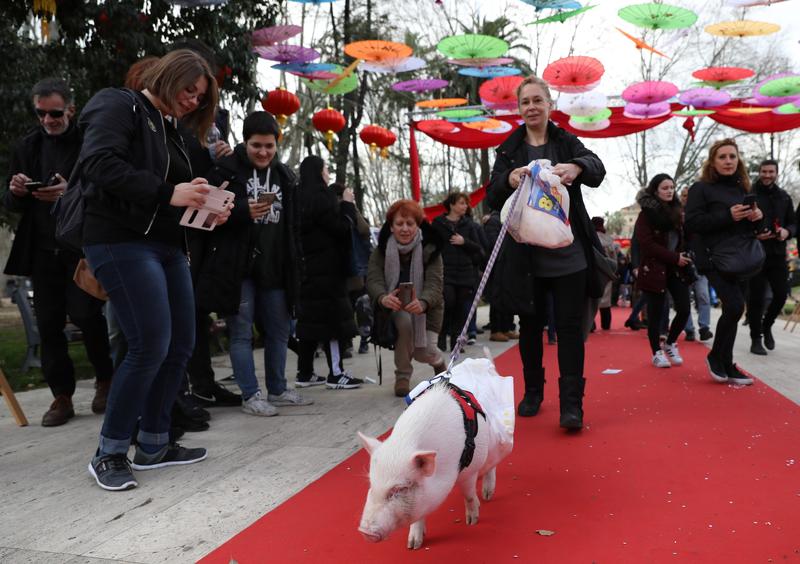 A woman brings her pet pig to participate in activities to celebrate Lunar New Year in Rome on Sunday. (CHENG TINGTING / XINHUA)

Pigs symbolize good fortune and wealth in Chinese culture and this year's holiday has brought a proliferation of porcine merchandise, greetings and decorations.

In the streets of several European cities, performances of dragon and lion dances and tai chi drew huge crowds of people, mirroring a growing interest in Chinese culture among Europeans.

An actress of the Jinan Acrobatic Troupe plays the diabolo with a local girl at the Museum of New Zealand Te Papa Tongarewa in Wellington on Saturday. (GUO LEI / XINHUA) 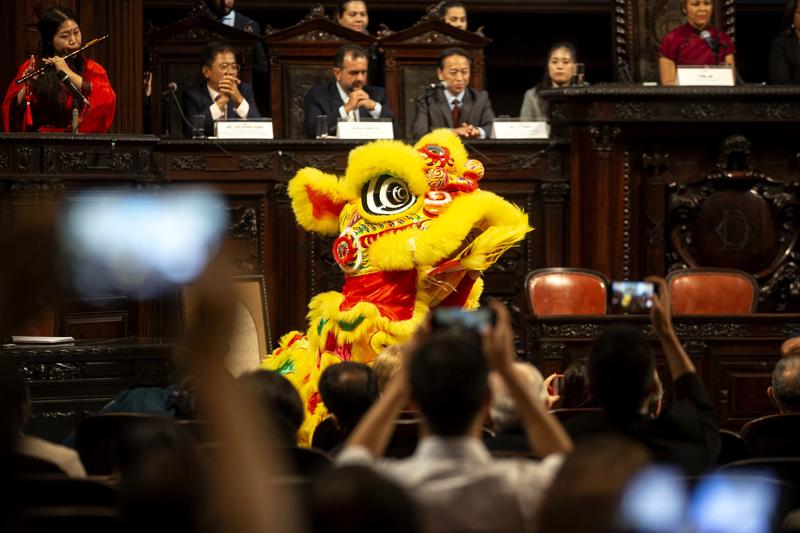 A visitor shows off a Chinese moon-shaped fan at the National Art Museum of the Republic of Belarus in Minsk on Saturday. (PHOTO /XINHUA)

Celebrations in London are expected to last a month with a series of activities culminating in the Trafalgar Square parade on Sunday, which organizers say is the biggest Chinese New Year celebration outside Asia.

Dragon and lion dances, Chinese cuisine, Peking Opera performances and light shows are among a flurry of events in the United States and Canada that have deepened understanding of the meaning and charm of the festival. 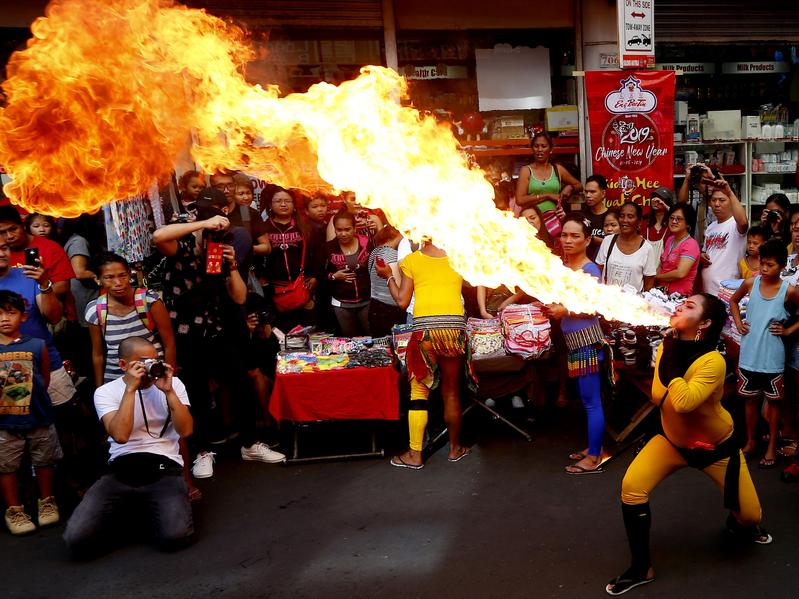 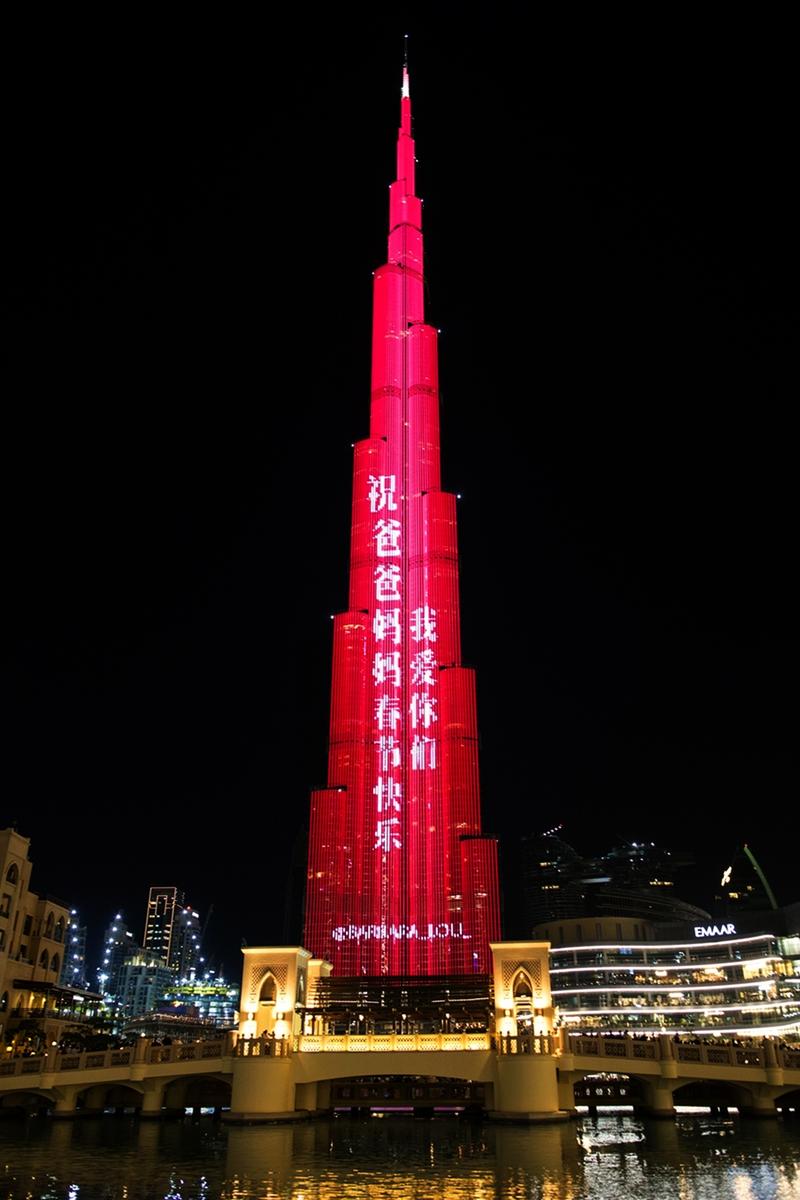