Barcelona wants to redeem itself with Copa del Rey title 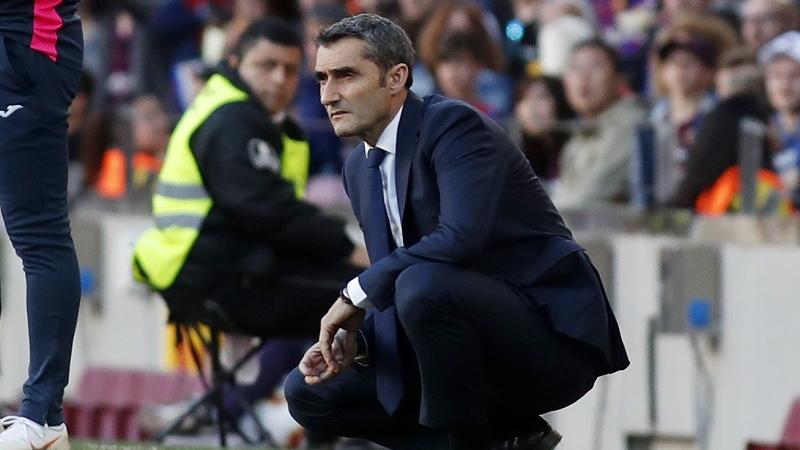 Barcelona coach Ernesto Valverde looks at the game during the Spanish La Liga soccer match between FC Barcelona and Getafe at the Camp Nou stadium in Barcelona, Spain, May 12, 2019. (AP PHOTO)

BARCELONA, Spain - Although Barcelona is still smarting from its collapse at Liverpool two weeks ago, the team has another cup final to play in this weekend.

The Spanish champions can complete a second straight domestic double when it faces Valencia on Saturday in the Copa del Rey final.

It's the last game of the season and we need to win so we can go on vacation with a better feeling than the one we had after the match against Liverpool,

"It's the last game of the season and we need to win so we can go on vacation with a better feeling than the one we had after the match against Liverpool," Barcelona defender Clement Lenglet said. "That's why we want to win this final."

Barcelona has won a record 30 Copa del Rey titles, including the last four, but it was eliminated from the Champions League by Liverpool after blowing a 3-0 lead from the first leg.

Barcelona coach Ernesto Valverde could have a lot riding on the outcome of the game against Valencia, which will be played on neutral turf in Seville.

While Valverde has had an almost impeccable record in the Spanish league and the Copa del Rey since taking charge two years ago, many Barcelona fans now doubt he can win it all in Europe. So while another cup is almost expected by Barcelona's supporters, a loss to Valencia would increase the pressure on the club to consider a coaching change.

"We cannot knock this Copa," Bartomeu said. "After the Copa we will able to draw conclusions on how to improve and aspire to win it all in the coming seasons."

Barcelona will play without striker Luis Suárez, who underwent arthroscopic surgery to repair a meniscus injury in his right knee following the loss to Liverpool. Suarez scored 25 goals for Barcelona this season, second only to Lionel Messi and his 50 goals.

Forward Ousmane Dembele is also out with a muscle injury, while goalkeeper Jasper Cillessen will most certainly keep his starting job after the club said Marc-Andre ter Stegen has pain in his right knee and won't be available. 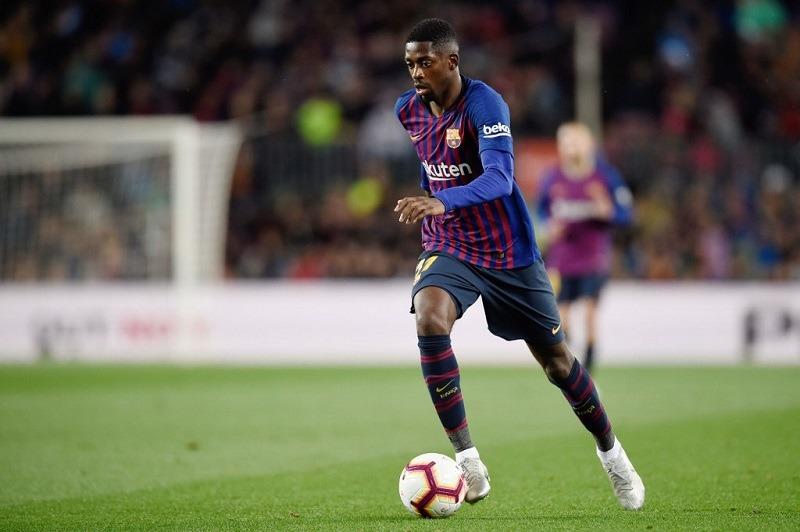 Barcelona's French forward Ousmane Dembele runs with the ball during the Spanish league football match between FC Barcelona and Real Sociedad at the Camp Nou stadium in Barcelona on April 20, 2019. (PAU BARRENA / AFP)

Valencia has had a very strong second half of the season. It surged up the league standings to finish fourth and earn a Champions League berth, and it reached the Europa League semifinals before losing to Arsenal.

It will be seeking its eighth Copa del Rey title and first since 2008.

"(Valencia) is a very compact, solid team, with a strong defense, a talented goalkeeper, which transitions very quickly to attack with players who take advantage of open spaces," Lenglet said. "We have to be very careful with Valencia because it is very dangerous."

Dani Parejo will lead a Valencia attack that relies on the speed of strikers Rodrigo Moreno and Santi Mina, and forward Goncalo Guedes.

"Whenever a team beats Barca, you have to study it as an example," Kondogbia said. "But we have to be ourselves. We have to play like we know how and try to find the points where we can do Barcelona some damage." 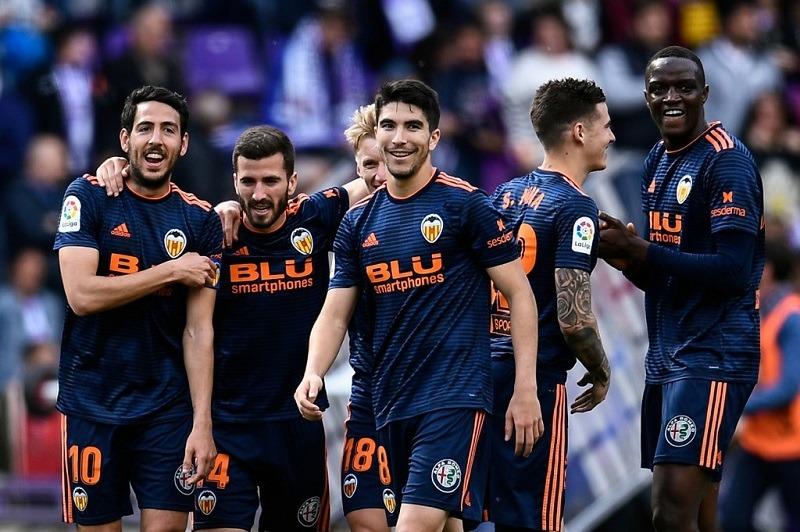 Valencia's players celebrate after winning the Spanish League football match between Real Valladolid and Valencia at the Jose Zorrilla stadium in Valladolid on May 18, 2019. (OSCAR DEL POZO / AFP)