By Kong Wenzheng and May Zhou in Houston 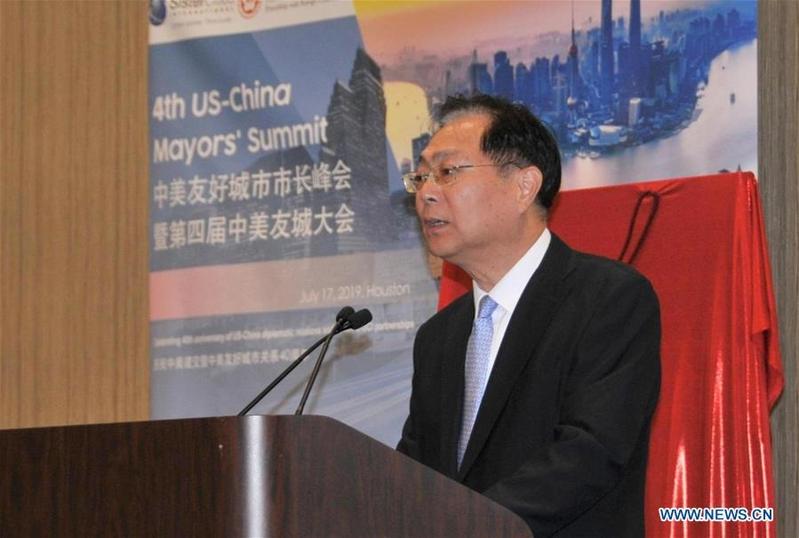 A desire to deepen Sino-US ties at the local level and broaden bilateral cooperation was expressed by municipal leaders, businesspeople and diplomats from China and the United States as they gathered in Houston on Wednesday for the fourth US-China Sister Cities Mayors' Summit.

Participants in the summit, which was themed "Cities Mean Business", aims to "strengthen economic and cultural ties drawing on local development and leveraging networks across China and the US", said Ron Nirenberg, mayor of San Antonio, Texas, and chairman of Sister Cities International, the US organization that co-hosted the summit.

Xie Yuan, vice-president of the Chinese People's Association for Friendship with Foreign Countries, the other co-host of the summit, said the event serves as a platform for further development of sister cities and pragmatic cooperation between local governments of the two countries.

Foreign Ministry spokesman Lu Kang said on Thursday that he believes the summit will inject new impetus into deepening friendships and strengthening cooperation between China and the US.

Understanding and friendship between the two peoples is the foundation for long-term development of Sino-US relations, Lu said at a daily news briefing.

Beijing is willing to work with Washington to enhance local and people-to-people communication to better benefit both peoples, he added.

"Subnational cooperation and people-to-people exchanges are the highlights in the history of China-US interactions and a driving force for the growth of our relations," said Cui Tiankai, China's ambassador to the US, in a message sent to the summit.

The 277 pairs of relationships at the state, provincial and city levels between China and the US－227 pairs of sister cities and 50 pairs of sister states/provinces－have led to win-win cooperation as both sides share resources and complement each other's strengths, he said.

More than 100 municipal representatives traveled from China to join their US counterparts from over 20 cities in the one-day summit, as the two sides engaged in broad-ranging discussions on topics including innovation and smart cities, the Maritime Silk Road, educational exchanges and how to energize and engage existing and prospective sister city relationships. 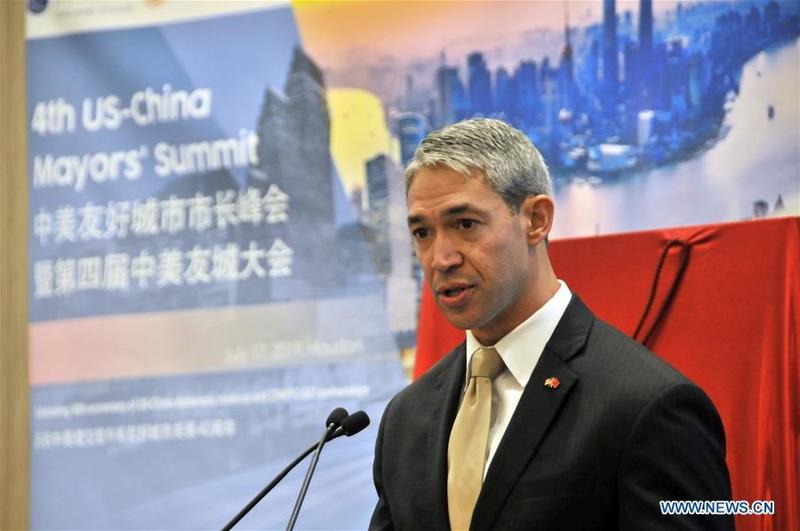 Carol Lopez, vice-chairwoman of Sister Cities International, said the turnout, which exceeded her expectations, showed that people from China and the US "care very much about our friendship and cooperating and working together as sister cities".

"There's only desire to have greater partnerships," she said of the participants at the summit. "Our two economies are so intertwined. Our people are so intertwined. We believe when people connect－people to people, community to community－we just become stronger together."

The overall sister city relationship between China and the US "serves as a strong foundation for bilateral relations," wrote Cui in his message.

The summit took place at a special time as the China-US diplomatic relationship is celebrating its 40th anniversary this year and leaders of the two nations met just weeks ago.

"This is an important moment in relations between the US and China," said Nirenberg.

Bilateral trade, investment, interpersonal exchanges and cooperation in all sectors have been booming in the past 40 years between China and the US, said Li Qiangmin, China's consul general in Houston.

The China-US relationship "is and will continue to be our most important bilateral relationship", said Charles Foster, a Houston-based lawyer and chairman of US-China Partnerships.