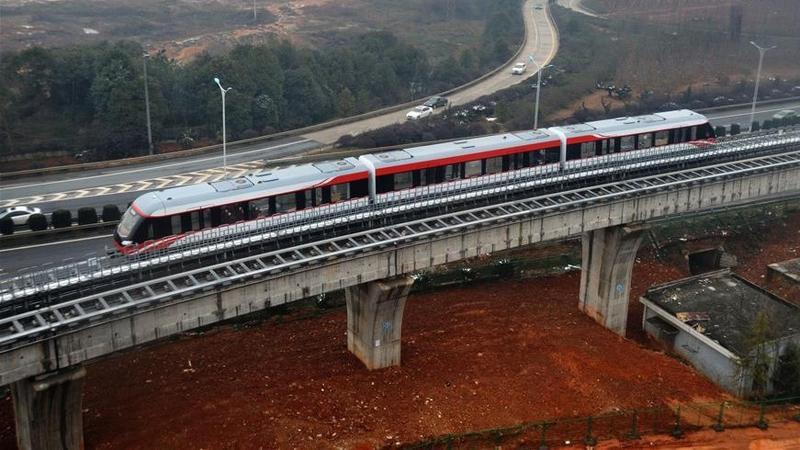 In this Feb 2, 2016 photo, a system debugging is operated on a medium-low-speed magnetic levitation (maglev) train in Changsha, capital of central China's Hunan province. China will roll off a new generation of self-developed driverless maglev trains with a designed speed of 200 kph in early 2020,  according to its lead developer. (LONG HONGTAO / XINHUA)

BEIJING - China will roll off a new generation of self-developed driverless maglev trains with a designed speed of 200 km per hour in early 2020, according to its lead developer.

Once put into operation, they will be the fastest maglev trains for commercial use in China. CRRC Zhuzhou Locomotive Co., Ltd. leads the efforts to develop the trains.

Zhou Qinghe, chairman of the company, told reporters Sunday prior to the annual session of the national legislature that new technologies are being used to enable the trains to travel faster and have greater hill climbing power.

The latest maglev trains are also equipped with a "powerful brain" to realize safe and reliable autonomous operation.

Zhou, who is also a deputy to the National People's Congress, said the new trains are suitable for inter-city or urban transit between 50 and 200 km in distance. They will also be the world's first maglev trains to run at 200 km per hour, he added.