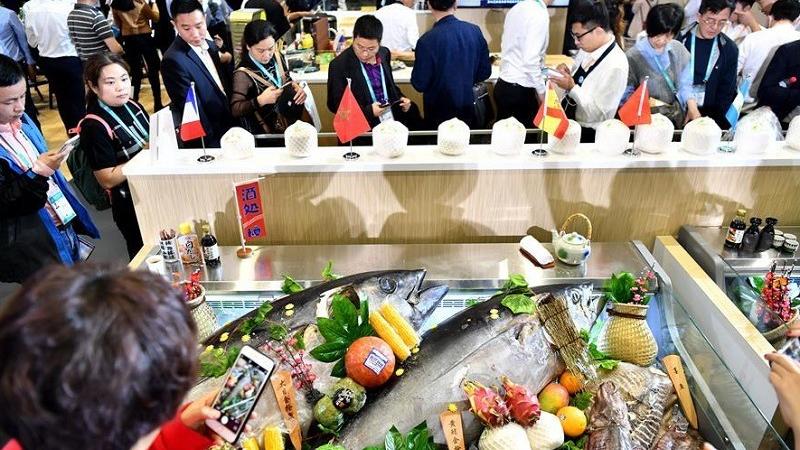 BEIJING - After a visit to China last November, the first thing Moroccan wine merchant Mamoun Sayah did back home was to make a plan to expand his vineyard.

He was thrilled by the number of wine dealers who lined up in front of his booth during the China International Import Expo, the world's first import-themed national-level expo held in Shanghai.

"I've always dreamed about bringing Moroccan wine to other countries. The potential for the Chinese market is enormous," Sayah said.

China's ongoing structural reforms are not only leading its economy onto a sustainable development path, but also underpinning the growth of the world economy, benefiting individuals and companies alike.

ALSO READ: Firms are eager for places at Shanghai's 2019 CIIE

"As China is transitioning from the 'world factory' to the 'world market', it will offer abundant opportunities for global firms," Wang Yiming, deputy director of the Development Research Center of the State Council, said on the sidelines of the annual sessions of the national legislative and political advisory bodies.

China is expected to import US$40 trillion worth of products and services in the next 15 years, the country announced at the import expo last year

China is expected to import US$40 trillion worth of products and services in the next 15 years, the country announced at the import expo last year.

According to a report by research firm eMarketer, China will replace the United States as the world's largest retail market this year.

"China has been the top engine for global economic growth. Its transition will inject new impetus to the world economy," said Wang, a member of the 13th National Committee of the Chinese People's Political Consultative Conference (CPPCC).

While the shift to a consumption-driven model encourages the imports of high-quality goods and services, China is also upgrading what it brings to the world.

In 2018, China's outbound direct investment totaled about US$130 billion, with most funds flowing into the leasing and business services, manufacturing, and wholesale and retail industries.

The fact that the manufacturing industry is taking a larger share in outbound investment shows that China is shifting from an old resource-oriented investment model to one that is more integrated into the global value chain, helping structural upgrade of the investment destinations, Wang said.

The company built its first wind farm in Panama in 2013, which produced green power that accounted for about 8 percent of the country's power consumption just a year after its operation.

Li Daokui, an economist at Tsinghua University and a national political advisor, said Chinese innovation has offered affordable technologies to other developing economies, helping with their own economic transformation.

According to Li, an economic transition is a lesson that must be learned in the development course of all countries, and China could offer plenty of experience in that aspect not only to developing economies but also the developed world.

"Developed countries could learn from China's management in macroeconomic control and its practices in the supply-side structural reform," Li said.