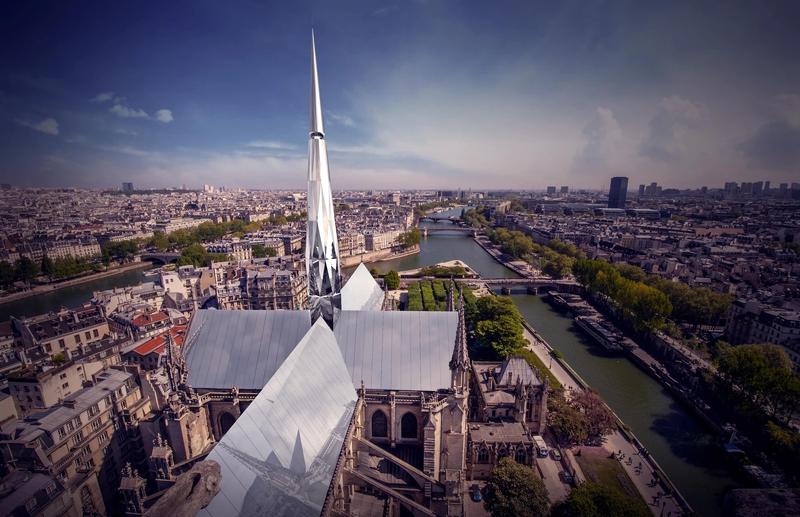 Although the French Parliament has voted to restore the fire-ravaged Notre Dame Cathedral to the way it looked before it was engulfed by a blaze in April, designers from around the world have been sharing their creativity to give the 12th-century monument a modern redesign.

The winning proposal, called "Paris Heartbeat", by Cai Zeyu from Hangzhou and Beijing-born Li Sibei features a multi-mirrored spire and a crystal roof

Among them, two United States-based Chinese architects have attracted attention with an idea called "Paris Heartbeat", featuring a multi-mirrored spire and a crystal roof.

Cai Zeyu who hails from Hangzhou, Zhejiang province, and Beijing-born Li Sibei, jointly submitted their winning proposal which would transform the Gothic structure in dramatic fashion.

Their design was announced earlier this week as the top vote earner amid online polling involving 226 submissions by designers from around the world.

The voting process, The People's Notre-Dame Cathedral Design Competition, was organized by California-based independent publishing company GoArchitect. The pair will receive a grand prize of US$1,000, according to its website. 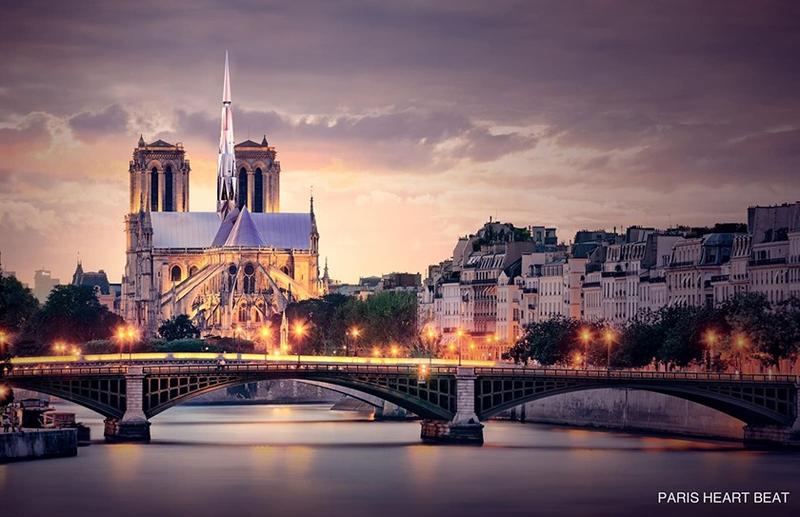 Cai and Li both work in Chicago for the US firm Skidmore, Owings & Merrill LLP.

Cai told GoArchitect that they conceived the future of the cathedral as having a glass roof to reflect the surrounding historical urban environment of Paris and a new spire to be made of several mirrors.

He said the spire's tip would be designed as "a time capsule to reflect history".

Cai said the rest of the spire would be constructed as a kaleidoscope and together with the tip, their inside reflection would be a fitting complement to the cathedral's iconic rose window. 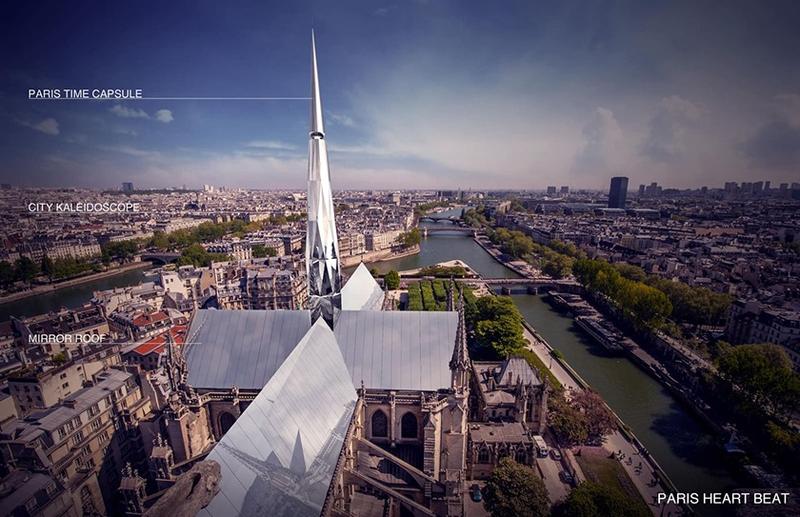 Cai, who studied architecture at Tsinghua University and Cornell University, told GoArchitect that he and Li both visited Notre Dame and were impressed by "the grandness, beauty and the peaceful atmosphere" created by the architectural legacy.

He said they participated in the competition because "visualization of Notre Dame through architectural language is the best way to show our great respect for the past of Notre Dame and best wishes for its future".

The massive fire in April that tore through the historical building destroyed its landmark roof and spire.

After the tragedy, French President Emmanuel Macron announced an international design competition to make Notre Dame "more beautiful than before". The restoration plans have since caused widespread debate on whether to return the nearly destroyed masterpiece to its classical appearance or to give it a more modern look. 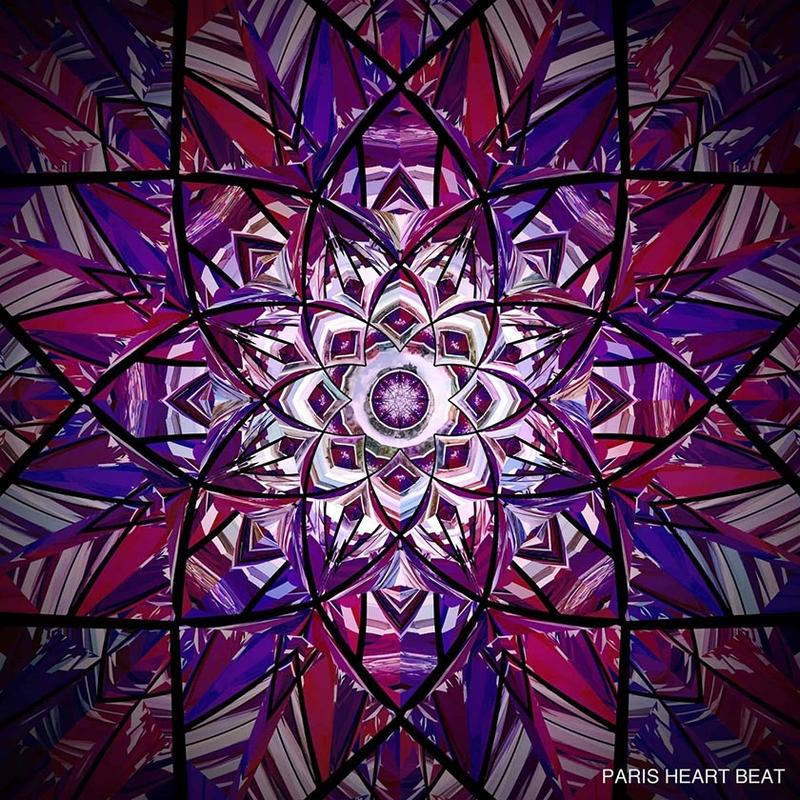 A rose window inside the "Paris Heartbeat. (PHOTO / DESIGNNOTREDAME.COM)

The Art Newspaper reported that a government restoration law passed by the French Parliament in July said Notre Dame should be restored to its appearance before the fire.

In its statement to launch the competition, GoArchitect said the future of Notre Dame should not be left up to the big-name companies or closed-door meetings.

It said Notre Dame was "a cathedral for the people and its future should be influenced by the people", and the competition is to "demonstrate to decision-makers that designers from all of the world deserve a chance".

Du Xiaoying in London contributed to this story.