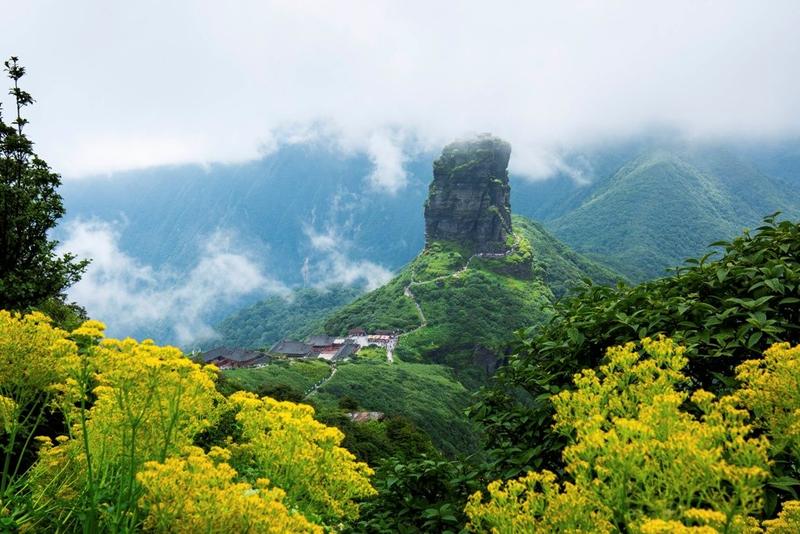 This photo taken on Aug 7, 2017 shows a general view of Mount Fanjingshan, a natural habitat for a number of flora and fauna species situated in China's southwestern province of Guizhou. (TAO LEI / XINHUA)

MANAMA - Mount Fanjingshan, a natural habitat for a number of rare plants and animal species situated in China's southwestern province of Guizhou, has joined 12 other natural sites in China to become a world natural heritage.

The decision was made Monday based on the consensus of the member states of the UNESCO 42nd World Heritage Committee during its meeting in Manama, the capital of Bahrain.

"The inclusion of Mount Fanjingshan on the World Heritage List showcased to the world the natural beauty of China," said Qin Changwei, secretary-general of China's National Commission for UNESCO.

It is an international acknowledgement of the achievement China has made in protecting ecological environment and biological diversity, he said.

In the technical evaluation report by the International Union for Conservation of Nature (IUCN) published in May, it argued that Mount Fanjingshan has proved its aesthetic value as a natural heritage site, achieving the criteria of world natural heritage, which requires the nominated sites to demonstrate outstanding biological diversity and integrity.

However, the report recommended that the nomination be referred back to China until its several concerns about the case are fully addressed.

The IUCN requested China to answer its questions concerning the proper relocation of residents living around Mount Fanjingshan, the management of increasing visitation to the site after its possible inscription, and the overlapping of its regulatory bodies.

"We have convinced the IUCN on our plans to manage the increasing flow of visitors, should Mount Fanjingshan entered the list of world heritage," said Liu Yuan, an official at China's Forestry and Grassland Administration.

After moving out from the mountainous areas of Fanjingshan and accepting the settlements arranged by the government, lots of residents who were living in poverty managed to improve their living conditions, he added.

IUCN, the official advisory organization on the natural sites of the UNESCO heritage meeting, releases assessment reports on the nominated natural heritage sites ahead of the world heritage meetings. 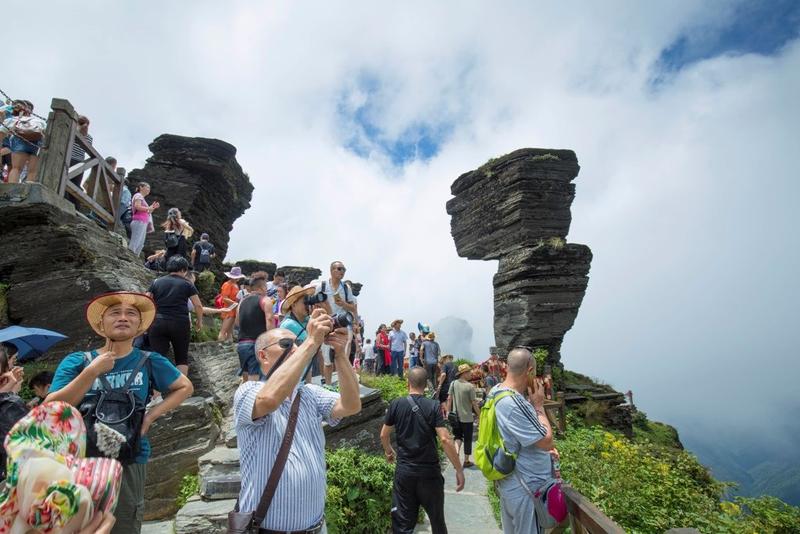 Mount Fanjingshan, the highest peak in the Wuling Mountain range at an altitude of 2,572 meters, stretches on an area of 402.75 square km with a buffer zone of 372.39 square km.

The ecosystem of Mount Fanjingshan has preserved large numbers of ancient relict plants, rare and endangered creatures, as well as unique species. It is home to 4395 species of plants and 2767 of animals.

In addition, it is the only habitat of the rare Guizhou snub-nosed monkey and the Fanjingshan fir, the most important reserves of beech forests in Asia and the world's most gymnosperms-rich area.

In October 2013, Mount Fanjingshan was listed as the national natural heritage of China, after which it was proposed by China as the country's only natural heritage nomination for 2018 world heritage meeting.

The 42nd World Heritage Committee meeting, held from June 24 to July 4, has discussed 28 nominations to the World Heritage List, including five natural sites, 20 cultural sites and three mixed ones.