Iran warns US ending deal will be 'historic regret' 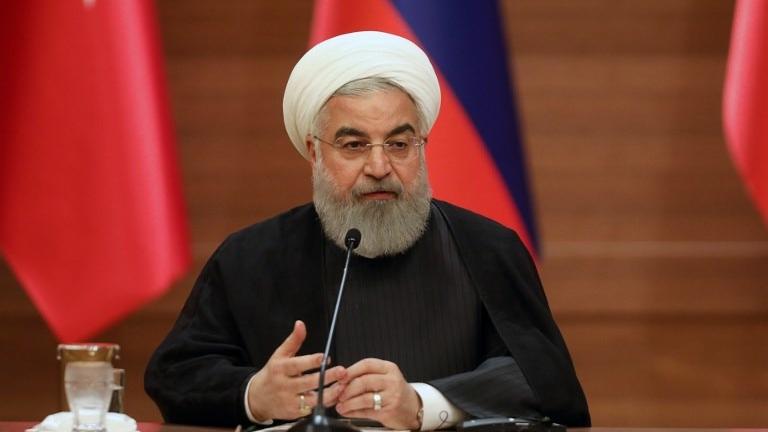 Iranian President Hassan Rouhani speaks during a joint press conference with the leaders of Turkey and Russia as part of a tripartite summit on Syria, in Ankara, Turkey, on April 4, 2018. Iran's president is warning US President Trump that pulling America out of the nuclear deal with world powers would be a "historic regret." (ADEM ALTAN / AFP)

TEHRAN, Iran — Iran's president is warning President Donald Trump that pulling America out of the nuclear deal with world powers would be a "historic regret."

President Hassan Rouhani made the comments Sunday in the city of Sabzevar while on a tour of Iran's Razavi Khorasan province.

Rouhani said: "If (the US) opts to pull out of the nuclear deal, it will soon realize that this decision will become a historic regret for them."

Rouhani also assured Iranians that "no change will occur in our lives next week" regardless of Trump's decision.

Trump faces a self-imposed May 12 deadline over the 2015 nuclear deal, which he long has criticized.

Iran has faced economic trouble in recent weeks, with some analysts blaming the uncertainty surrounding the accord.