By Edith Lu in Shanghai 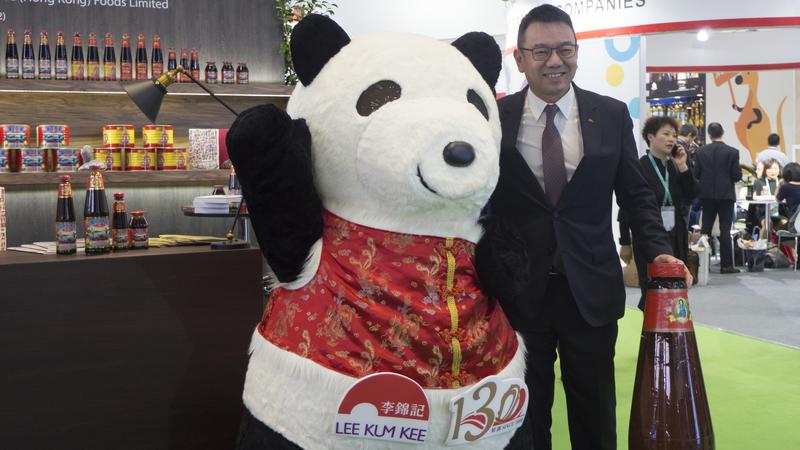 If there’s a good market response to these products sold on e-commerce platforms, consumers might see them in offline supermarkets in the near future

Hong Kong-based Lee Kum Kee International Holdings – the city’s iconic group with a 130-year history and famous for its oyster-flavored sauce -- has started importing products being sold in overseas markets and selling them on cross-boundary e-commerce platforms like Tmall and JD on the mainland market, Dodie Hung, the group’s executive vice-president of corporate affairs, told China Daily on the sidelines of the inaugural China International Import Expo in Shanghai.

“If there’s a good market response to these products sold on e-commerce platforms, consumers might see them in offline supermarkets in the near future,” Hung said.

The mainland has become the largest and the fastest-growing market for many companies. Hung said Lee Kum Kee sees an annual double-digit rise in sales for the mainland market, with sales on the mainland accounting for more than half of the total.

Currently, Lee Kum Kee exports more than 200 types of sauces and condiments to various countries and regions, but only about half of them are available on the mainland market – the best seller being its seasoned soy sauce for steamed fish.

However, with stiffer competition in the soy sauce sector, the group is tapping into the vinegar business, having launched three new products, including rice vinegar, balsamic vinegar and mature vinegar, on Tmall.

Hung said they will continue to introduce more healthy and convenient products to the mainland market, such as organic sauces and gluten-free ones. He believed some ready-to-eat soup and sauce packets should also be welcomed by young consumers.

Apart from imports, Hong Kong food enterprises are seeking cooperation opportunities with exhibitors at the CIIE, including suppliers of raw materials.

Hong Kong mooncake maker Wing Wah Cake Shop has been in talks with ingredients suppliers from all over the world, and is exploring room for cooperation.

“Representatives of Japanese matcha producer Kitagawa Hanbee Syouten visited us, saying they could send us some samples to see if it could work with us in the production of mooncakes or icy mooncakes,” said Wing Wah’s Communication Manager Elizabeth Woo.

More than 160 Hong Kong enterprises, involved in the goods and services trade, are exhibiting their products at the expo.