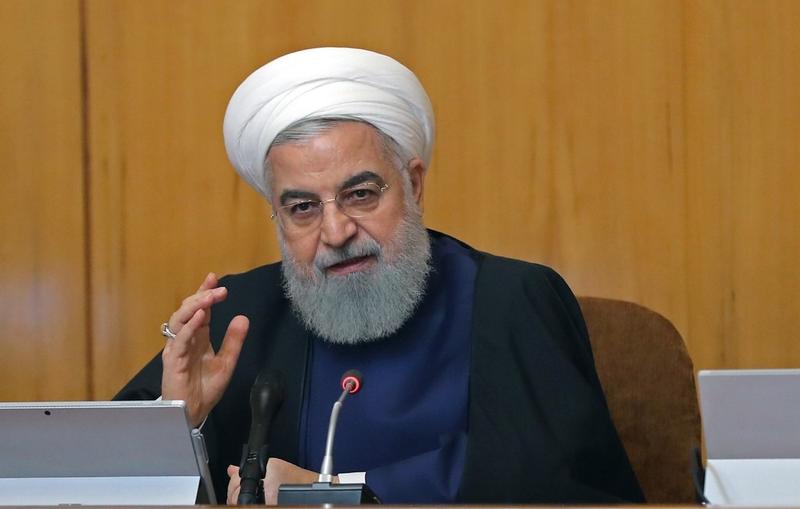 TEHRAN - Iranian President Hassan Rouhani said Wednesday in letters to five world leaders that Iran will scale back more compliance with a 2015 nuclear agreement in 60 days unless they keep promises with the deal, according to media reports.

Rouhani said Iran will increase uranium enrichment level and get ready for talks with Europe on Joint Comprehensive Plan of Action (JCPOA) in which wide-ranging sanctions on the Iranian economy was lifted and Tehran in return agreed to accept limits on its nuclear technology program and allow inspections of its nuclear installations.

Rouhani said that Iran will stop exporting its enriched uranium and heavy water product if a deal is not reached in 60 days.

"It doesn't mean that Iran leaves the nuclear agreement, known as Joint Comprehensive Plan of Action (JCPOA)," Rouhani said in a televised speech on Wednesday.

Under the nuclear deal clinched between Iran and world's six major powers in 2015, Iran accepted to send out its low-grade enriched uranium once its production exceeded 300 kg. Besides, Iran had to sell the extra amount heavy water product beyond 130 tons. 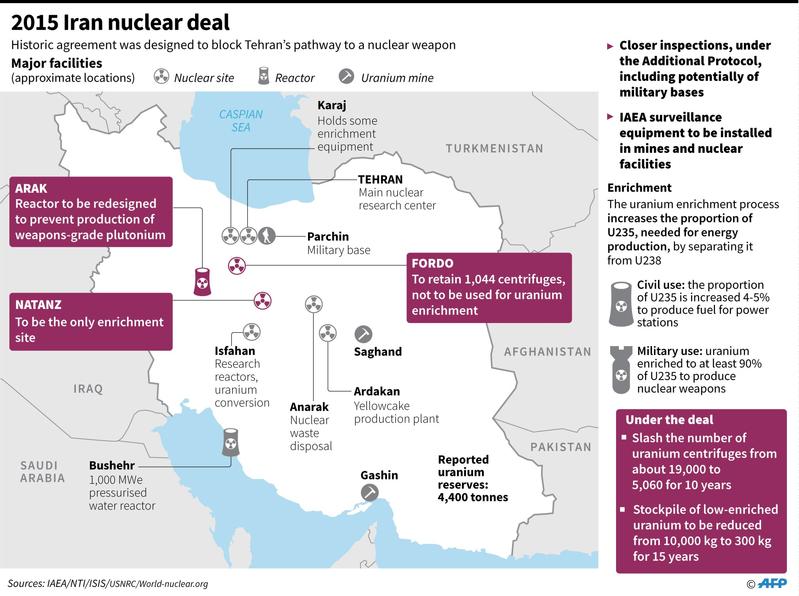 Map and fact file on the 2015 Iran nuclear deal, one year after the US withdrawal from the agreement

Iran said earlier that it would announce a set of retaliatory measures on Wednesday in a response to the US withdrawal from the 2015 nuclear deal and re-imposition of sanctions against Tehran.

On Tuesday, US Secretary of State Mike Pompeo paid an unannounced lightning visit to Iraq in the wake of what the US called a "credible threat" by Iran in the region.

The US said it has deployed an aircraft carrier group and bombers to the Middle East as a result.

Pompeo told the traveling press during his flight to Baghdad that he paid the sudden visit to Iraq because of "information that indicates that Iran is escalating their activity."

Citing three senior US officials, The New York Times reported on Monday that intelligence indicated that US troops in Iraq and Syria might be under "threat" by Iran. 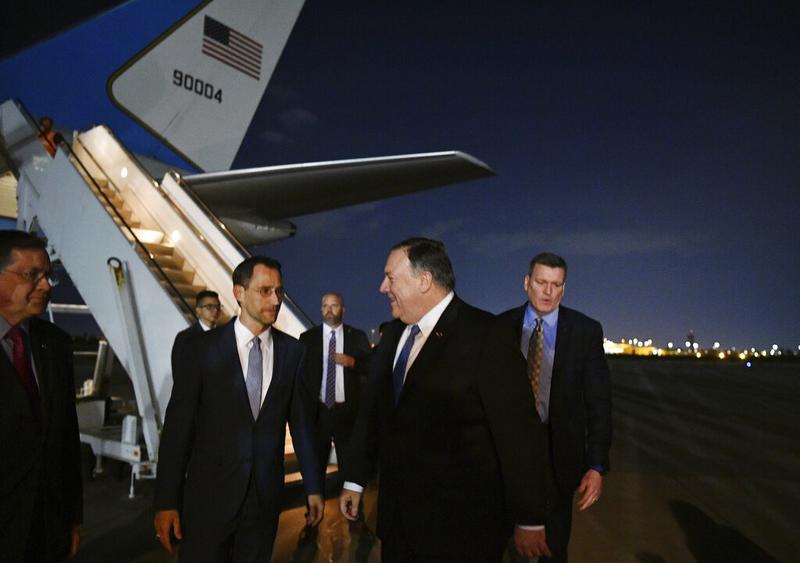 Washington claimed it made the decision of sending Abraham Lincoln aircraft carrier group to the region on the above reason.

France said on Wednesday it wanted to keep the Iran 2015 nuclear deal alive, but warned Tehran that if it were to not keep to its commitments then the question of triggering a mechanism that could lead to sanctions would be on the table.

"Today nothing would be worse than Iran, itself, leaving this agreement," she said.

Russian Foreign Minister Sergei Lavrov reaffirmed Russia's support for the deal, and blamed the US for undermining it

She said that France, Britain and Germany, the European signatories to the deal, were doing all they could to keep the it alive by putting together initiatives to help Iran's economy despite tough US sanctions.

Germany said it regretted the Iranian government's statements and urged Tehran not to take any aggressive steps.

A German Foreign Ministry spokesman added that Berlin wants to keep the Iran nuclear deal, and said Berlin would fully stick to its commitments as long as Iran does the same.

Russian Foreign Minister Sergei Lavrov reaffirmed Russia's support for the deal, and blamed the US for undermining it.

Britain, meanwhile, said Iran would face consequences if it backed away from its nuclear deal.

US President Donald Trump pulled Washington out of the Iranian international nuclear deal in May 2018 and resumed energy and financial sanctions against the country.

The Trump administration aims to push Iran to the negotiation table by exerting "maximum pressures." Washington seeks to seal a new nuclear deal with Iran, to further curb Iran's nuclear programs and its ballistic missile tests.