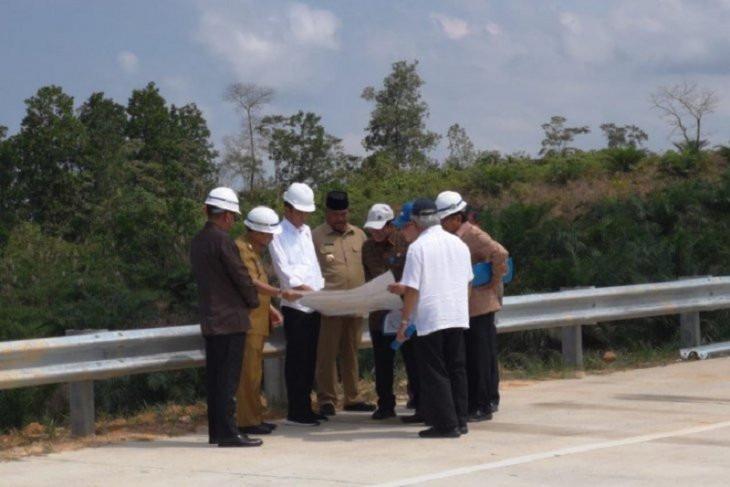 Indonesian President Joko "Jokowi" Widodo (third left), along with other officials, studies a map during a visit to Bukit Soeharto in Kutai Kartanegara regency, East Kalimantan, on May 7, 2019. Bukit Soeharto, is one of several areas that have been mooted as a new capital city. (PHOTO / THE JAKARTA POST)

JAKARTA — The Indonesian government has set the timeline to relocate capital city, most probably in Borneo island, showing its seriousness to realize the plan that was introduced by founding president Sukarno.

Minister of National Development Planning Bambang Brodjonego said in Jakarta on Monday that the government would complete a series of studies, appoint the location and discuss the legal basis for the relocation with the House of Representatives this year.

The government would complete a series of studies, appoint the location and discuss the legal basis for the relocation with the House of Representatives this year

He said the study, which began in 2017, included an initial study on alternative locations, socio-economic impact, capital city design concept and technical studies.

“In 2020, land preparation begins, assuring the status of the land and preparing the basic infrastructure,” Bambang was quoted as saying in a press statement.

In 2021, Bappenas would start drafting the details of the master plan, site plan, buildings and basic infrastructure, Bambang added.

Meanwhile, from 2022 to 2024, the government will focus on procurement, land acquisition, drafting a detailed engineering design, groundbreaking for the new capital city development and capital city expansion plan.

“In the initial phase, the new capital city will only accommodate 1.5 million people,” Bambang said, adding that those people would consist of 195,500 civil servants, lawmakers and law enforcers; 25,600 military and police officers; 884,840 members of families and 393,950 businesspeople.

“The relocation of people will take place in the period of five to 10 years since the completion of the new capital city development,” said Bambang.