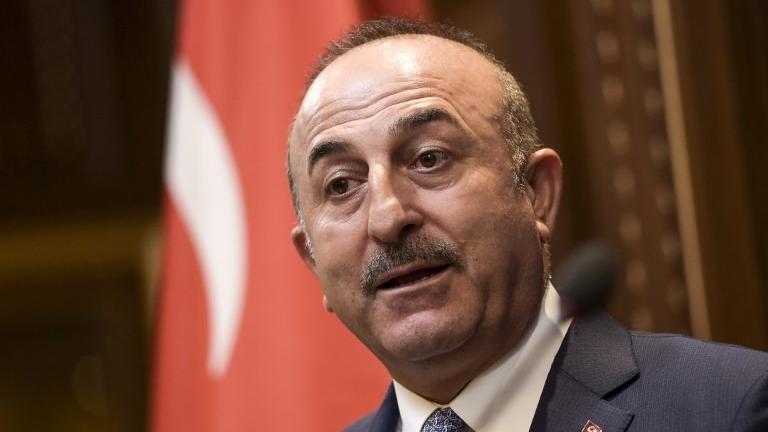 Turkish Foreign Minister Mevlut Cavusoglu speaks during a press conference with his Kosovo counterpart (not in frame) in Pristina on Oct 19, 2018. (ARMEND NIMANI / AFP)

BERLIN — Turkey's foreign minister says he has listened to a "disgusting" tape that allegedly captures the killing of journalist Jamal Khashoggi by Saudi agents at the kingdom's consulate in Istanbul.

Mevlut Cavusoglu told German daily Sueddeutsche Zeitung on Tuesday, "I listened to it. He was killed within seven minutes. It was a deliberate murder."

Cavusoglu said he could hear the forensic doctor instructing others to listen to music while he cuts up the body.

He said: "One notices that he's enjoying it ... he likes to cut up people. It is disgusting."

Turkey says Khashoggi, who wrote for The Washington Post, was killed last month by a 15-member assassination squad sent from Riyadh. Ankara insists orders for the killing came from the highest levels of the Saudi government, but not King Salman.