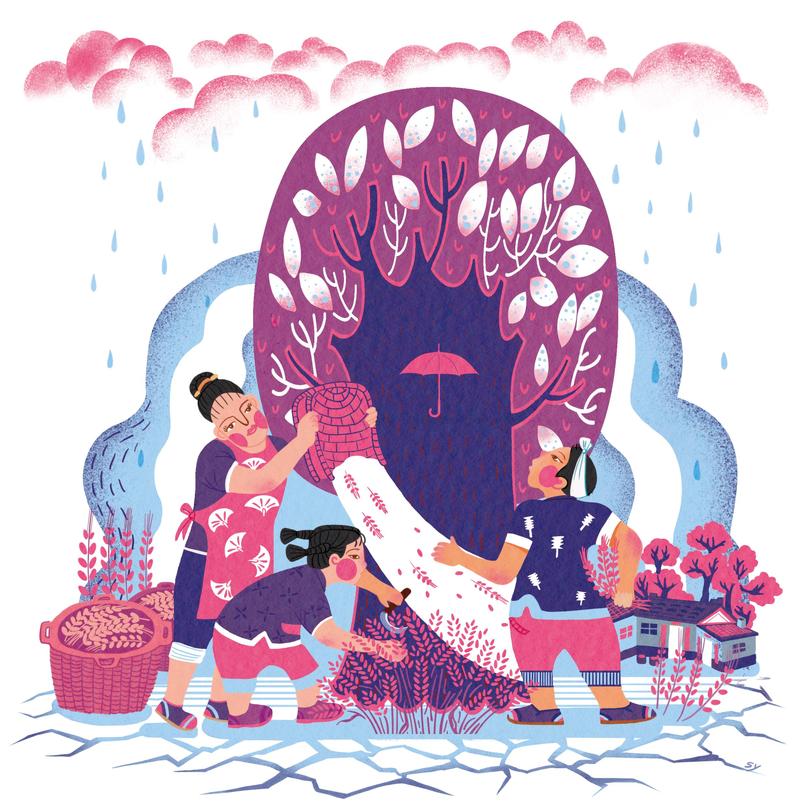 As a traditional Chinese saying goes, "Farmers mainly depend on heaven or the weather for food."

Areas hit by severe disasters can see their whole year of hard work swept away.

To combat the winds of fate, the upcoming policy to establish an agricultural insurance system in piloting regions will soon help farmers to tackle the uncertainty.

The State Council's executive meeting on April 26 decided to push forward government implementation of the system by launching pilot zones to improve the overall disaster insurance in agriculture.

This aims to further enhance insurance in the agricultural sector to boost supply-side reform in agriculture and increase farmers' incomes.

According to a statement after the meeting, disaster insurance will be provided in 13 major grain-producing provinces, with insurance covering material costs and land rental impacted by disaster. Meanwhile, the government will also increase the subsidy for insurance payments in the pilot counties.

Zheng Fengtian, professor of agriculture and rural development at Renmin University of China, believes this insurance subsidy will encourage farmers to boost output due to the greater financial security.

"Previously, when a region's farming land was hit by natural disasters, farmers largely depended on government subsidy to compensate their loss," Zheng explained.

"Now, as 13 piloting regions will be covered by the government-backed insurance, this means financial subsidies for farmers in case of disasters will be more systematic, and the amount of insurance payouts will be evaluated in a more professional way."

Farmers, he added, will no longer be burdened by worries over natural disasters.

Zheng said that as most commercial insurance is profit-oriented, losses incurred in case of disasters have long become a tough balancing act between insurance groups and the government.

He believes the move will encourage farmers to grow more, especially grain, because profits in cultivating grain was traditionally much lower than for cash crops.

Major grain producing areas, such as Anhui and Hubei provinces, have been vulnerable to flooding, storms, drought and other extreme weather events. When heavy rains triggered floods in central and southern China in 2016, washing away homes, causing landslides and flooding farmland, the damage resulted in overall losses of $20 billion.

Xu Haibo, director of an agricultural cooperative in Anhui, raised the issue of the high standards required for insurance claims with Premier Li Keqiang in January when he was invited to give suggestions for the 2017 Government Work Report at a meeting chaired by the premier.

In Li's work report in March, the premier asked authorities to provide disaster insurance for farmers engaging in appropriately scaled farming operations, and for financial funds to be utilized when necessary.

A slew of incentives will be put in place to provide disaster insurance for farmers to enhance their ability to fight against disasters and safeguard their incomes while further promoting the development of the agricultural sector, as urged by Li during the April 26 meeting.

Agriculture serves as the key foundation for economic growth, as well as improving people's livelihoods, and the country's No 1 central document has been devoted to agriculture, farmers and rural areas in recent years.

The document this year urged deepening supply-side structural reform in agriculture to cultivate new drivers in the sector, urging better innovation and diversity from the supply side in meeting market demands.

The upcoming policy will also increase government insurance subsidies for some central and western piloting regions.

The new increase in subsidies from the government will serve as a good incentive for both farmers and insurance companies to join the new disaster insurance initiative.