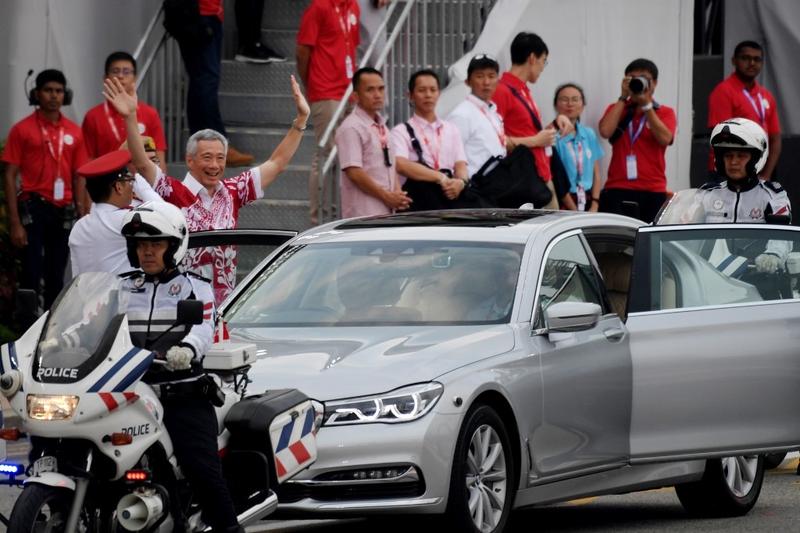 Speaking at the country's National Day Rally which is regarded as the most important political speech of the year, he noted that while Singapore's current economic slowdown has also been affected by a weakening global demand and international trade, there is no need for immediate economic stimulus measures yet.

In his speech, Lee also outlined measures to make Singapore's education more affordable, support Singaporeans to work longer and suggested ways to guard against the "existential" threat of climate change

During the rally held at the Institute of Technical Education College Central, Lee added that the Singapore government is ready to step in promptly if the situation worsens.

In his speech, Lee also outlined measures to make Singapore's education more affordable, support Singaporeans to work longer and suggested ways to guard against the "existential" threat of climate change.

In order to help families with preschool fees, the Singapore government will raise the income ceiling for those seeking extra subsidies to 12,000 Singapore dollars, up from the current 7,500 Singapore dollars. This move will allow 30,000 more families to qualify and benefit from extra subsidies. The government will raise the share of government-supported preschool places from the current figure of just over 50 percent to 80 percent over time.

Noting that more Singaporeans are living longer, Lee said that they should get more support to stay active and work longer. To do so, the government will raise retirement age and re-employment age to 65 and 70 respectively by 2030. These will be done progressively, said Lee.

At the same time, the government will increase the Central Provident Fund (CPF) contribution rates starting from 2021 over the next 10 years, so as to help older workers build more retirement savings. The CPF is a mandatory social security savings scheme funded by contributions from employers and employees. It is a key pillar of Singapore's social security system, and serves to meet the retirement, housing and healthcare needs of Singaporeans.

These changes will "support older workers to continue working longer and help them be more financially independent," he said.

Lee then moved on to the topic of global warming and rising sea level. Lee said mitigating the impact of climate change will be treated "with utmost seriousness" by the government, as the most part of the city-state is low-lying land which is vulnerable to be engulfed by rising sea waters.

Some of the options include following the Dutch model of building polders (low-lying land reclaimed from the sea or a river and protected by dykes), or reclaiming a series of islands offshore, connecting them up with barrages and creating a reservoir.

Singapore is still examining the options carefully and will decide what to do when the time comes, he said. All Singaporeans can also do their bit to cut down carbon dioxide emissions and promote sustainability, such as cutting down on excessive packaging, food waste, or electronic waste, he added.