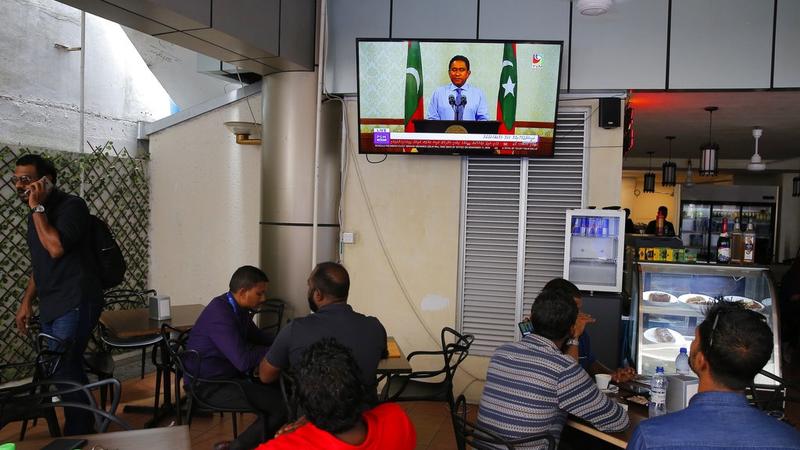 Speaking in the Maldives' native language, Dhivehi, Gayoom congratulated Solih and said, "I know I have to step down now."

Speaking in the Maldives' native language, Dhivehi, Gayoom congratulated Solih and said, "I know I have to step down now."

The concession and the results were a surprise to Maldives' opposition, who had feared Yameen would rig the vote in his favor. Since getting elected in 2013, Yameen had cracked down on political dissent, jailing rivals — including his half brother and the Maldives' first democratically elected president — and Supreme Court justices.

After Solih claimed victory just after midnight on Monday, his supporters flooded the streets, hugging one another, waving the Maldivian flag, cheering and honking horns in celebration. 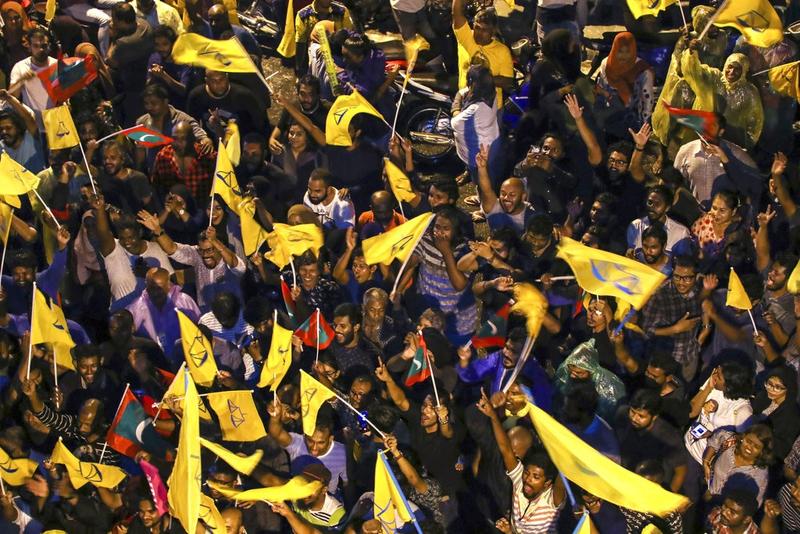 Solih, 56, was a democracy activist during decades of autocratic rule and a former Parliament majority leader. He became the Maldivian Democratic Party's presidential candidate after its other top figures were jailed or exiled by Yameen's government. 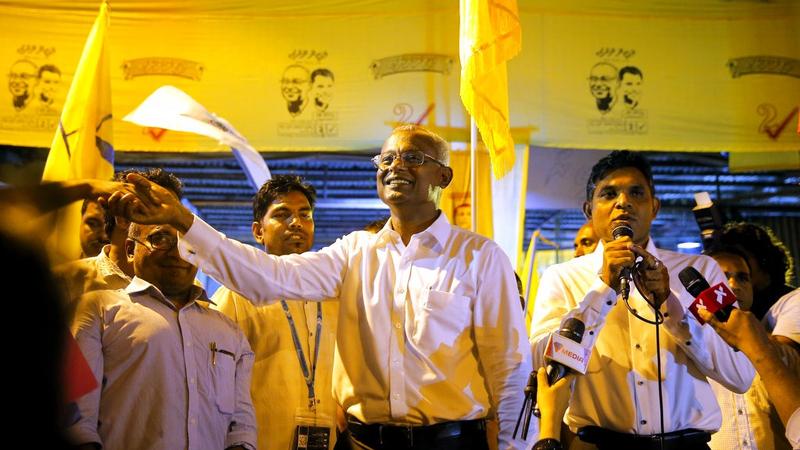 Party leader and former President Mohamed Nasheed, in exile in Sri Lanka, had hoped to run again but was disqualified because of an outstanding prison sentence in the Maldives.

Solih campaigned door to door, speaking at rallies about human rights and the rule of law, a message that resonated with voters who saw signs the Maldives was slipping back to autocratic rule, just a decade after achieving democracy.

Ahamed Fiasal, a 39-year-old IT business owner who voted for Solih, said the election result was surprising because "no one thought that Yameen would lose like this. He had all the power — the judiciary, the police, the security forces under him. It seemed he might rig the election even at the last minute and would win somehow or the other."

In his victory speech, Solih called the election results "a moment of happiness, hope and history," but said he did not think the election process had been transparent.

A police raid on Solih's main campaign office the night before the election was seen as a worrying sign that Yameen would attempt to "muzzle his way" to re-election, according to Hamid Abdul Gafoor, an opposition spokesman and former Maldives lawmaker now based in Colombo, Sri Lanka.

The European Union had said that it was not sending election observers because the Maldives had failed to meet the basic conditions for monitoring. The US had threatened to sanction Maldivian officials if the elections were not free and fair.

The State Department congratulated the people of the Maldives for having a peaceful, democratic vote. A statement from spokeswoman Heather Nauert noted the reported opposition victory and urged "calm and respect for the will of the people" as the election process was being concluded.