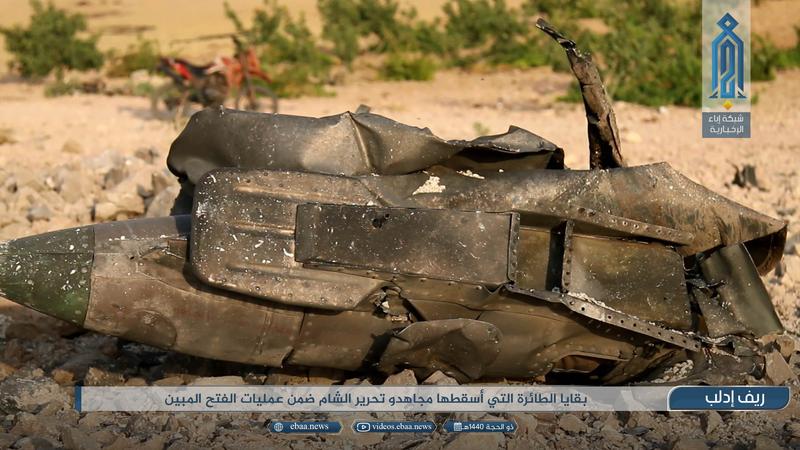 BEIRUT - Syrian air defences identified a missile that was fired towards the city of Masyaf near Hama late on Thursday and destroyed it before it hit its target, a Syrian military source said.

The missile was fired from the direction of northern Lebanon, the military source added in a statement distributed on a messaging app.

The latest offensive aims to besiege rebel-held towns and villages in northern parts of Hama province, according to opposition activists.

State television had previously reported the sound of a massive blast near Masyaf in Hama province although there were no immediate reports of damage or casualties.

Syrian troops also advance in northwest. On Thursday, Syrian forces gained more ground from insurgents in the country's northwest, edging closer to a major rebel-held town a day after militants on Wednesday shot down a government plane in the area, confirmed by the Syrian state media.

An al-Qaida-linked group has released a video of the pilot in which the handcuffed man identified himself as a lieutenant colonel in the Syrian air force. In the video, the pilot says his fighter jet was shot down when he was carrying out a mission near Khan Sheikhoun.

The government offensive, which intensified last week, has displaced nearly 100,000 people over the past four days, according to the Syrian Response Coordination Group, a relief group active in northwestern Syria.

Syrian troops have been on the offensive in Idlib and its surroundings, the last major rebel stronghold in Syria, since April 30. 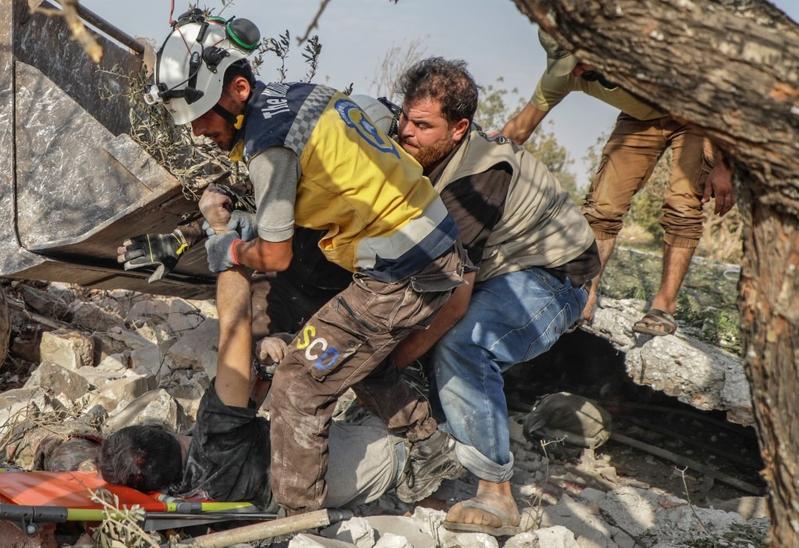 A Syrian civilian and a member of the Syrian Civil Defence (White Helmets) recover a body from the rubble after a reported airstrike by regime planes on the town of Maaret Hurmah in the southern countryside of Syria's northwestern Idlib province, on Aug 14, 2019. (ABDULLAH HAMMAM / AFP)

The town of Khan Sheikhoun is a stronghold of al-Qaida-linked Hayat Tahrir al-Sham, the most powerful group in the rebel-held areas. The town was the scene of a chemical attack on April 4, 2017 that killed 89 people.

The Britain-based Syrian Observatory for Human Rights, a war monitoring group, said the villages fell in the morning hours and that the town of Khan Sheikhoun is being bombarded relentlessly.

The UN said Thursday that a series of airstrikes in the Ma'arat Humeh area in southern Idlib led to the deaths of a paramedic, an ambulance driver and a rescue worker, adding to the more than 500 civilian fatalities documented in the country by the United Nations in the past 3 1/2 months.

Mark Cutts, the UN deputy regional humanitarian coordinator for the Syria crisis, said Wednesday's airstrikes, which destroyed an ambulance, highlight again "the horror" in Idlib, where 3 million people remain trapped by fighting with nowhere to flee.

Israel wants to stop military build-up in Syria by its arch regional foe Iran and Tehran's close military ally the Lebanese Hezbollah group, which are both fighting on President Bashar al-Assad's side in Syria's eight-year civil war.