Moon: Koreans have right to sue over colonial forced labor 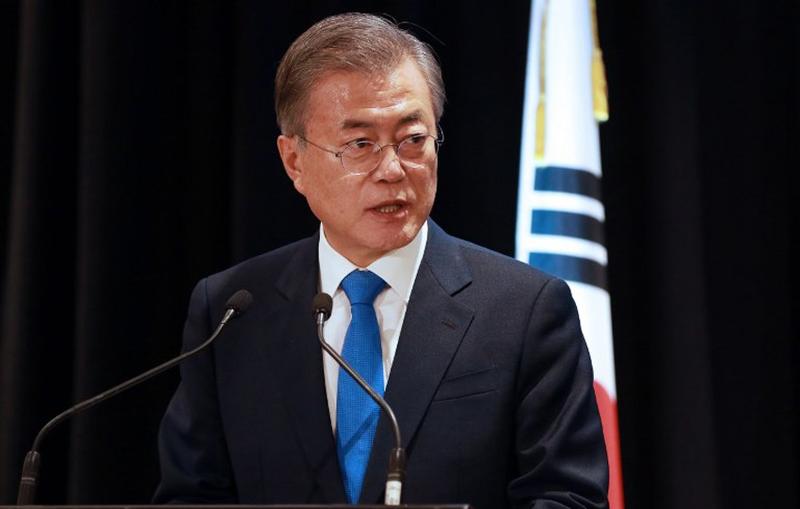 In this Dec 4, 2018 photo, President of the Republic of Korea (ROK) Moon Jae-in attends a joint press conference in Auckland with New Zealand Prime Minister Jacinda Adern (not pictured). Moon said on Dec 14, 2018 that a 1965 treaty between the ROK and Japan doesn’t prevent Koreans from suing Japanese firms for forced labor. (DIEGO OPATOWSKI / AFP)

President of the Republic of Korea (ROK) Moon Jae-in said a 1965 treaty between the countries doesn’t prevent Koreans from suing Japanese firms, potentially aggravating a diplomatic dispute between the two nations.

Moon’s comments Friday to visiting Japanese lawmakers in Seoul challenged Japan’s views that compensation claims from the country’s 1910-1945 colonization of the Korean Peninsula were settled by the treaty.

The latest Supreme Court ruling does not deny the treaty between South Korea and Japan.

While the compensation amounts in the latest cases are manageable for the companies, the rulings strike at the heart of a fraught history between the two US allies that risks hurting relations in other areas including joint efforts to stem nuclear ambitions of the Democratic People’s Republic of Korea (DPRK).

“The latest Supreme Court ruling does not deny the treaty between South Korea and Japan,” Moon was quoted as saying by his office. Moon saw the court as ruling that individual worker’s claims to seek compensation from Japanese companies still existed, the office said in a statement.

The treaty states that all claims are “settled completely and finally,” and Japan has said it can’t accept the ROK court’s rulings.

Chief Cabinet Secretary Yoshihide Suga told reporters on Friday that Japan was monitoring ROK actions, adding that he would refrain from responding to every comment from Seoul on the matter.

There are 15 other forced-labor cases pending in the ROK involving 69 companies, according to the Japanese Ministry of Foreign Affairs, which refers to the claimants as “former civilian workers from the Korean Peninsula.”

The two countries were already sparring over compensation for women, mostly from Korea, who were trafficked to Japanese Imperial Army brothels decades ago. The ROK used the compensation money from Japan, which would be about US$2.4 billion in today’s money, to help build its industrial base.