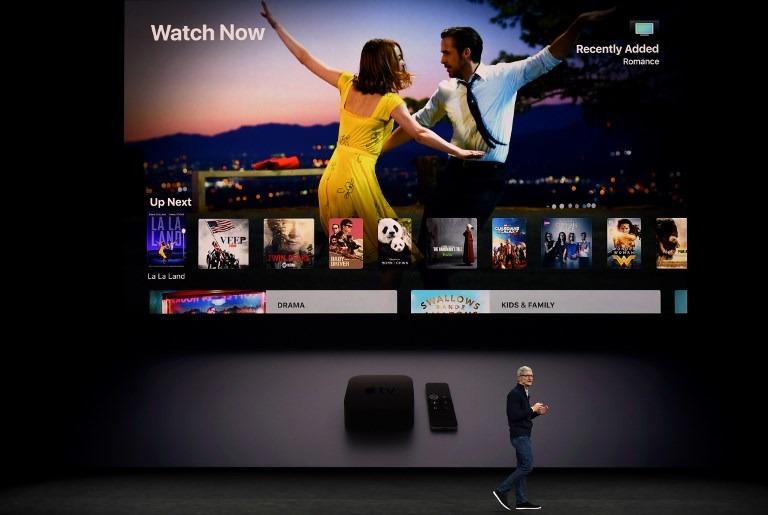 SAN FRANCISCO / LOS ANGELES — Apple Inc is expected to finally lift the curtain on Monday on a secretive, years-long effort to build a television and movie offering designed to compete with big media companies and boost digital services revenue as iPhone sales taper.

"It's show time" is how the iPhone maker billed the affair slated for the Steve Jobs Theater at its Cupertino, California, headquarters. Analysts believe it will be the technology company's first splashy launch event that will not feature new gadgets or hardware.

Hollywood celebrities are likely to trek to Apple's Cupertino home to greet the debut of a revamped Apple TV digital storefront. Apple has commissioned programming from A-list names such as Jennifer Aniston, Reese Witherspoon, Oprah Winfrey and Steven Spielberg.

The Apple original shows are expected to be offered alongside the option to subscribe to content from Viacom Inc and Lions Gate Entertainment Corp's Starz, among others, sources have told Reuters.

Apple will join a crowded field where rivals such as Amazon.com's Prime Video and Netflix Inc have spent heavily to capture viewer attention and dollars with award-winning series and films.

Apple's jump into original entertainment signals a fundamental shift in its business. Sales of hardware money-makers the iPhone, iPad and Mac were either stagnant or flat in its most recent fiscal year. Without another category-defining new gadget announced to the public, Apple is expected to rely on selling subscriptions and services like video, music and hardware insurance.

Revenue from its "services" segment - which includes the App Store, iCloud and content businesses such as Apple Music - grew 24 percent to US$37.1 billion in fiscal 2018.

Sales of hardware money-makers the iPhone, iPad and Mac were either stagnant or flat in its most recent fiscal year

The services segment accounted for only about 14 percent of Apple's overall US$265.6 billion in revenue, but investors have pinned their hopes for growth on the segment.

Apple's TV push has been cloaked in mystery. Even producers of Apple's shows are unsure about many of the details about when and how audiences will be able to see their work.

On Monday, Apple also is expected to unveil an Apple News subscription option featuring content from major publishers and a new credit card with Goldman Sachs to bolster Apple Pay.

NOT TAKING ON NETFLIX

While Apple plans to spend US$2 billion on original shows this year and has hired Hollywood veterans to oversee them, it is unlikely to take on Netflix or Amazon directly by including libraries of older shows. Instead, its model is expected to more closely resemble the App Store, offering paid subscriptions to other media companies' programming and keeping a cut of sales.

Ahead of the launch, Apple negotiated deals that would let Apple bundle and sell networks at a discount, replicating a business model from the cable TV industry, one source familiar with the matter said.

Apple's pitch to Hollywood is that it has the potential to reach hundreds of millions of viewers. The company said in January there were 1.4 billion active Apple devices, 900 million of which are iPhones. It has positioned that as leverage against Netflix's 139 million global customers and the 100 million subscribers to Amazon's Prime shipping program, which includes the video service.

But the Silicon Valley company has a history of making quick progress when coming from behind: It launched its Apple Music streaming service years after rival Spotify Technology SA but has garnered 50 million listeners, nearly half of Spotify's 96 million premium subscribers. And Apple in January said its Apple News service had 85 million active users after being released less than four years ago.