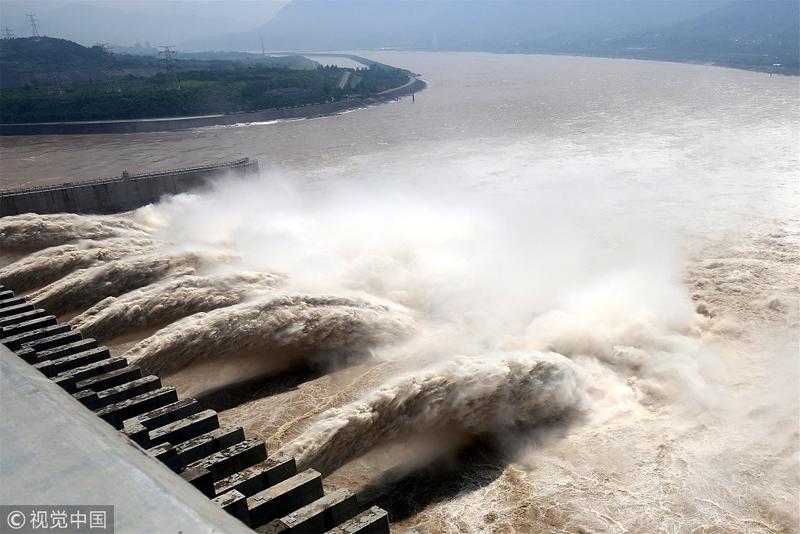 Chinese authorities have dismissed rumors on social media that the Three Gorges Dam is breaking and poses a threat to the local population, saying the dam's structural integrity is intact and its various functions are operating properly.

A team of safety experts from China Three Gorges Corporation, the dam's operator, said in a statement on its WeChat account on Saturday that the dam's structural changes since its completion in 2006 are in the millimeter range.

The tiny structural changes were normal and likely caused by periodic changes of the water level, temperature and the uneven distribution of gravity across the 185-meter-high, 2,309-meter-long dam

Various monitored safety factors are also well within their designed limits, and the dam is operating "normally, safely, and reliably", they said. The experts added that they have been closely monitoring the dam, which has more than 12,000 internal observation instruments embedded into its main body.

"Of all the high dams we have studied around the world, the Three Gorges Dam is one of the best in terms of the diversity of monitored safety factors and surveillance coverage, as well as the integrity rate of internal observation instruments and their automation level," the team said.

The tiny structural changes were normal and likely caused by periodic changes of the water level, temperature and the uneven distribution of gravity across the 185-meter-high, 2,309-meter-long dam.

The Three Gorges Dam－on the Yangtze River in Yichang, Hubei province－is the largest hydroelectric project in the world, with 26 hydropower turbogenerators. Last year, it was capable of producing 100 billion kilowatt-hours of electricity a year, saving around 31.9 million metric tons of coal, the China Three Gorges Corporation said in late 2018.

The China Aerospace Science and Technology Corporation recently used its Gaofen-6 earth observation satellite to take a high-definition photo of the Three Gorges Dam to debunk the rumors. The photo showed the structure of the dam is perfectly normal.

Satellite images could be malformed due to the influence of temperature, weather, the Earth's rotation and many other factors, People's Daily reported. As a result, many satellite images required additional calibration and data to be accurate.

In addition, China uses a different digital mapping coordinate standard－GCJ-02－as opposed to the more commonly used World Geodetic System 1984. That means the algorithms used to calculate GPS coordinates are different, and this has a slight affect on the accuracy of final image results.

China's Surveying and Mapping Law says only government-authorized map makers can make maps in China. This is meant to protect the security of geospatial information for uses ranging from ecological protection to national defense.