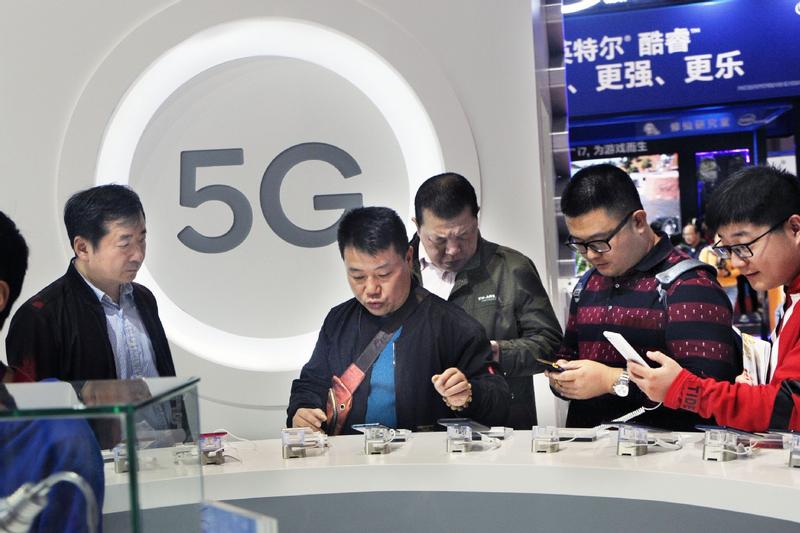 China is set to become the world's largest 5G market, with 460 million users of the next-generation superfast network by 2025, according to a report released on Wednesday.

This is expected to occur as the nation plays a pioneering role in constructing the network and experimenting with cutting-edge applications such as remote surgeries, the report read.

The user number in China is forecast to be higher than that of Europe (205 million) and the United States (187 million) combined, according to the report released in Beijing by the Global System for Mobile Communications Association, which represents the interests of more than 750 mobile operators worldwide.

... Chinese mobile operators are now set to invest a further US$58 billion over the next two years to prepare for and begin 5G rollouts, laying the groundwork for China to become one of the world's leading 5G markets.

Mats Granryd, director general of GSMA, said, "After spending billions over the last decade deploying 4G networks to all corners of the country, Chinese mobile operators are now set to invest a further US$58 billion over the next two years to prepare for and begin 5G rollouts, laying the groundwork for China to become one of the world's leading 5G markets."

Backed by 5G, China's mobile ecosystem is expected to add 6 trillion yuan in value to the national economy in 2023, up from 5.2 trillion yuan last year, the report added.

"China's mobile industry has been a key driver of economic growth, inclusion and modernization－creating a new generation of digital consumers and transforming industry and society," Granryd added.

The report came as China's big three mobile operators－China Mobile, China Unicom and China Telecom－are scrambling to conduct trial operations of 5G systems in a string of cities. They are aiming to fully commercialize the technology in 2020.

Its massive capacity to connect things and extremely fast response speed will bring "revolutionary" changes, such as putting almost everything online to boost efficiency, Hu said.

"These changes are right before our eyes," Hu said. "This year, 5G will also play a vital part in triggering explosive growth in virtual reality and augmented reality because it can solve all the technological bottlenecks that are blocking the industry's development," Hu added.

A doctor in Sanya, Hainan province, remotely manipulated surgical instruments to implant a deep brain stimulator known as a 'brain pacemaker' into the patient who was around 2,500 kilometers away in Beijing.

"The era of 5G is just around the corner, for the global community has moved beyond just talking about network construction. Instead, they are working hard to experiment with application scenarios," Wang said.

China's traditional sectors are showing a strong interest in partnering with telecom companies to explore 5G, he said.

That's significant because one of the greatest promises of 5G lies in its integration with a wide range of sectors, and China can play a leading role in the process, Wang said.