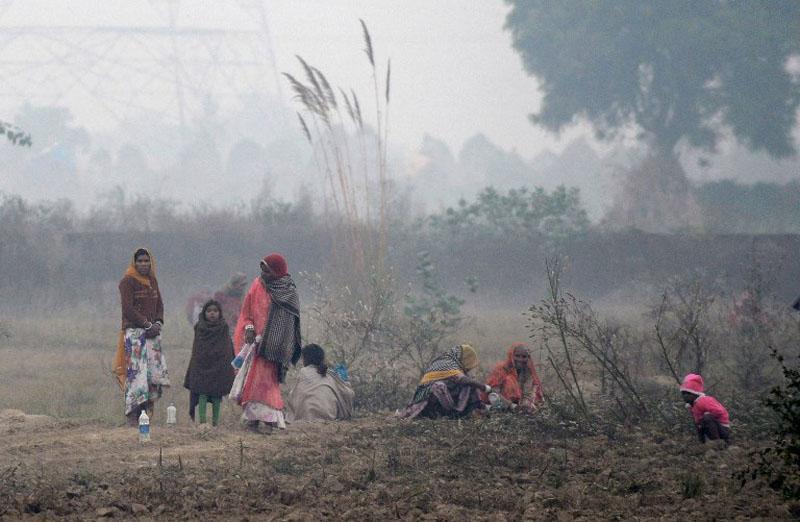 An Indian child (right) defecates in an open field as women and children gather nearby next to a village in Ghaziabad district of Uttar Pradesh state, some 30 km east of New Delhi, on Nov 19, 2015, on International Toilet Day. (PRAKASH SINGH / AFP)

MUMBAI - Going from village to village in India to promote the use of toilets that use worms to break down fecal matter, the team from the Institute for Transformative Technologies (ITT) found young girls to be their biggest champions.

The lack of electricity creates a multitude of problems for women, ranging from snakebites and sexual assaults when going out, to noxious fumes from kerosene lamps at home

The girls, who came with their mothers, quickly understood the merits of these so-called Tiger Toilets, and were eager to have them installed in their homes for privacy and safety.

"We found the family is very influenced by the girl child's opinion on these toilets, and that they are also instrumental in changing the family's behaviour, which is key to their use and adoption," said Nupur Kapoor, head of ITT's India operations.

"Young girls are better able to communicate how the toilets address their concerns of privacy and safety, which older women may be shy or ashamed to talk about," she said.

Hundreds of Tiger Toilets have been installed in rural homes in India. They are among several social innovations that are benefiting villagers while also empowering women and making them feel safer, even if these are not the primary goals.

About 60 percent of India's population of 1.25 billion people does not have access to adequate sanitation. This has led to open defecation, which causes tens of thousands of diarrhoeal deaths and millions of cases of chronic malnutrition every year.

It also poses the risk of sexual and physical attack for women and girls when they go out in the fields to relieve themselves, particularly in villages which also lack lighting.

Rural electrification can improve the safety of women who avoid moving around after dark for fear of violence.

It can also free up time for activities that generate income by reducing the amount of time women spend on domestic chores and by lengthening their day, according to a report from the International Center for Research on Women (ICRW).

But when it comes to energy access, women are more likely to be excluded, said the report released last week in partnership with The Rockefeller Foundation.

Nearly a fourth of India's population has no electricity, while many more Indians - particularly in rural areas - don't have reliable access to power.

Extending the main grid to rural areas is a challenge.

But falling costs of solar power and Prime Minister Narendra Modi's pledge to supply power to every citizen by 2019, have encouraged the spread of solar mini-grids in Bihar, Uttar Pradesh and Jharkhand, among the poorest states.

Solar mini-grids can improve electricity access in villages more quickly and cheaply than extending the main grid, the Renewable Energy and Energy Efficiency Partnership (REEEP) said in a report this month. 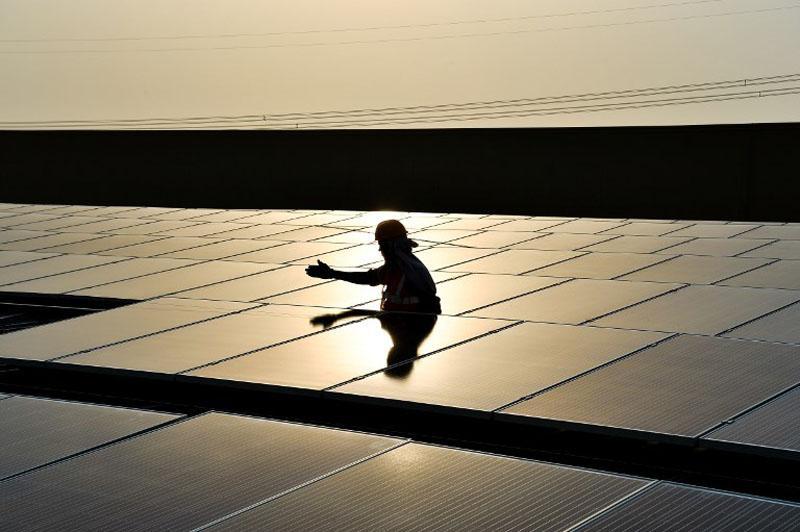 In this photograph taken on May 16, 2017, an Indian labourer installs solar panels at a site in Greater Noida, some 45km east of the capital New Delhi. Solar power prices in India have hit rock bottom, but it is not all good news for the electricity-starved country as the phenomenon has hit investor confidence and threatens the country's effort to push its green credentials. (CHANDAN KHANNA / AFP)

They are also more environmentally-friendly - mitigating climate change and improving quality of life, it said.

Children studied longer and businesses made more money in villages with mini-grids, REEEP said, citing the Rockefeller Foundation's data from Jharkhand, Bihar and Uttar Pradesh, where less than 10 percent of homes are connected to the main grid.

In addition, nearly 87 percent of women said they were less apprehensive about their safety after dark, it said.

This is significant, as Uttar Pradesh and Bihar accounted for the most number of assaults, kidnappings and rapes of women last year, according to government data.

"The lack of electricity creates a multitude of problems for women, ranging from snakebites and sexual assaults when going out, to noxious fumes from kerosene lamps at home," said Viraj Gada of the Global Off-Grid Lighting Association.

"Even a small solar lamp improves the mobility and safety of women, who can also work longer hours and earn an additional income. This benefits the family, with more spent on children's education and healthcare, and better nutrition," he said.

Solar lamps are particularly suited for women, as they are largely sold with microfinance initiatives through self-help groups, where women are more empowered to take decisions, he told the Thomson Reuters Foundation.

Innovations such as smokeless stoves that use biomass or household water pumps have also helped reduce women's burdens and improve their health and safety, as they need not go long distances to fetch firewood or water.

"Designing appliances with women's preferences in mind" is essential to the well-being of the entire family, and having women involved in the sale and maintenance of these appliances increases their adoption by other women, the ICRW report said.

In the villages that Kapoor and her team have visited to talk about Tiger Toilets, a toilet for the home does not rank as high on the wishlist as a television or a mobile phone.

But by encouraging women and girls to speak up about their issues with safety and privacy, men can come around, she said.

Just how important the toilets are is easy to see: "Once installed, women and girls use these toilets more consistently than men. They were much more in need of them," she said.